Home Article Ina Garten Is Celebrating 50 Years Of Married Life With Jeffrey Garten; See Their Magical Journey As A Husband And Wife

Ina Garten Is Celebrating 50 Years Of Married Life With Jeffrey Garten; See Their Magical Journey As A Husband And Wife 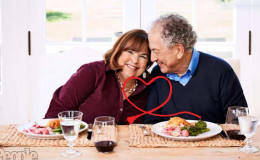 Ina Garten is Emmy Award-winning Chef and entrepreneur, known for her franchise 'Barefoot Contessa'. Garten is happily married to Jeffrey Garten and resides in East Hampton.

If you have watched Barefoot Contessa show on Food Network, you must be familiar with the dashing and beautiful host of the show Ina Garten. The show has become a household name in America.

Ina Garten is enjoying a happy conjugal life with Jeffrey Garten since 1968. They have shown no sign of divorce and are still going strong. Aside from show Barefoot Contessa, Ina is known for Barefoot Contessa Store, cookbook, merchandises, pantry and other home products like sauce.

Keeping aside her career in Food industry, let's read further about the details of her marital life and children below.

Ina Garten and Jeffrey Garten have been married for 50 years and are giving serious couple goals to other couples out there.

Their love story started in 1964; when freshman Jeffrey got the first glimpse of 16-years old teen Ina in Dartmouth Campus and fell for her charm and beauty. He recalls gazing out of library window and admire Ina's beauty and telling his roommate about her. 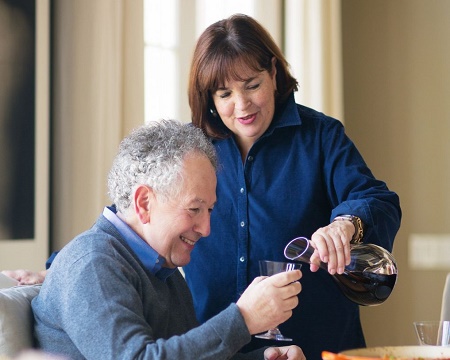 Ina and Jeffrey Garten are still going strong in their marriage
Source: Buzzfeed

Thanks to his roommate's contact with Ina's friend; Jeffrey went on a date with Ina for the first time that very night. But, their date was awkward and nothing happened between them. So, without losing his hope, Jeffrey wrote a romantic love letter to her. 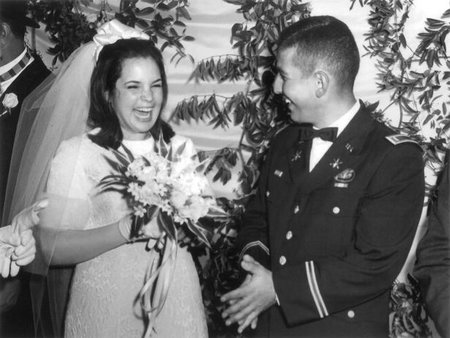 Ina and Jeffrey Garten during their wedding photograph
Source: People

Months later, they finally went on a decent date; when Jeffrey picked her up for her parent's home in Stamford. They went to Port Chester, New York and tried to drink beer, but were denied due to age restriction.

However, on that date, they turned their disaster start into a memorable one by drinking freshly brewed coffee in Westport. 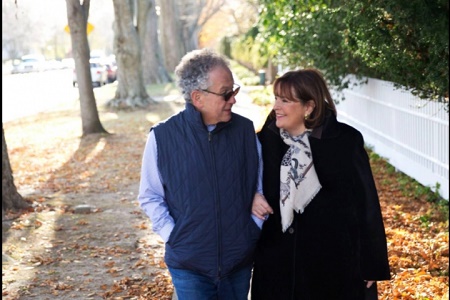 Ina and Jeffrey decided to tie the nuptial knot on December 22, 1968. They got married in her parent's home in Stamford. Shortly after their marriage, Jeffrey enlisted in the military and Ina became a military wife.

After marriage, the couple decided to relocate to Fort Bragg, North Carolina. The couple has gone on romantic getaways to various destinations in places like Miami, Paris, etc. their trip to Paris in 1972 was romantic and memorable for them.

Ina and Jeffrey have immense love, respect, mutual admiration, trust and loyalty between each other. They do not let their professional lives hamper their relationship. For 50 years, they have been together with each other.

While Ina is busy with her Barefoot Contessa show, cookbook, and franchise; Jeffrey is busy as the professor of International Trade, Finance, and Business at Yale University. The couple divides their time between Manhattan, East Hampton, and Paris.

About Jeffrey, Ina feels that he is totally supportive, adorable, smart and funny person. She claims that Jeffrey is 'the first feminist' man she has ever been acquainted with.

No matter how busy or occupied are they with their respective works; they never miss out to call or text. They regularly meet for dinner and catch up on things, every Thursday. If they cannot meet on Thursday, they meet on Friday.

48 years and I'm just getting started!

It is also reported that the couple has always shown their love out in the open. They are often seen attending programs and event together. Jeffrey manages to appear in his lovely wife's show on Food Network and help her out in preparing dishes and tasting her culinary delights.

They are the true definition of long-lasting love and affection. Even after decades of their marriage, their love hasn't declined and their bond seems to have been stronger than before. They consider each other the most important things in their lives. 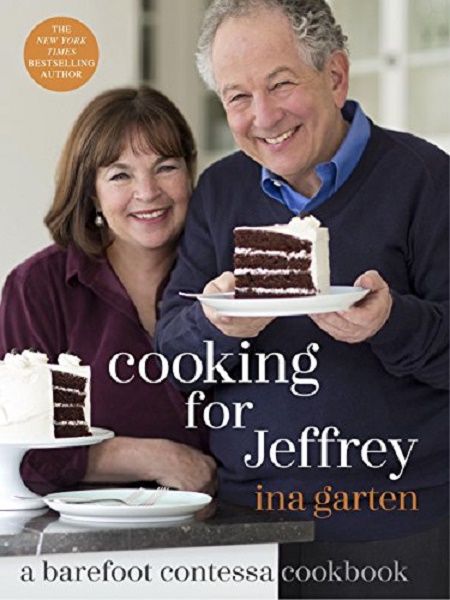 Cover of her 2016 cookbook 'Cooking for Jeffrey'
Source: Amazon

The couple hasn't given birth to any children as they never felt the need for the parenthood. They also didn't get any pressure from family and society to procreate babies. They do not even own pet in their home. Ina doesn't believe that not having child or pet is secret to her successful marriage at all.

Ina Garten started cooking as a time pass at first. She slowly developed love and passion for culinary and started practicing more. During their four months long trip to Paris, she developed love and appetite for the French cuisine. During her stay there, she was acquainted with open-air markets, produce stands, and fresh cooking ingredients and cooking style.

She learned her culinary skills with the help of Julia Child's cookbook and later refined her skills upon relocating to Washington D.C. There, she also worked at the White House and studied MBA at George Washington University. Jeffrey worked at Us department of State and completed his graduate studies.

Ina Garten left her lucrative government job in 1978 and invested in Barefoot Contessa in Westhampton Beach, New York. After owning the store, she didn't change the name of the store. 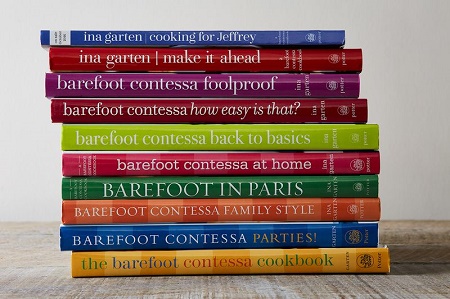 In 1985, she shifted her store to East Hampton. In 1996, she sold her store to her former employees. She then started a coffee business, studied stock market and launched her website Barefoot Contessa, which became popular.

Till now, Ina has published ten cookbooks, which have sold more than ten million copies.  In 2016, she released her cookbook titled 'Cooking for Jeffrey' in honor of her loving hubby Jeffrey. 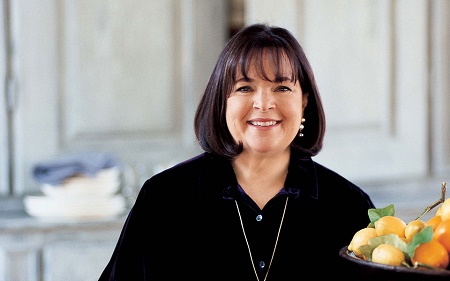