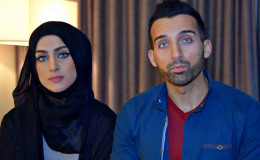 When two well-renowned personalities get too cosy on social media, speculations are bound to happen. It becomes increasingly difficult to differentiate real life dating endeavours with those portrayed on Youtube videos. The common curiosity - 'Are they really dating or are they playing a part?'

Sham Idrees and Queen Froggy are rumored to be married based on how they get on in Sham's Youtube videos. But is there any truth behind it?

Although there are several speculations that Sham Idrees is married to Queen Froggy (real name Seher), this is not actually the case. She is just a frequent collaborator in his comedy skit videos where Seher features as his wife and girlfriend. 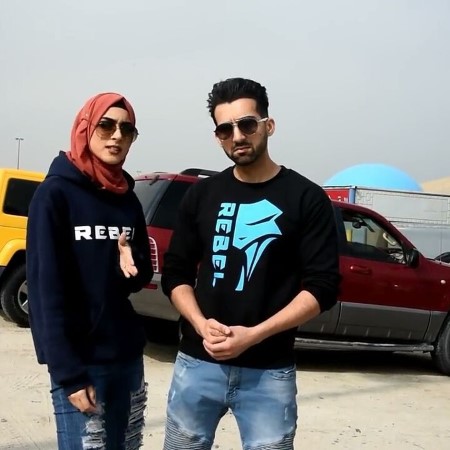 The duo is just very good friends who are committed to supporting each other and uplifting each other's careers. Sham has mentioned several times in his vlog that they just play as the characters in his videos.

Moreover, the pair is great friends in real lives and Froggy is very close to his family. However, there is no love connection there. So we can safely say Sham Idrees is not in a relationship and not married yet.

Recently, the Youtuber wished Froggy a happy birthday on Instagram.

Earlier, Idrees was rumored to be dating Nayab Khan, another girl who frequently featured in his videos. Sham clicked some cozy pictures with Nayab back in 2014 which reached social media, sparking rumors of a dating relationship at the time.

Khan's tweets back in 2013 and 2014 suggested the duo was pretty close. On 25th February 2014, she expressed her gratitude towards the Youtuber on Twitter for saving her life and staying up all night taking care of her. The speculations definitely carried some weight back then.

However, this rumor was never confirmed by either party. In fact, Sham has never publicly spoken about his romantic life.

Sham Idrees is one rising star who appears keen to flaunt photos of his parents on his social media accounts. He posed with his father on a sports bike and posted it on his Twitter account earlier in July 2018.

Dear Abu, Thank you for being the coolest father i could have ever wished for. I love you  pic.twitter.com/DZRhVMJUqN

Sham thanked his dad for being the coolest father he could ever wish for. Previously in 2016, he posted a picture with his father which he captioned "Me and the most amazing father. Thank u for always being there Dad".

Me and the most amazing father. Thank u for always being there Dad pic.twitter.com/MkGujX6LRM

His sister Anna also occasionally appears on his vlogs. The Canadian singer took his mother and sister on a road trip to Niagara Falls which he shared to his fans.

Anna got married in August 2018. The brother took to Instagram on 16th August to express his feelings upon his sister's impending wedding. He wrote: "excited for my sister’s wedding this month! I’m going to miss these random photo poses and all the times i have enjoyed annoying you"

So excited for my sister’s wedding this month! I’m going to miss these random photo poses and all the times i have enjoyed annoying you

On 24th August 2018, Indrees shared the wedding pictures where he congratulated the new couple and blessed their marriage with prayers.

My beautiful sister all grown up and married. Congrats Anoosh and Sarim. May Allah bless your marriage. Our prayers are always with you. Say Mashaa’Allah

This Youtube star definitely seems to carry an amazing bond with his family!

Months after surprising fans about their engagement, the Pakistani social media star married his fiancee and made the announcement of the big day via social media on 31st December 2018.

You’ve been there from the start. My best friend became the love of my life. Say Mashaa’Allah @queenfroggy #ShamOSaher : @marzphotography

Days later, he uploaded a video of his marriage via YouTube which gained millions of views on the platform.

The lovely couple is enjoying the new phase of their life as a legally wedded husband and wife.

He feels blessed to have Froggy as his life partner. We wish their all the very best for their future wellbeing. 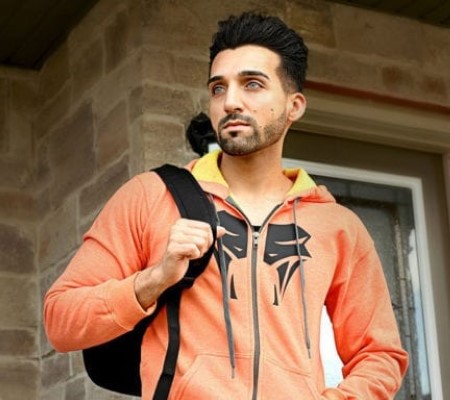