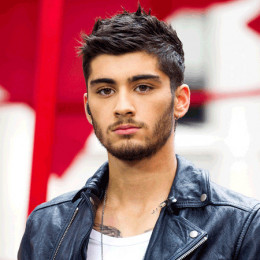 Zain Javadd Malik commonly known as "Zayn Malik", is a singer and songwriter. He is worldwide famous as an ex-member of the boy band One Direction. He has now signed a solo recording contract with RCA Records. With the band One Direction, their debut album, Up All Night went at no.1 on the U.S. Billboard charts.

Zayan Malik is neither married not dating anyone as of 2019. A year back, Malik dated a famous fashion model, Gigi Hadid. The couple started dating in 2015 but at first, they denied their relationship. They started their relationship after Zayn broke up her ex-girlfriend Perrie Edwards for which he was bashed by his fans.

A year later, the couple made their relationship public at the Met Gala. After dating for months, the couple was rumored to be engaged. When people were waiting to see them married, they deiced to get separated.

In 2018, the famous ex-couple broke up after dating for almost two years. Malik moreover announced the split up via his Twitter account.

After the separation, Malik remained single whereas Gigi is reportedly dating Tyler Cameron. They spent a late-night date in August 2019. However, by the end of 2019, Hadid and Malik were together again.

In April 2020, it was revealed by TMZ, that Zayn Malik would become a father by the end of September 2020 as his girlfriend Gigi Hadid is pregnant with their first child. As a matter of fact, as of late April 2020, Hadid is 20 weeks into her pregnancy.

The pregnancy news only arrives shortly after Malik celebrated Hadid's 25th birthday at the model's family farm in Pennsylvania. Many fans and celebrities congratulated the couple on social media.

Fellow 1D member and friend, Liam Payne also congratulated the couple on the pregnancy news on his YouTube video.

One Direction star, Zayn Malik has a net worth of $65 million. The star makes the amount from his career as a singer.