Home Article Is Actor Sal Vulcano Married? Know about his Affair and Relation.

Is Actor Sal Vulcano Married? Know about his Affair and Relation. 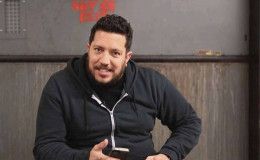 Sal Vulcano was born on November 6, 1976 in Staten Island, New York City, New York, USA as Salvatore Edward Anthony Vulcano. He is a producer and actor, known for Impractical Jokers (2011).

If you are a fan of pranks and impractical jokes, you sure would recognize the legendary Sal Vulcano, one of the members of the four-man comedy troupe "The Tenderloin."

With his hidden camera show "The Impractical Jokers", he has gathered millions of his fan on YouTube and Instagram. As funny as he seems on the camera, is he same in the real life? What's he like when he is love? and why is Sal not dating anyone? This kind of question obviously pops up in the mind of his fans.

So let's find out whether the "funny guy" has ever been in any serious relationship or married.

Sal in his 40's is still single and has not tied the knot yet. Also, our sources reported that he has not been linked with any woman so far and there's limited information about 'the woman' of his life.

Perhaps, he might be dating someone and he does not want to make a fuss in the media about his relationship or perhaps he's super busy with his work and has not thought about settling down anytime soon.

Well, only time will reveal this mystery.

It seems like he is enjoying his single life for now and still waiting for the perfect woman. Although he does all these embarrassing things on TV and shares everything about his profession, he has remained low profile in private matters.

Sal once tweeted about his "imaginary wife"

Recently, on October, Sal left his fan puzzled as he tweeted about his mysterious wife. He wrote:

"My wife told me to take her someplace she's never been and I told her try the kitchen bc we just finished remodeling a few minutes ago".

This made all his fans go crazy who also thought that this was one of his jokes. However, he has not clarified this mystery yet and we too believe that he is still an eligible bachelor.

Also, he only posts photos of his work and Impractical joker's team on his Instagram page with only a little information about his personal life.

#Repost @thestandnyc with @repostapp ··· Tonight's Frantic! is part of the Free Standup Festival and all free tickets have been claimed! However, there will be a standby list at the door until 15 minutes after show start. Come on down!

Vulcano is rumored to be gay

Most of you might think he's probably "Gay" as he has no girlfriend or wife, but sources report that he has been rumored to be gay a couple of times.

This came as a shock to all of his fans when he confessed that he is a gay on a national television show, in front of his teammates and the studio audience.

However, later on, Sal completely denied it and explained that he said it only to inspire Murray to confess too, who apparently did!!

They are far too mischievous to handle and sometimes do too much of comedy leaving fans falling off their seats. Here's a video where he announced he being gay on the Daytime Talk Show hosted by Sally Jessy.

Though Sal and rest of the casts are hilarious onscreen, they still are private when it comes to their personal lives.

Through the show, we came to know a lot about Sal as a person, like how he hates being surrounded by sick people or the way he laughs so hard that he literally falls off every time.

However, the queries regarding his dating life have still not been answered.

If you want to know more about Sal and his hit show "Impractical Jokers", here's a video of Joe Gatto, James Murray, and Sal Vulcano (aka The Tenderloins) talking about their TV series "The Impractical Jokers"

Well, it so unfair to all the viewers, that this talented actor has not shown the real side of him yet. We want him to be outspoken about his personal life too and see him settle down soon.

Also see: Is Sal Vulcano a gay? Is he married or has a girlfriend?