Home Article Is Actress Ivy Latimer dating someone? Know about her boyfriend

Is Actress Ivy Latimer dating someone? Know about her boyfriend 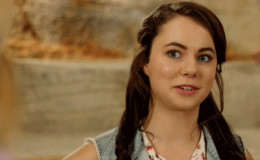 In a nutshell, actress Ivy Latimer is not dating yet, there was no any rumors on social media still beside this, she is happy with her profession.

Ivy Joy Latimer is an Australian actress who is best known for portraying Nixie on the TV series of 'Mako: Islands of secrets.'

There are no rumors or gossips about her dating life as she is a very private person. We can assume that her personal life is going well just like her acting career.

Let’s try to find out more about her personal life below.

As Ivy is a very private person she has made very difficult for us to know about her boyfriend and dating life.

She is possibly single and happy in her own life. The 22-year-old actress is so focused on her career that she has no time to maintain her personal relationship. She was born in Ventura, California, United States and later she went to Australia and started her career as an actress.

Latimer attended the Hunter School of Performing Arts in Broadmeadow. In 2007, she participated, along with some classmates, in the amateur film festival Shoot Out and won the second place. Likewise, from 2010 to 2011, she represented Angela Carlson, a girl who hates monsters, in the series of “Me and My Monster”.

Ivy Latimer; on Me and My Monsters Season 1 Episode 1:

In May 2012, she landed the role of Nixie, one of the main mermaid roles in season one of Mako: Island of secrets.

From that day her career has reached a peak. Later in July 2014, she hosted the TV series Studio 3.

Latimer was inspired by Gilda Radner, who is an American comedian and actress. Latimer said, “I can’t even put it into words how unique and beautiful her work is. I can only imagine how she would light up a room”.

Before fame, she made her television debut in an episode of All Saints in 2002. In 2009 she did a movie, “Accidents Happen” as a Linda Conway.

In her opinion, happiness is “it has something to do with being true to yourself”. What a great thought.

She is a very humble and nice person and she will be an amazing wife and a mother. We wish her to find someone special very soon and start a family of her own.