Home Article Is Actress Marnie Alton Dating? Who is her Boyfriend? Know about the Relationship Status

Is Actress Marnie Alton Dating? Who is her Boyfriend? Know about the Relationship Status 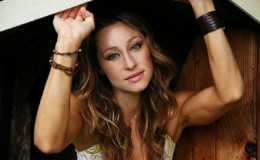 The beautiful actress pus musician, Marnie Alton is possibly single in present days. She is not so open up about her relationship status to the media and audience.

She is gorgeous, talented and a multi-talented star but prefers to live under a radar. We are talking about the stunning Canadian actress, Marnie Alton, who is best known for the Logo series, Exes and Ohs and #Hashtag.

Today, let us take a look at her life and know about her dating life, affairs, and relationship.

Marnie is most possibly single as no such clues are revealed which can prove her affair. However, she is so beautiful that it is a bit impossible to believe that she does not have a boyfriend.

Either she is hiding the truth from the media or she is so focused on her professional life that she does not want any other disturbance in her life. 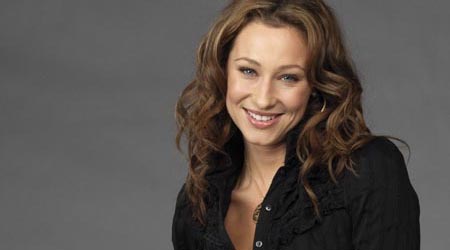 She portrayed the role of a lesbian in the series, #Hashtag. Her acting was so convenient that the audiences were confused about her sexuality.

People actually thought her to be a lesbian but she has never openly expressed her sexuality out in the media so we actually cannot say anything.

As of now, she is single and is not in a relationship with anyone.

Marnie's Journey as an Actress

Marnie began her career from 2000. She appeared on the series including The Outer Limits, Level 9 by Michael Connelly and John Sacret Young and Cabin by Lake with the cast members Judd Nelson and Hedy Burress.

After that, she appeared in many movies as well as many TV series too like Sanctimony, MVP: Most Vertical Primate, IN Hell, Love on the Side, True Calling, The Twilight Zone and much more. 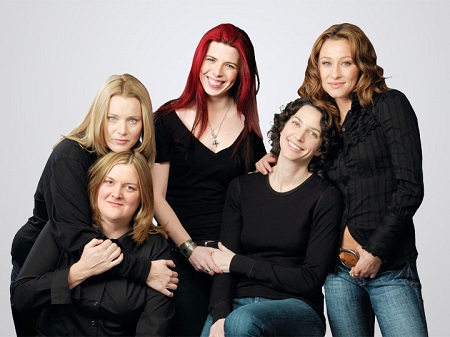 But she gained much of the popularity from the series Exes & Ohs in 2007 with the star cast Michelle Paradise, Megan Cavanag, Angela Feathertone and Heather Matarazzo.

She also grabbed huge attention from the audiences from the lesbian web series, #Hashtag with the star cast, Caitlin Bergh and Laura Zak. 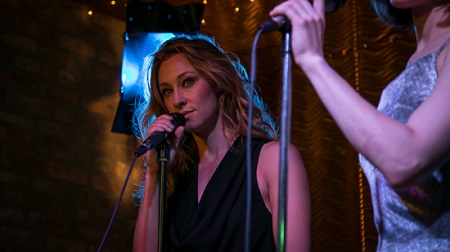 A click from the set of #Hashtag, Source: AfterEllen

Besides acting she is also engaged in singing. Marnie composed the music for her featured movie, Cowgirl Up and also sang several songs including If I Loved You More. 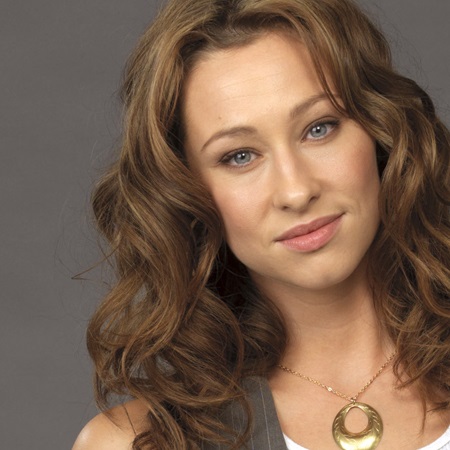