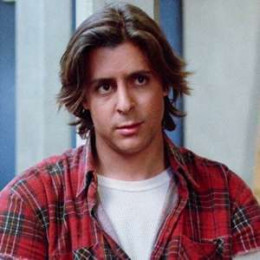 Judd Nelson is an actor, producer, and a screenwriter. He is best known for his role as John Bender in “The Breakfast Club”. Judd Nelson is the son of Merle, a court mediator and former member of the Maine state legislature, and father Leonard Nelson, a corporate lawyer. Judd attended high school at Waynflete School in Portland. He made his first film 'Making the Grade' in 1984.

In accordance with her public profile, Judd Nelson is currently single. He was once in a relationship with Sheila Lussier in 2003 but they broke up in the year of 2005.

He was also in a relationship with Tracy Dali in 2003 but both broke up their relationship in 1999. He dated Shannen Doherty in 1993 as well as Faye Resnick, Samantha Phillips, Sharise Neil and Tabitha Stevens. So far, he has never faced any controversy in his life.

Judd Asher Nelson was born on 28 November 1959 in Portland, Maine.

He is renowned for his performance as John Bender in The Breakfast Club and as Alec Newbary in St. Elmo's Fire.