Home Article Is actress Molly Quinn dating someone? Know about her professional and personal life

Is actress Molly Quinn dating someone? Know about her professional and personal life 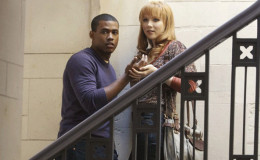 Molly Caitlyn Quinn(born October 8, 1993 in Texarkana, Texas) is an American actress—credited as Molly C. Quinn since 2013—whose work includes theatre, film, and television.

The 24-year-old actress has won the hearts of millions of fans with her exceptional beauty and strong on-screen presence in her role. Similarly, Molly has raised a sense of curiosity among her fans about her personal life and affairs. Is she dating anyone or already in a relationship?

Let's find out more in detail.

Is Actress Molly Quinn Dating Anyone? Who Is Her Boyfriend?

According to our sources, Molly Quinn, who also starred in Disney Channel Original Movie Avalon High is currently single and not seeing anybody.

Although she is exclusive on screen, Molly has kept her personal life away from the media and tabloids.

Similarly, she has not revealed any information about her relationship history or dating profile. So, as for now, Molly is enjoying her single life, and she's still an eligible bachelorette.

Quinn is only focusing on her growing career and probably not looking for any relationship troubles.

Molly Quinn is currently dating The Bachelor producer Elan Gale. The couple first met on the sets of Avalon High. Though there were several rumors of their relationship, the duo never confirmed till 2016. Both Quinn and Gale seem pretty much in love, and we can witness that through their Instagram posts.

Quinn most recently wished Valentine's day to her beau with a heart-melting message.

"To my wild valentine... I love ya, even when you’re tired and cranky. Even then, you’re pretty damn cute. Like an upset pigeon. You’re my adorable, lovable, upset pigeon."

"Ingredients for a perfect weekend: 1. Unexpectedly sunny day in NYC. 2. Wonderful girlfriend with terrifying eyelash manicure 3. Bagel with cream cheese, lox, onions AND CAPERS, yes capers don’t come at me with your anti-caper bullshit they are important!"

Molly Quinn Was Rumored To Be Dating Christopher Taravez

The young and beautiful actress Molly was rumored to be dating her co-actor of Avalon High six years ago.

The pair met on the set of the movie and sources reports that they started dating after that. However, there has not been any plausible evidence to prove this alleged affair, and both are not seeing anyone as for now.

On an interview with relatemag.com, Christopher openly told the sources that he is currently single and not dating anyone. He also praised his

He also praised his co-actor, Molly, and Brittany; how marvelous their acting skills are and how nice Molly is, designing her own jewelry and handing him one too!.

He also explained what kind of woman he would want in his life with the magazine and said:

"As for now, I am single. The main characteristics I look for in a girl are just a fun-loving personality, great smile, someone that can be 100 percent comfortable around me and love me for ME and my wacky self."

Born in Texarkana, Texas, Molly has that passion and zeal for acting since she was a six-year-old. Pursuing her career in acting, she got her first break in 2011 when she did and English-overdub role of lead character "Princess Bloom" in Nickelodeon

Later in March 2014, Molly did her voice dub of the sentient computer 'Fey' in the episode "Numbers" of the podcast series Welcome to Night Vale.

Similarly, she grabbed a lot of attention and praise when she appeared on the ABC mystery drama series Castle as Alexis Castle, the lead character's daughter.

When not working, she spends most of her time with her brother and family members, going for dinners and parties.

Well, we wish her all the best wishes for her future endeavors.