Multi-talented personality Paris Hilton is an icon and source of inspiration for many women across the globe. She's a successful businesswoman, socialite, actress, and media personality. The star has achieved her goals so far in her profession. But what about her personal life? Is she very happy with it?

The couple who was at The Daily front Row launch in Miami on Wednesday 6th December were all over each other during the event. Paris in a thigh-skimming leopard print mini-dress was seen kissing and cuddling Chris.

The 36-year-old media personality finally seems to have found her perfect match. She is currently dating American actor, and model Chris and the pair officially announced to be an item back in February this year.

The Hottie and the Nottie actress recently went on a romantic trip with her boyfriend in Sydney's Taronga Zoo on 1st December 2017. The blonde beauty rocked a safari-inspired beige dress and heels for the trip.

Meanwhile, Chris was in casual attire. He seemed very busy taking snaps of animals' also clicked beautiful images of the starlet as she posed with the aminals over there. The socialite is known for her love of animals. She has some dogs at her home in Los Angeles.

Hilton was previously in a relationship with Thomas Gross, but the duo broke up after a year in 2016.

Paris and The Leftovers actor Chris have been the talk of the town for a long time, and if we believe in rumors, they will soon get married.

As per a report on Pagesix,

"They have never been happier and they make the perfect couple."

Their romance speculations started when the 36-year-old hotel heiress posted a series of Instagram posts with Chris early this year. The lovely pair were also spotted holding hands at LAX.

Adventures in #Australia with my love.

Paris and Chris knew each other for years before they began dating. Paris explained,

"Chris and I met seven years ago, during an Oscar party being held at the Chateau Marmont. As soon as he walked through the door, we looked at one another; we’re both shy so it took a while, but by the end of the night we couldn’t stop laughing and flirting."

Furthermore, Paris also hinted to Daily Mail Australia that they might get engaged soon. Paris also explained that she's very proud to be with the special guy who makes her feel the most special girl in the world.

"He's always making me feel more confident and compliments me every second."

It seems we will soon hear the wedding bells. 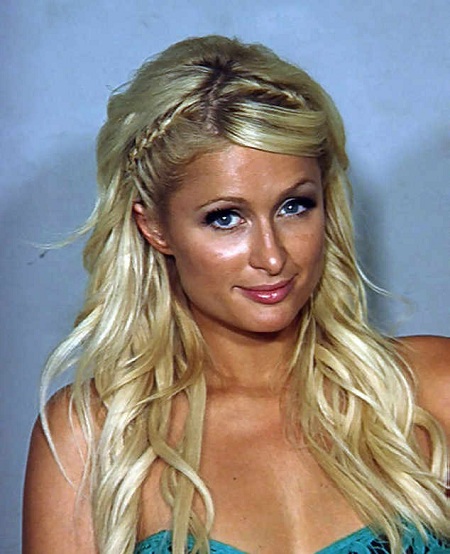