Is American Golfer Paige Spiranac Going to Marry Soon? Know Who is Her Future Husband 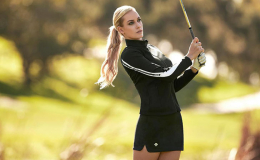 Having practiced Gymnastics, Golfer and model Paige Spiranac is one of the hottest sportspeople in the world which caused troubles in her life with harassment and death threats. That's a disgusting thing to bear however she didn't hide of shame and spoke about it openly.

With all those complications, Paige Spiranac is in a blissful relationship with American baseball player Steven Tinoco. Her boyfriend is supportive and never lets her alone. Well, let's get into the article to find out every detail you might wanna know about her life!

American Golfer Paige Spiranac Relationship With Her Boyfriend; Are They Marrying Soon?

Paige Spiranac is currently in a loving relationship with a baseball player Steven Tinoco. The couple shares a healthy bonding and after dated for a while the couple engaged in December 2016. 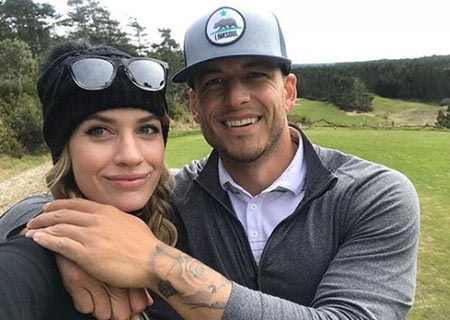 Steven Wishes Paige Spiranac on Her Recent Birthday in March 2018.

They managed to keep their love life secret for long until March 2016 when he first posted a picture of them together. Have a look at the picture where he wishes happy birthday to her with a sweet caption!

Happy happy birthday to this beauty @_paige.renee .. Here's to many more adventures in the future with you with endless laughter and weirdness!!

Since then, the pair have been showering love through social media. He is more often seeing visiting the golf course just to see his lover.

You May Also Like: Radio host Erik Kuselias and Golfer Holly Sonders married life. Do they have any children.?

The lovebirds decided to strengthen their relationship with an engagement as they got engaged in November of 2016. The baseball player took on to his Instagram to share a short video showing the engagement ring. Check out the post!

Way to many countless memories these past 2 weeks, but this one tops them all off by far.. When in Dubai right? @_paige.renee #blessed #shesaidyes #dubai

They've been romantically together for so long and are now on the verge of committing with the marriage. Well, there's no hint about their wedding as of now, but we can expect it anytime soon with the bonding they show for each other.

Paige Spiranac Harassment And Death Threats; Did She Face Cyberbullying?

Golfer Paige Spiranac openly spoke about how she had to deal with harassment and death threats just because of her pictures and videos over the internet. She talks about her bad experience with all kinds of cyberbullying. 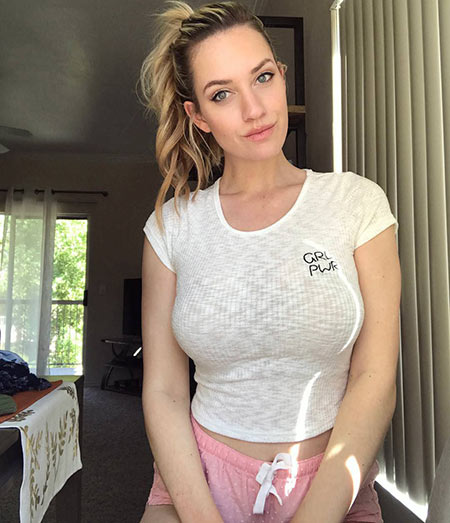 The 26 years old Spiranac was treated unfairly because of her dressing during the sporting event. Talking to The Guardian she said,

"I was harassed, my family was harassed. I was receiving death threats, people were invading my privacy, I was being blackmailed. This was going on whilst I was trying to play."

She added stating how she was treated as if she's famous just because of her body and not her work. She continued,

"When it comes to the golf industry, I know that people see me as a gimmick. I don’t think I am. If I was a guy and I had the same social following, I don’t think people would call it a gimmick. They’d say it was great."

Spiranac openly talked about the criticism she faces due to her body and how people slut-shamed her. Further, she gave a tearful interview to Sports Illustrated Swimsuit on reclaiming her sexuality. Have a look at the video!

The spread of hatred towards her is excessive, however, she made herself strong to stand over all the criticism. We hope to see her strong and stand against all these judgemental opinions. 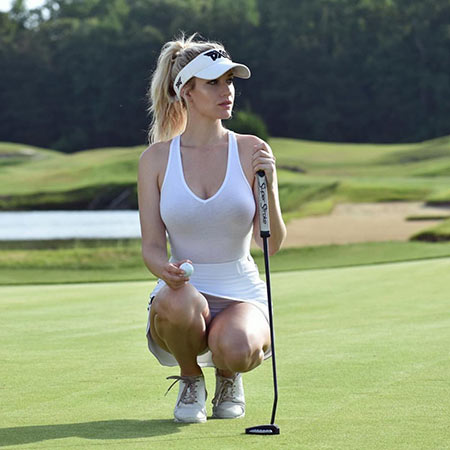 Visit marriedwiki.com/article for information on celebrities!!!