Is Asian-American Actress Annie Q. Dating a Secret Boyfriend? Know Details About Her Relationship and Career. 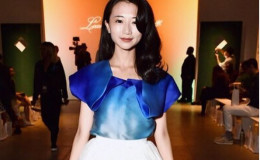 These days "The Leftovers" actress Annie Q. is enjoying her days with the love of her life. Giving her best in a couple of movies and TV series, Annie Q. has become an all-time fan favorite and that's making them so desperate to know who's she dating.

Some sources claim that she's a married woman. Wanna know details about her relationship status? Who is her boyfriend? Let's get all the details below!

Are Annie Q. and Chris Robert still Together?

Annie Q, an American actress, and her beau Chris Robert celebrated their anniversary on July 16, 2019, with a cute snap kissed by Robert. She wrote, "two years today. Here's to many more, my love Chris Robert".

Some of the common things between the two are- fond of wolves, adventure lovers, and romantic. The starlet appeared on the socials for the first time on January 24, 2017. February 15, 2017, was the very first Valentine Day for this duo.

Notably, the Rainmaker film executive began dating her one since December 2016 but officially confirmed it a month later. It seems like, Annie and Chris prefer to wear an "infinity" tattoo rather than the dazzling diamond rings on their fingers.

Annie Q. Seems So Proud Being In a Relationship With Chris Robert: Is The Couple Married?

Appearing in a couple of movies and TV shows, it's not an easy task to grab the attention of the viewers and fans. Well, Annie Q. can be very lucky in this term!

Besides her rising career and popularity, one would always expect her to be single. But guys! there's bad news for you people.

Annie is certainly off the market as her Instagram posts are filled with a guy and he is none other than her boyfriend turned husband Chris Robert.

She tied the knot to her husband Robert on 15th July 2017 in a grand ceremony. The bride looked so gorgeous in a long white gown while the groom looked dapper in black attire.

In one of her Instagram posts, she mentioned that she feels so lucky to marry her best friend.

Recommended: Cause' One Is Too Mainstream! Paris Hilton Is Planning Three weddings With Chris Zylka

The couple is so much into each other that they don't miss a single chance to adore their lovely relationship. Here's the couple celebrating their first marriage anniversary recalling their wedding moments. 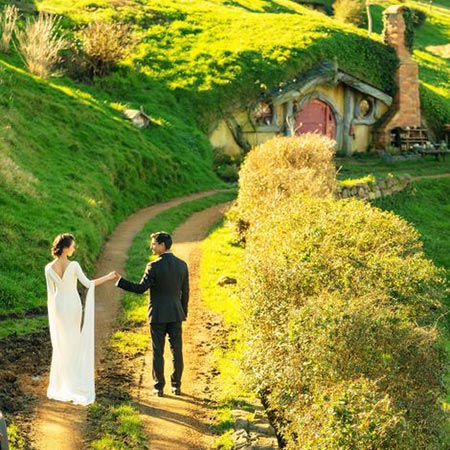 "Happy 1-year of matrimony to my amazing hubz @chrisrob3rt! Everyday with you is full of hijinks & mischievous glances. I wouldn’t have it any other way. I love you, always."

Here's another image of the lovebirds sharing a passionate kiss while enjoying a vacation in China. 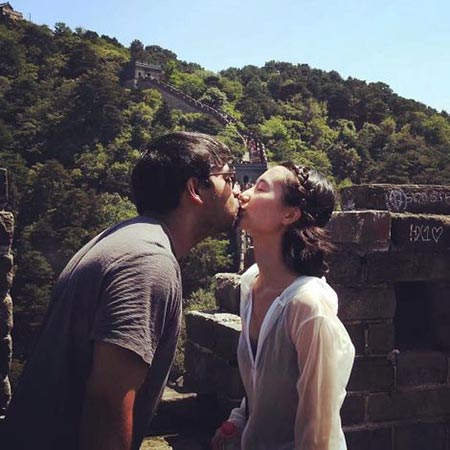 Annie Q. and her husband sharing a passionate kiss
Well, let's wish the happy couple all the very best for their future endeavors. 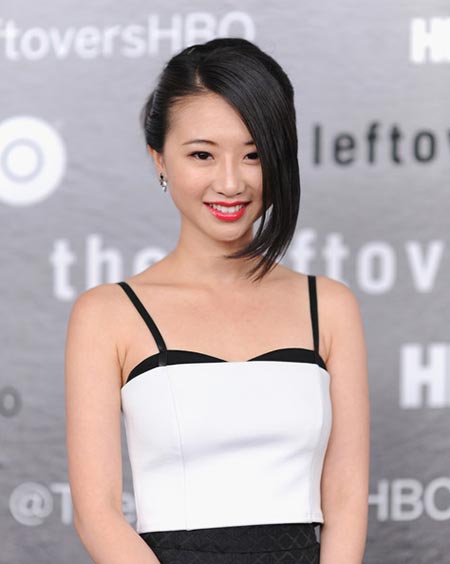