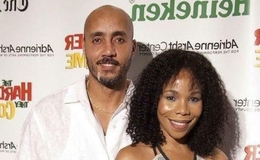 Cedella Marley is the acknowledged eldest biological daughter and descendent of Reggae royalty, Bob Marley and Rita Marley. She is a designer and recording artist who continued her father's legacy as the vocalist of The Melody Makers, founded in 1979.

Cedella Marley, born in 1967, is the biological and eldest Daughter of Reggae legend Bob Marley and Rita Marley. She has been associated as the CEO of her father's record label, Tuff Gong International, since 1993.

The second child born to Bob is a singer like her parents and oversees Hope Road Merchanndising LLC, a Marley family entity that manages Bob's likeness and name rights.

Apart from a successful career, she is blessed with a successful married life. She has a beautiful family and a husband of 29 years. Learn more about her lifestyle, networth, personal life, and children in the article below.

Cedella Marley is a blissfully married woman. She shared the matrimony vows with the true love of her life David Minto. The lovebirds took their relationship to the next step after dating for many years. 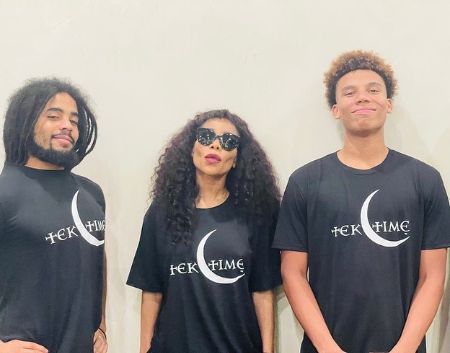 The pair got hitched in a private ceremony held in 1993. Marley and David have been together for nearly three decades without rumors of a possible split, divorce and extra-marital affairs. They have always been loyal and faithful toward one another.

What's more, Cedalla is a proud mother who welcomed three children, Soul Marley, Skip Marley and Saiyan Marley. Skip arrived in this world on 4th June 1996. The couple is still madly in love with each other and still romantically celebrates their wedding anniversary.

The mother to three balances the touring schedule and numerous business endeavors, including women's casual wear collection Catch A Fire, with the responsibilities of motherhood. Cedella's IG handle speaks a lot about her personal life, where she usually features cute snaps of her beautiful family.

What Is Cedalla Marley Up to Now?

What's more, Cedalla became Jamaica Women National Team's benefactor in 2014 and helped raise a big chunk. When the Jamaican women's national football team was disbanded as it wasn't receiving from the nation's football federation, she helped the team to reunite. 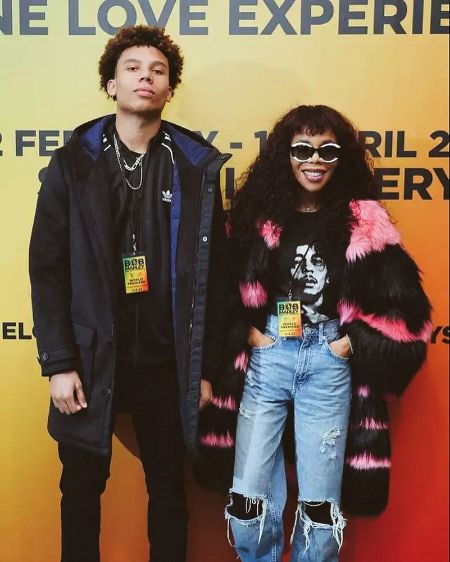 And to surprise, the team qualified for the 2019 Fifa World Cup. Also, she designed the Olympic kit for the Jamaican team honoring his father's legacy. It's one of the proudest moments in her life to be able to do that.

In addition, Cedella inherited her passion for football from his late and lifelong football fan father, Bob Marley. Currently, she serves as a lifelong advocate of philanthropy, being director of the Bob Marley Foundation.

Some of the foundation's current projects include rewarding scholarships and fellowships and qualified individuals to attend academic institutions in Africa, the Caribbean and remote areas. Well, Cedalla is an author of kid's books like Redemption: Reflections on Creating a Better World, Get Up and One Love.

Who is Cedella Marley? Is She Bob Marley's biological Daughter? 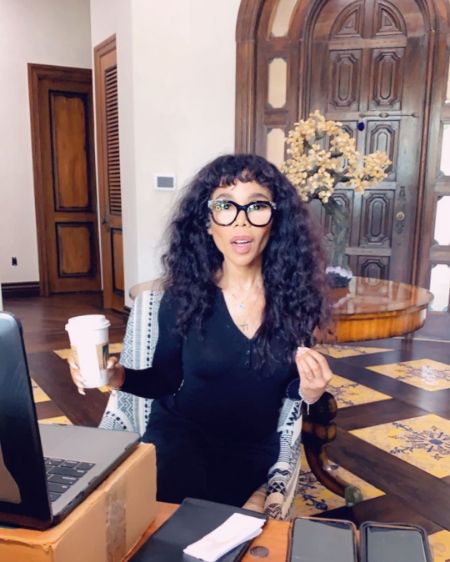 Cedella Marley is the eldest and biological Daughter of Bob Marley. SOURCE: Instagram(@cedellamarley)

The Melody Makers released over ten studios recording. And after the group split in 2002, Cedella appeared in the film, Richard Edson. Not only that, but Cedella also talked during an interview with ESPN about how she came to find out that Reggae Girlz was in financial trouble and saved them from disbanding.

Now let's touch on the legendary singer Bob Marley's 11 well-established and acclaimed children born to seven different women, including three kids from Rita Marley before his ultimately passing at 36.

Who Are the Siblings of Cedella Marley

Bob Marley's children have successfully gone on to various pursuits in adulthood. Most have followed in their father's musical footsteps, while others decided to stay out of the media light. 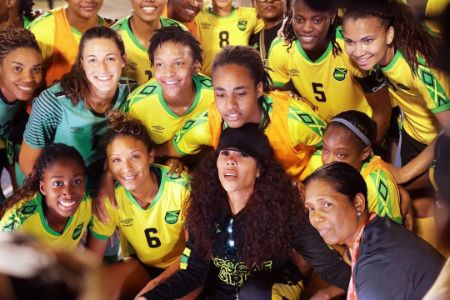 The brother of Cedalla and eldest son of Bob Marley, Ziggy Marley is a five-time Grammy winner who is acclaimed for working in the family band and, in 2010, performed I Love You Too with his mom Rita and sister, Cedalla. He named himself Ziggy after the David Bowie album 'Ziggy Stardust.'

In addition, her sister Sharon Marley continues her work even after leaving the group. She is a community activist and is a married woman. The second brother of Cedella, Stephen, is an eight-time Grammy-winning record producer and collaborated with artists like Nelly and The Fugees.

The next child of Bob Marley and Janet Hunt, born in 1972, Rohan Marley is a former Canadian Football League player and musician. He is also an entrepreneur and co-founded the Tuff Gong clothing line with Cedella. Rohan fathers five kids together with his actress wife, Lauryn Hill.

Like her brother Rohan, Stephanie Marley entered the business and owned the Marley Resort and Spa in Nassau, The Bahamas. The luxury family vacation resort was their family vacation home.

Watch the video of Cedella Marley performing the song I Love You Too with her mom and brother Ziggy.

Born to Bob Marley outside his marriage to Rita, Robert Marley and Karen Marley have chosen to live a private life and kept themselves out of the eyes of the public. There is very less information about them in the media.

Robbie Marley Jr. is another child of Bob Marley, the son of Bob with a woman named Pat William. He pursued a career in graphic arts rather than involving himself in a piece of a music career.

Similarly, Julian is a Rastafarian who has followed his father's footsteps and created music working alongside his siblings. Ky-Mani is another talented reggae musician, having performed with rappers like Shaggy and an actor who played a role in the Jamacian movies One Love and Shotta.

The youngest brother of Cedella Marley, Robbie is a three-time Grammy recipient music artist who has worked with artists like Skrillex and Mick Jagger.