Home Article Is Chandler Massey Married as of 2022? | His Relationship History

Is Chandler Massey Married as of 2022? | His Relationship History 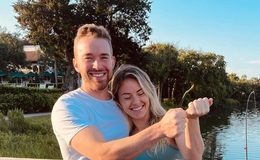 Chandler Massey is a handsome 31-year-old actor who is living a happy life. The online sites suggest he's dating, but what's the truth? His love life is something everyone wants to know.

A man with attractive looks and popularity like Chandler Massey, people expect him to be all around the ladies all his life. What was his former dating life look like? Let's find out from the article below if the actor is currently single, married, or fed up with those dating games.

Regarding his professional career, Chandler auditioned for the character of Will Horton on NBC's daytime drama Days of Our Lives and appeared in the HBO comedy show Eastbound and Down. The blue-eyed's big-screen debut includes the 2012 comedy movie 16-Love.

How's Chandler Massey Married life, or Is He Dating?

The Days of Our Lives cast Chandler Massey is dating his girlfriend and companion Stephanie Bennett. Eastbound and Down actor doesn't hesitate to publicize his relationship. Let's take a look at the picture! 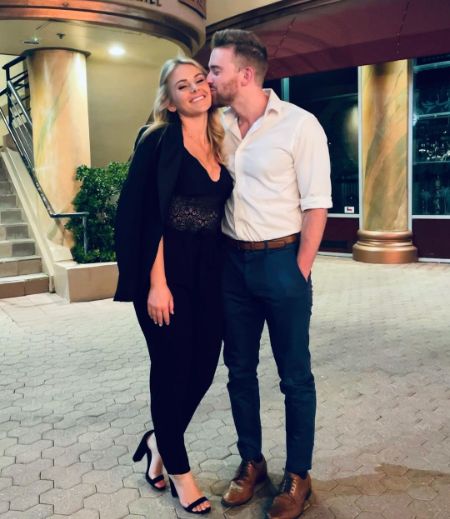 On August 7, 2021, the blonde beauty shared a picture of the two spent together at the Sushi bar. Chandler kissed his girlfriend on her cheeks. Isn't it sweet? Stephanie captioned the post, writing, "What happens when you reach your time limit for taking yourself seriously?

It seems the Daytime Emmy Award-winning actor finally found the love of his life. So are they planning for a step ahead in their life? Are the pair planning for marriage anytime soon? Well, the question is still left unanswered. Perhaps the guy looks to be preparing for a bright future. 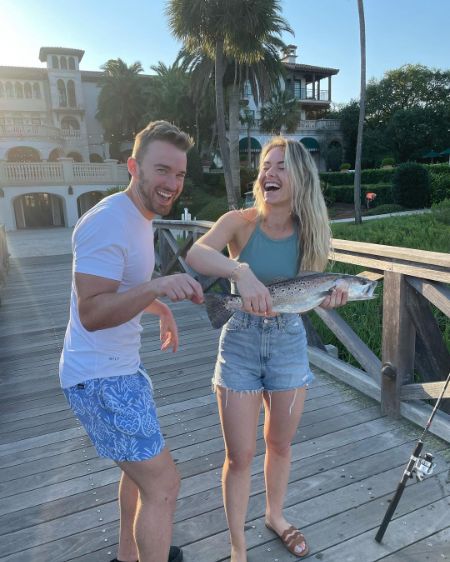 Chandler Massey and his lady love Stephanie Bennett have been together for a long time. SOURCE: Instagram(@realesteph_)

Not to miss, their bonding didn't end there as  Chandler has lately shown off his real-life partner in June 2022. A quick peruse of Chandler's recent Instagram post, Chandler shows a picture of him and his partner carrying a weight of a fish while posing for the camera at Sea Island, Georgia.

Is Chandler Massey Gay or Not?

In Days of Our Lives, Chandler Massey and his co-star Freddie Smith played a character of a gay couple. In the series, Sonny, played by Freddie, is seen taking care of his gay partner Will portrayed by Chandler Massey, as he has a fatal tumor on his head.

Here's the video of 16-Love star Chandler Massey giving tips on talking to a crush.

In reality, Chandler is not gay, as he has been linked to several famed female celebrities. As per Soap Dirt, at the 2018 Emmy Award, Chandler walked on the red carpet with his estranged girlfriend, Tristin Hagen.

After the split with Tristin, Chandler kept his hookup and dating life out of the spotlight for some time. Strangely, someone with his temperament couldn't settle on a committed relationship. What's more, there might be something that caused his lovey-dovey link-up to fail.