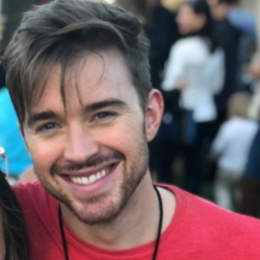 Chandler Massey is an American singer and actor widely popular for
landing the role of Will Horton on the daytime soap opera series Days of Our Lives. Massey received Daytime Emmy Award for Outstanding Younger Actor in a Drama Series subsequently in a row. Notably, Chandler is the first actor to win Daytime Emmy for portraying a gay character.

In the series Days of Our Lives, Will Horton (Chandler Massey) and Sonny Kiriakis (Freddie Smith) got
married for the second time on June 17, 2019. They got engaged on Valentine's Day 2014 with a three-day on-air wedding, calling them husbands on April 3, 2014. 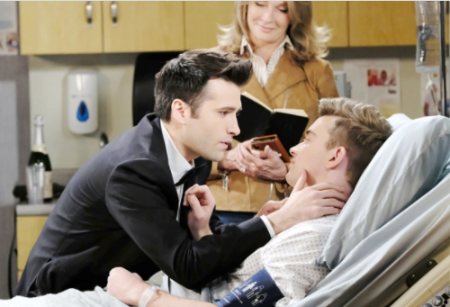 Chandler Massey and Freddie Smith portray a gay couple in Days of our Lives. SOURCE: sap.sheknows.com

In the series, Sonny is seen taking care of his gay partner Will as he still has a fatal tumor hanging over his head. Believe it or not, Sonny gets a miracle cure, and they deserve a bit of love and light. In honor of their impending nuptials, the Days of our Lives pair faces many obstacles on their way to happiness.

Wilson met for the first time in 2011 when Will saw his cousin Abigail Deveraux welcoming Sonny home to Salem with a hug. Wil becomes friends with Sonny and also business partners along with Chad.

Although Sonny was openly gay, it took Will some time to accept his sexuality. But as soon as he was ready, Wil told it to his grandmother Marlena Evans aka Diedre Hall.

Does Chandler Massey have a child?

Despite having feelings for each other, Will and Sonny tackled miscommunication. When Will slept with someone else, his estranged girlfriend, Gabi Hernandez Camila Banus, Will (Chandler Massey) remained mysterious about being the father to Gabi's child. Will and Gabi became a pair and also a strong co-parenting Unit.

Who is Chandler Massey Dating in Real Life?

Chandler Massey has lately shown off his real-life partner in late 2021. The actor is currently dating a lady named Stephanie Bennett. On the Instagram post, Chandler writes, "To the girl who befrends strau cats, bats 1.000, administers facials, and bakes: I Love You", 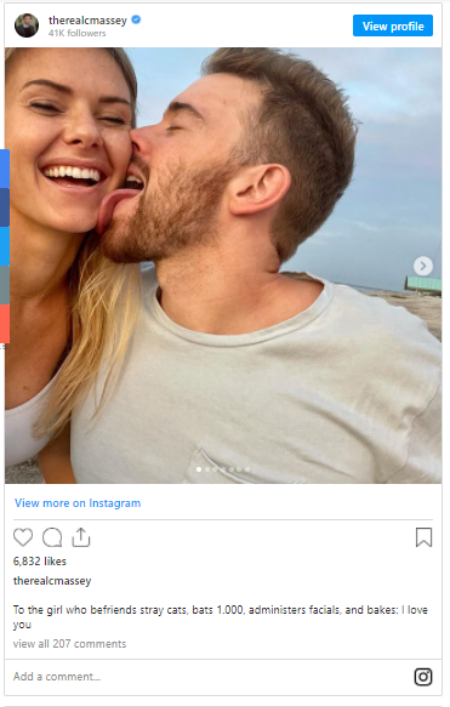 On August 7, 2021, Stephanie uploaded a picture or two at the Sushi bar. Chandler kissed Steph on her chicks. The blonde beauty captioned the post, writing, "What happens when you reach your time limit for taking yourself seriously.

What is Chandler Massey's Net Worth?

Chandler Massey has summoned an estimated net worth of $2.5 million. On average, an actor in the US receives a paycheck of $58,880 annually, which is the basic salary of an actor in the United States.

He started his acting career while studying at Norcross High School. At the time, Massey was an active member of its drama club and participated in school productions. Chandler had been a part of Little Shop of Horrors, One Flew Ove the Cuckoo's Nest, How To Succeed in Business Without Really Trying. 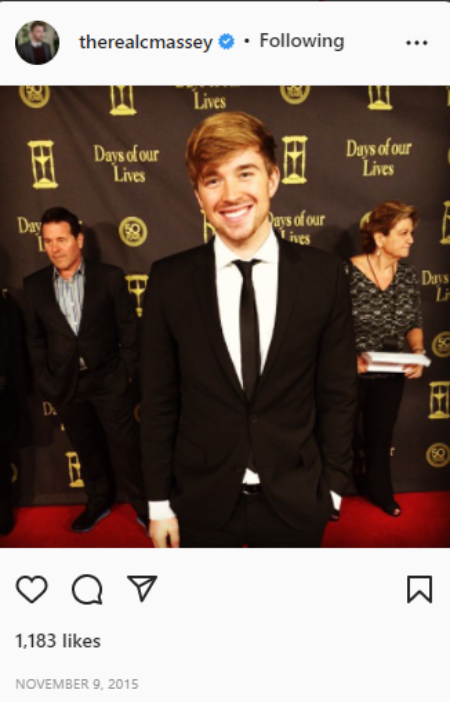 Chandler Massey is a veteran actor and has been actively involved in the film industry for over a decade.
SOURCE: Chandler Massey's Instagram (@therealcmassey)

Massey auditioned for the character of Will Horton on NBC's daytime drama, Days of Our Lives. Chandler's different portrayal of the gay character made him a Daytime Emmy winner in the Outstanding Younger Actor in 2012 and 2013.

Chandler made guest appearances in many drama series like One Tree Hill and Army Wives. He appeared in the HBO comedy show Eastbound and Down. The blue-eyed's big-screen debut includes the 2012 comedy movie 16-Love.