Home Article Is Christina Cindrich dating someone? Know about her personal and professional life

Is Christina Cindrich dating someone? Know about her personal and professional life 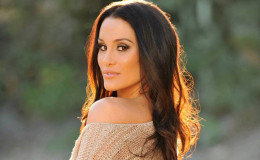 One of the most popular American television producers, Christina Cindrich, with a strong dedication towards her work, has won the hearts of millions of her fans. The two times Emmy Award Winner has also worked in more than 20 feature films and television shows.

As exclusive as her professional life sounds, her personal life is still a mystery as the hot actress has not revealed much information about her relationships and dating history. Well, this does not stop her fans from wanting to know more about her, so here we present all you need to know about this ever beautiful and talented producer/actress.

Christina Cindrich: Is She Still Single or Dating a Secret Boyfriend?

According to our sources, the former Miss Teen USA, 1999, Christina, 37, is certainly dating a boyfriend with whom she shares a couple of images via Instagram.

There has not been any records of her past relationships and she has also not been linked up with any male celebrities or other men so far.

Christina Cindrich traveling with her boyfriend.

So, it seems that Christina has managed well to cover up her personal life from the media because she does not want any public intrusion on her life or any gossips relating to her love life.

The best things in life are the people we love, the places we’ve been, and the memories we have made along the way... : @sutarahady

Cindrich hasn't clearly mentioned him as her beau in any of her Instagram posts but she captions each images full of love and emotions.

She once tweeted about someone having a boyfriend, but we consider it was created out of 'fun intentions'.

You told me you had a boyfriend but July to me...Julyer! Jajajaja

Things between the two became crystal clear when she posted an image with the same guy on Valentine's Day.

Christina Cindrich ceelbrating Valentine's Day with the love of her life.

"Before you settle for anything less, remind yourself that the places you visit, and the people you journey with through life, should make you feel safe, loved, and enough. Happy Lovers Day."

We wish the couple walking down the aisle pretty soon!

Christina was born and raised in Pittsburgh, Pennsylvania and since her early childhood, she has seen the limelight of American media industry.

Her father himself was the most famous former NFL linebacker who is listed as one of the "Top 100 Most Powerful People" in all sports and her mother too was a former Miss Beaver County Junior Miss titleholder.

So, there's no doubt that her inspiration to achieve success in American media came from her parents.

Her career started earlier when she first won Miss Teen USA pageant and soon after that she moved to Los Angles and started working for TV commercials and films.

The major turning point of her career was when she turned down the opportunity to host news in Boone, North Carolina to start her own production company.

This major sacrifice ultimately landed her to become the famous American TV producer of a show called "Private Islands" on AWE TV.

The show gradually became a hit and reached to #1 rating with 25K+ viewers and bagged two Emmy in the process.

Christina with strong media presence has also worked with the biggest brands and organizations around the globe.

This fearless adrenaline junkie, global traveler, and creative producer has also hosted and produced several other television series in more than 40 countries with world's premier executives and CEO's of a wide range of industries such as luxury hotels, real states, and environmental conservation.

If you won’t embrace her magic, then you’ll never taste her magic. : @sutarahady #BaliDreaming

While not working, Christina spends most of her time with her parents as well as her two cute cousins.

Sometimes you need to talk to a 1 and 3 year old so you can understand life again. Hugs, kisses, love, smiles, & laughter...the best things in life are free. #Thankful #TheSimpleThings #HappyAuntie

Throughout the years, I’ve realized and cherished the fact that there is nothing more soul satisfying than the unconditional love of family. Thanksgiving is an annual reminder of this. It is a season for reflecting on blessings and reaffirming what makes us who we are. As I have freely received love from these two incredible people, I have been able to give freely. And for that, I am extremely grateful. From my family to yours, hope you all have a blessed Thanksgiving!!! ???? ***For behind the scenes crazy Cindrich shenanigans, check out my snapchat: misscindrich. #HomeForTheHolidays***

She also loves to travel to different places and posts pictures of it on her blog and social media sites.

Be present. It's the only moment that matters.

It's okay to lose yourself for a little while. In books, in music, in art, in nature. Let yourself get lost. ??: @freddy_duarte

We really hope that this beautiful and ever smiling diva finds her soul mate soon and settles down, also continues her great adventure and prosper in every step of her life.