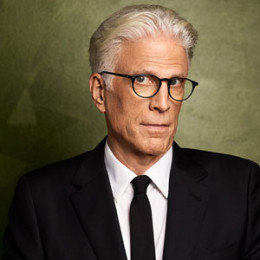 An American actor and producer, Ted Danson is best known for his lead character as Sam Malone on the NBC hit TV sitcom Cheers. For his role in the series, he was nominated nine times for an Emmy Award as Outstanding Lead Actor and won twice. He also has had other starring roles in the films like Becker, Damages, CSI, and Bored to Death.

They say, when you end up happily married, even the failed relationships have worked beautifully to get you there. So is the case of CSI: Cyber star Ted Danson and his spouse, Mary Steenburgen. Despite two failed marriages and divorce, Danson found the true love of his life in her.

Ted is presently married to actress Mary Steenburgen. The couple tied a knot on October 7, 1995, and has managed their own production company, Anasazi Productions.

The duo first met on the set of the movie, Pontiac Moon in 1993. Thus, after kindling romance for two years, they took turned the lovey-dovey affair into holy matrimony. 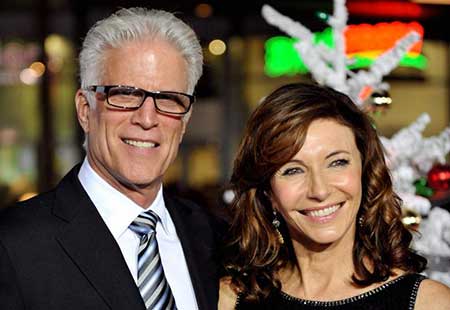 As soon as Danson and Steenburgen united as life partners, he fathered Mary's two kids from her estranged relationship with actor Malcolm McDowell.

Bored to the Death star, Ted Danson and his spouse, Steenburgen has crossed twenty-four years of conjugal relationship with no rumors of extramarital affairs and divorce rumors.

They were blessed with a daughter Kate born in 1985 and later they adopted a second daughter- Alexi. Kate is an actress best known for Dr. Horrible's Sing-Along Blog, CSI: Crime Scene Investigation, and Alien Theory. They divorced in 1993.

Ted's relationship with actress Whoopi Goldberg led to his divorce with Caser. Reportedly their divorce was one of Hollywood's costliest divorces, costing Danson $30 million in a settlement.

One of the renowned actors, Ted Danson earns a good sum of money from his profession. Since long Ted is active in the field of acting, he has starred in numerous movies and television series. As of now, he has an estimated net worth of $60 million. His salary is also estimated to be $250,000 per Episode. 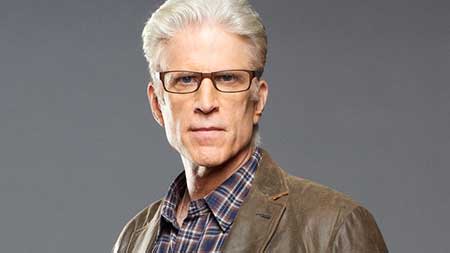 Well, Ted is living a happy married life with his third wife Mary Steen since 1995. At first, he was married to Randal Gosch- an actress best known as Randy Danson. After Randal, he was again in a marriage relationship with Cassandra Coates from 1997 to 1993.

In 1974, Ted’s first continual television role was that of a villain on the NBC soap opera, Somerset. In 1979, he landed in the first part as a cop in the film The Onion Field.

The early 80s was quite unlucky for him as he was featured in some of the films but few of them were unsuccessful TV movies. Including The Women's Room in 1980 and Our Family Business in 1981. His most acclaimed project during this period was in the sultry film noir Body Heat in 1981, along with co-stars Kathleen Turner and William Hurt.

Ted achieved national recognition for his role as Sam Mayday Malone on NBC's comedy series Cheers in 1982. He portrayed the role for 11 seasons and during the period he earned a Golden Globe Award, 2 Emmy Awards, and many Emmy nominations. He even won a Golden Globe Award for Best Actor in a Miniseries for Something About Amelia in 1984, portraying the role of a father who seeks help for sexually abusing his daughter.

From the year 1970 to 1980, he enjoyed success on the small screen. So he intermittently tried his luck at films. In 1987, he, achieved critical acclaim with the hit Three Men and a Baby, along with co-stars Tom Selleck and Steve Guttenberg. After a few years, the three actors repeated their roles in the sequel “Three Men and a Little Lady” in 1990. 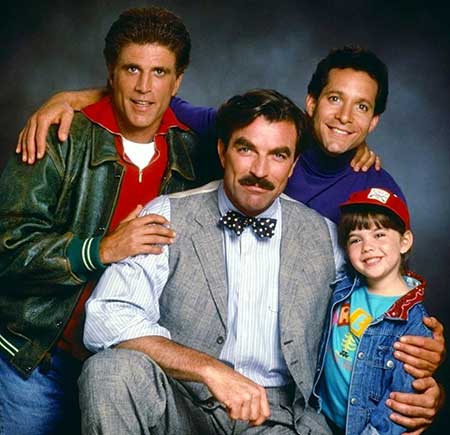 Ted Danson in “Three Men and a Baby”
Source: Pinterest

Again in 1996, Ted returned to the Television series like “Gulliver's Travels”, “Ink”. He also landed in the CBS sitcom “Becker” in 1998 and starred in the feature film “Mumford” in 1999. He repeated his role as Sam Malone in the episode of Frasier and voiced him in the episode of "Fear of Flying".

Ted was presented with a star on Hollywood’s Walk of Fame in 1999. Well, it looks as if Ted experienced a television renaissance as he has been working in the film industry since 1974.

Ted received a good comment from critics and audiences for his portrayal of a charming yet devious businessman in the legal drama “Damages” from the year 2007 to 2010. In the same year he returned to the comic, he landed in the offbeat comedy “Bored to Death” with co-stars Jason Schwartzman and Zach Galifianakis.

Youtube: Ted Danson Hopes The Good Place Isn't the End of His Career

He joined the cast of “CSI: Crime Scene Investigation” as supervisor D. B. Russell. In 2015, he appeared in the 2nd season of the TV show based on the film, “Fargo”. He portrays Sheriff Hank Larsson. Danson has appeared in the NBC sitcom “The Good Place” opposite Kristen Bell and Jameela Jamil since September 2016.

Ted Danson was born on 1947 December 29, in San Diego, California to Jessica and Edward Bridge Danson Jr, a prominent archaeologist, on a Navajo reservation in Arizona. He was raised in Flagstaff, Arizona and also has an older sister- Jan Haury.

After completing his high school graduation, he attended Stanford University in Stanford, California in 1996. He was motivated to be an actor by his girlfriend and fellow drama enthusiast. He completed his graduation with a drama degree but he left stage acting for the television commercial and there he got attention as the polite "Aramis Man".

He was first married to actress Randall "Randy" Gosch is now professionally known as Randy Danson. They divorced in 1975.

They were married in 1977. Danson's affair with actress Whoopi Goldberg led to their divorce in 1993. Their divorce was one of Hollywood's costliest divorces, reportedly costing Danson $30 million.

He married actress Mary Steenburgen, whom he met on the set of the movie Pontiac Moon in 1993. And became the stepfather to Steenburgen's children, Lilly and Charlie