Home Article Is CNN Journalist Laurie Segall Married Or Dating a Boyfriend? Know about her Relation

Is CNN Journalist Laurie Segall Married Or Dating a Boyfriend? Know about her Relation 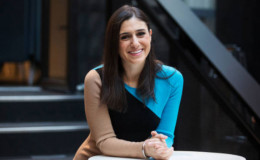 Working in the CNN network as the senior technology correspondent, Laurie Segall has achieved the best in her career. She is currently in a relationship with Brian Bordainick.

Laurie Segall, the senior technology correspondent in CNN networks has achieved the best in her professional career with all her hard work and effort. Besides a correspondent, she is working as editor-at-large for CNN and host of CNN's first original CNNgo.

Apart from her professional career, she's definitely achieved the best in her personal life as well. Let's find out details about Segall and her dating life in today's session.

Is Laurie Segall Dating Someone or Secretly Married?

Despite her popularity, Laurie Segall, the senior technology correspondent of CNN managed to keep her personal life low profiled.

Many of you may have the same question in your mind; whether the gorgeous TV personality is dating someone or still waiting for her love life? 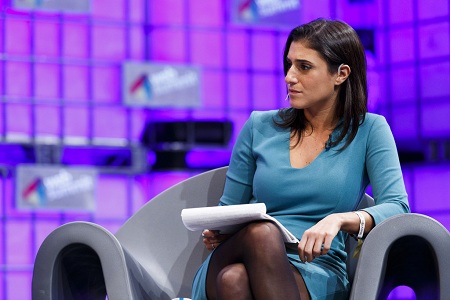 Laurie Segall at the 2014 Web Summit in November 2014
Source: Zimbio

Some sources claim that Segall is currently dating Brian Bordainick, the founder of Dinner Lab and a Teach for America alum.

As many of her fans speculated about their relationship, everything becomes crystal clear once you scroll the Instagram post of the gorgeous diva.

The Instagram post below says the two have been together for almost five years now. Have a look:

Celebrating three years with my love and partner in crime. Feel so lucky to have this guy in my life. It just keeps getting better. I will refrain from using #blessed...

Here's the heaven-born couple celebrating Valentine's Day at Hamilton. Segall stated she received 'the best Valentine's gift ever'; we still wonder what was the surprise gift?

Well, the couple hasn't been active in sharing some wonderful moments together.

We hope the two are still together!

Segall, 33, is currently working as a technology correspondent for CNNMoney, covering Entrepreneurship and Innovation.

She joined the CNN network in 2010 and now, her work appears across all CNN platforms. She's also dedicated herself to news from Silicon Valley venture capital and emerging technology companies.

Happy #internationalwomensday to all the women in news who fight the good fight. Grateful for my producing partner in crime, calm to my chaos, professional schemer and dear friend @ericafink. Breaking news together for seven years. And love to my insanely talented best friend @debrunswick for telling stories through photos, for producing with heart, and for remembering to always be kind.

She has reported on a wide range of stories from the drone technology in Israel to the advantages of digital classrooms.

Recently, she interviewed the founder of Facebook Mark Zuckerberg.

In addition to reporting about technology, she used the latest technologies to cover national breaking news. 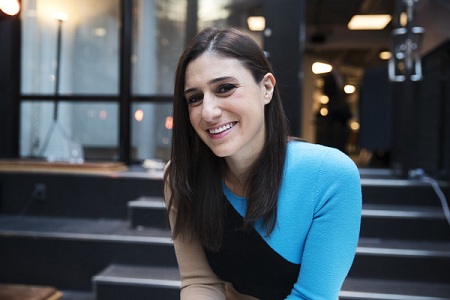