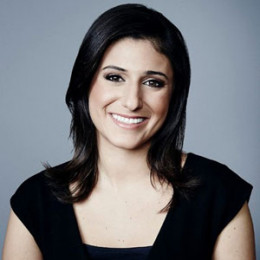 Laurie Segall is a senior technology correspondent for CNNMoney and editor at large for CNN Tech, reporting the interchange of technology and culture.

Laurie Segall was born on 17th August 1986 in Michigan, U.S. She earned a bachelor’s degree in political science from the University of Michigan. She specialized in news from Silicon Valley, emerging technology companies, and venture capital.

Laurie Segall reported on stories ranging from drone technology in Israel to the benefits of digital classrooms. She interviewed entrepreneurs like Bill Gates.

She worked on a series that explored the growing rate of sex trafficking in Silicon Valley also exposing how social networks recruit victims.

In the aftermath of the Boston Bombing, she was able to reconstruct suspect Dzhokhar Tsarnaev’s deleted Instagram account.

She tracked down and exclusively interviewed Ariel Castro's daughter, Angie Gregg's kidnapper. Segal started out as a news assistant at CNN. She worked as a field produced during Hurricanes Irene and Sandy.

The CNN correspondent, Laurie maintained a low profile of her affairs and relationship. There is a rumor that she is dating Stewart Butterfield.

But the two never accepted the story and never said anything. She doesn't have any plan of getting married soon, she is still focusing on her profession.

Laurie's net worth is estimated to be around $2 million. It is believed that as a senior technology correspondent, her salary is more than $320 thousand.

She also earned money from columnist, website writer and also as an author.