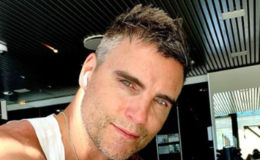 Colin Egglesfield is a well-known television actor in the United States. The actor is best known for playing Josh Madden in the long-running soap opera All My Children. Similarly, he played Evan Parks in The Client List.

Colin Egglesfield is a well-known American actor. The 6'0'' ft tall actor is most famous for his roles as Josh Madden on All My Children, Auggie Kirkpatrick on The CW's short-lived drama Melrose Place, and Evan Parks on The Client List.

Egglesfield has an estimated net worth of $3 million. 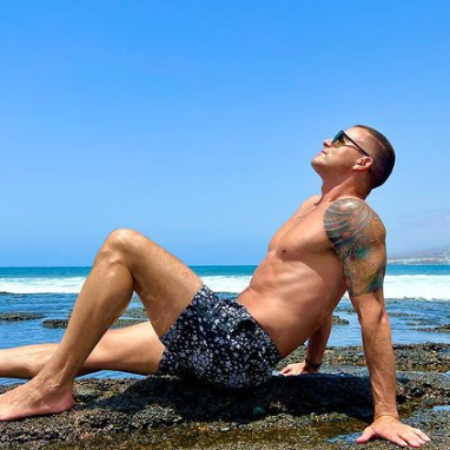 "Technically, we would have been engaged by now," Egglesfield says, noting that his plans were pushed back due to the coronavirus pandemic. "I'm trying to get my girlfriend, Aline, to come to the United States from Brazil."

Colin claims that his flight to Brazil was cancelled in mid-March due to the COVID-19 outbreak earlier this year. "I was planning to go down there and propose to her mom, dad, and family," he adds. "I'm hoping to get down there sometime in July." That is the reality of what is happening!"

The couple is thinking of new ways to connect while in quarantine because Egglesfield's proposal was on pause. He said, "We've been watching a lot of movies together on FaceTime and WhatsApp messenger. It has been beneficial in that it has forced us to get to know each other better without the physical aspect getting in the way."

Colin says he is especially grateful for their time together on the phone because they only recently reconnected in December 2019. Distance ultimately got in the way because Aline "had to move to New York" while Egglesfield stayed in L.A. despite the fact that they first connected while filming Open Road in 2012 and dated "on-and-off" for the previous nine years.

After Aline broke up with a previous ex-boyfriend at the end of last year, the Hollywood duo got back together. Egglesfield sweetly explains, "We started talking again, and then I went to go see her down in Brazil for my birthday in February. It appeared as though we had just met. So that's how things have gone."

Colin says he's thankful for their journey even though he can't wait to get down on one knee. In order to  know each other better, he says, "Quarantine really forced us to ask the questions that maybe we wouldn't have asked until later on down the road."

However, according to Nickiswift,  Egglesfield broke up with his partner, Aline.

Colin Egglesfield was previously linked with Stephanie Jacobsen in 2009. The pair dated for only two years, until 2011, and the reason for their breakup has yet to be revealed. In 2012, he was rumored to be dating the stunning actress Jennifer Love Hewitt. However, the information never confirmed their relationship. 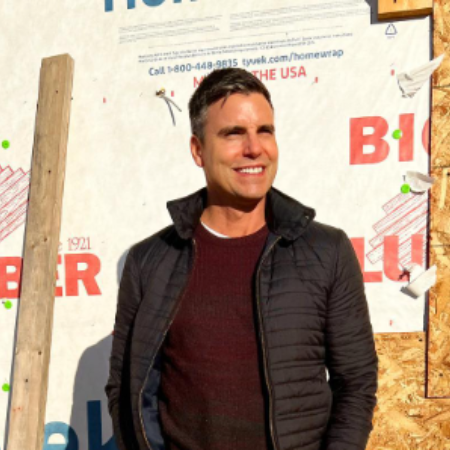 Egglesfield began dating Malin Akerman, a Swedish actress, singer, and model, in 2014. However, after a year of dating, the lovebirds split up.

Colin Egglesfield Shares His Experience With Testicular Cancer 13 Years Ago

Colin Egglesfield admitted that when he first noticed his symptoms, he didn't want to discuss them. So now that Egglesfield is cancer-free, he wants to inspire others who are facing health challenges. 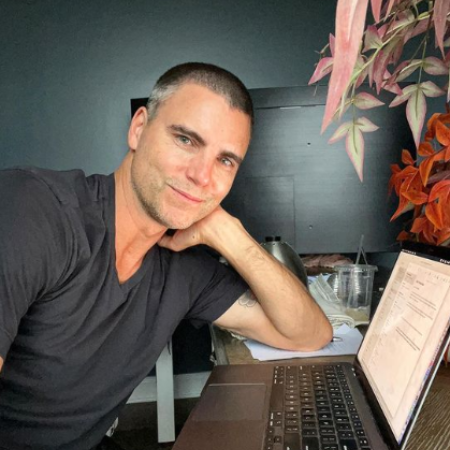 Colin Egglesfield admitted that when he first noticed his symptoms, he didn't want to discuss them. SOURCE: Instagram

Egglesfield revealed to Fox News in a new interview that he was diagnosed with testicular cancer in 2006, just months after beginning his role as Josh Madden on the soap opera. "It's not something that most men like to talk about, and for the longest time, I didn't want to talk about it because it's very personal," he explained.

"I just noticed that my left testicle had swollen, so I went to the doctor, and he said we needed to do some tests, an ultrasound, and a blood test." And they discovered that it was in an advanced stage, so they performed surgery and discovered that some of the cancer cells had traveled through the veins and arteries to the kidneys," Colin continued to tell Fox News.

Egglesfield revealed that a year after his initial diagnosis, doctors discovered that cancer had spread to his other testicle, despite surgery to remove it. Fortunately, he recovered and has turned his story into a call to action, volunteering at St. Jude's Children's Research Hospital. Colin stated that he can easily relate to children and families going through similar treatments.

Colin's work also encouraged him to write his new book, Agile Artist: Life Lessons from Hollywood and Beyond, which has been released in June and details his health journey. "This was 13 years ago, so I am thankfully cancer-free," he said in the new interview with Fox News. "At this point in life, I feel like it made sense to write it down on paper."

Egglesfield said in the book that he discusses "how to go after what really matters to you in life," as well as overcoming "challenges."

Stay updated on Married Wiki to know more about your favorite celebrity news and articles.