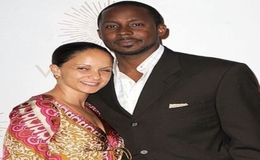 You might hear the retired athlete Desmond Howard rant on football on your tv and on his social media all the time, but you will never hear him say a word about his personal life in the public. But, here's everything you need to know on Howard's not so lowkey private life.

Soon after retiring from his bright football career in 2002, the former National Football League, Desmond Howard, has maintained to live a laid-back life with his family of four consisting of his wife, Rebkah Howard and three children. Needless to mention, his personal life has been fruitful too as much his career as a footballer and college football analyst.

For the Heisman Trophy winner, Desmond Howard, his life at home is no issue at all. If anything, Howard's married life has been going great. As a matter of fact, the Ohio born ESPN host knows how to take care of his marriage and children not just his career and health.

At a time where successful married life is not common among famous athletes, Desmond Howard has been married to his wife for nearly two decades. Though the beginning of their relationship has been kept a secret by the former Michigan star, the couple tied the knot in 2003 and is still going stronger, seventeen years later.

And, throughout their marriage, Desmond and Rebkah has been blessed with three beautiful children who rarely make their appearance with their celebrity father in the public, specifically at the field. Also, since, Rebkah is a white woman by race, the husband and wife share interracial kids including daughter, Sydney Howard, and sons; Dhamir Howard and Desmond Howard Jr. 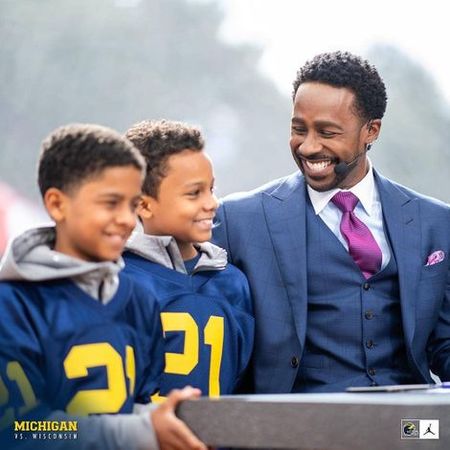 Speaking of Mrs. Howard's profession, she is a great woman in her respective occupations too. But, unlike her husband who was involved in sports, she is a social worker and entrepreneur.

What Does Rebka Howard Do?

Rebka's husband might be a millionaire but as an independent lady, she uses her own money and doesn't rely upon her partner for financial support. After all, the graduate of the University of Maryland at College Park co-owns a woman-owned LLC company called Image Pro. 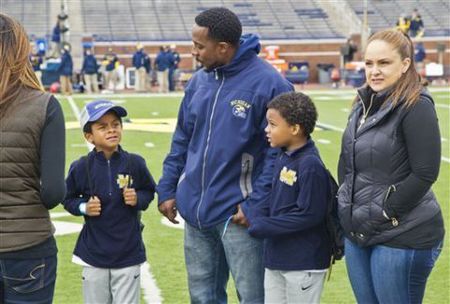 Desmond Howard spotted with his wife and sons in the field. SOURCE: Pinterest

Using her degree in the field of television, radio, and film, Rebka has sustained more than a decade of experience. Not to mention, she also attended the Howard University of Law to receive her Doctorate degree.

Besides, Rebkah is also equally active in giving back to society as a successful businesswoman as she serves as the Executive Director at The Tamika Huston Foundation for the Missing. With her position at the non-profit organization, Rebka helps families who has their relatives missing through many methods such as by providing guidance to the victims and contacting media outlets.

In the meantime, Desmond and Rebkah along with their children reside in Miami.