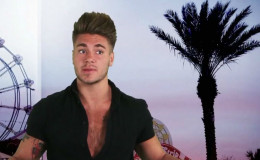 The Floribama Shore star Gus Caleb Smyrnios has quite earned fame and popularity among girls. His muscular body and heart-piercing blue eyes are something that easily allures girls around him.

The Floribama Shore star Gus Caleb Smyrnios is quite popular among girls. His muscular body and heart-piercing blue eyes are something that easily allures girls around him.

Gaining popularity from the famous MTV show, his fans are giving much interest in his personal life. Is he dating? Who is his girlfriend? We have all the details here.

The 22-year-old Smyrnios has caught the attention of many people after appearing on the MTV reality show named 'Floribama Shore'.

Many People especially girls have one and the only question in their mind if he's still a single guy, but he has managed to keep his dating life a big mystery. 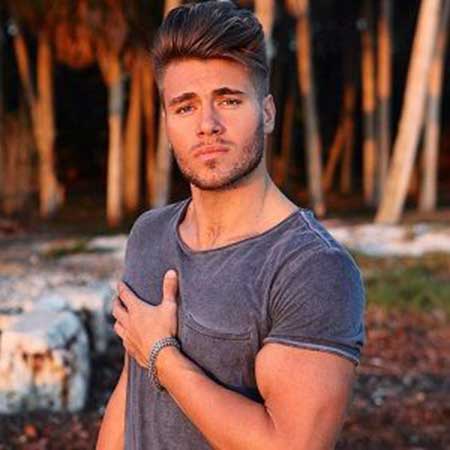 During an interview with US Magazine in December 2017, he was asked about his relationship status and he's often spotted hooking up with girls.

"Yeah, I’m a sweetheart but I’m still a guy! I love to go out and flirt and talk to as many girls as I can. I have good intentions. I not trying to go around and sleep with everybody, I just want to interact with people! My mom seeing me with whatever girl, she’s a little shook!"

Smyrnios was once rumored to be dating a girl named Ellen. Some sources said that she's native of Nashville and the two met for the first time at a bar. Still, the relationship between the two was never confirmed.

Having a good ole time up here in Montreal working with @saraeirewphotographer ?? For those that don't know my day job is (when I'm not painting houses) modeling for romance novels! 40 book covers and counting so far ????Maybe one day I'll take cute pics like this with my girl ??????‍?? #bookcovermodel #romancenovel #mtvfloribamashore #canada #love #romance #stank

As of now, the model-turned-reality star is possibly single and seems like he is not ready to have a serious relationship any time sooner.

Gus Caleb Smyrnios' Modeling Career; How It All Started?

Smyrnios was just 17 years old when he was asked to leave home.

When the reality star was hanging around with a model and met her agent. He immediately got an opportunity in the modeling industry.

His good looks caught the attention of several authors and he became a hot commodity in the romance novel genre. Gus worked as a model and earned money for his study to get an associate degree in criminal justice.

Currently, he appeared in the MTV reality show, Floribama Shore. The success of the reality TV show, Jersey Shore led MTV to come with another show called Floribama Shore which is one of the most popular shows on MTV.

The second season of the reality series premiered on 9 July 2018. The series is set in the Florida Panhandle near the beach in the Alabama, United States.

The American reality TV series runs with eight young adults living together during the summer in the Gulf Coast. During their stay, they are regularly filmed partying, bonding, filming, and living in a new environment. 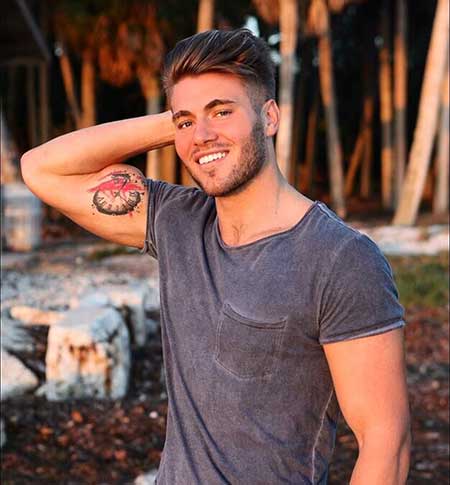