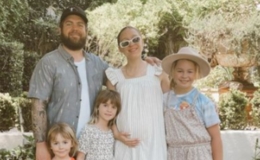 Jack Osbourne is a British-American media personality. He is well-known for his appearance on the reality show The Osbournes with his family.

Jack Osbourne is a $15 million net worth English media personality. He is best known for his appearance on the reality show The Osbournes with his family.

Osbourne is the son of musician Ozzy Osbourne and manager Sharon Osbourne, as well as the younger brother of actress/singer Kelly Osbourne.

Jack Osbourne, 36, was previously married. As per Page Six, He is now engaged to Aree Gearhart, an interior designer. "Today, I proposed to the most beautiful and loving woman I've ever met," Osbourne wrote on Instagram on Thursday. "She agreed!!" 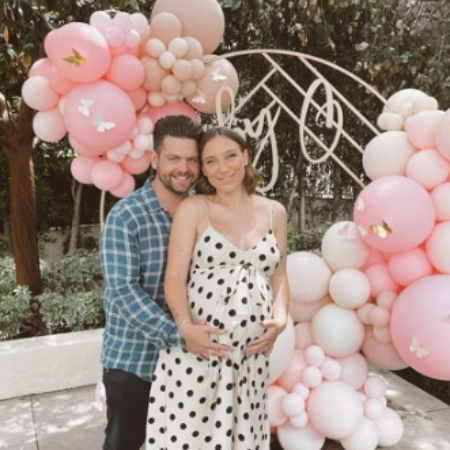 "Life is a series of doors," Osbourne continued, "and I'm so excited to walk through this one with her. She's a truly magical being with a heart bigger than I could have imagined. Her qualities as a stepmother fill my heart with joy. I've never been more content than I am right now." The note was accompanied by a photograph of the couple bundled up in a wintry setting, with Gearhart resting her left hand on Osbourne's chest to show off her engagement ring.

Gearhart captioned the same photo on her Instagram page, "today my best friend asked me to marry him in a magical winter wonderland. @jackosbourne, I'll love you for the rest of my life. My soulmate, companion on adventures, and protector. I'm ready to spend the rest of my life with you and our tribe."

The couple has been dating since 2019, after Osbourne's divorce from ex-wife Lisa Stelly, with whom he shares daughters Pearl, Andy, and Minnie, was finalized. The announcement of Jack's engagement comes just seven months after the former reality star celebrated 18 years of sobriety.

"It never gets easier or harder; it's just life on its own terms. If you are trying to get sober, you should know that it is possible if you are willing to put forth the effort," Gearhart captioned an Instagram photo of his Twelve Steps app at the time. "Many thanks to those who has helped me along the way. #sobersbetter."

Jack Osbourne and Aree Gearhart are expecting their first child together

As per Page Six, Jack Osbourne will be a father of four children. He announced on Instagram on Tuesday that he and his fiancée, Aree Gearhart, are expecting their first child together. 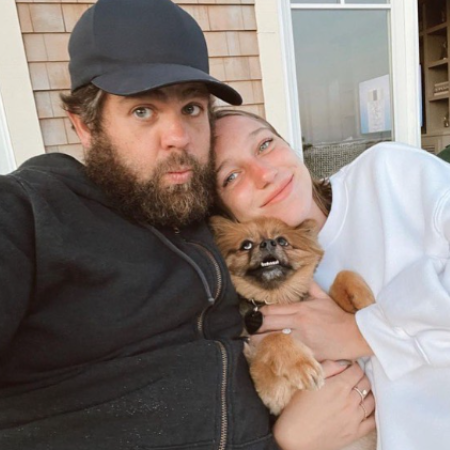 Jack Osbourne will be a father of four children. SOURCE: Instagram

"Exciting news!!! @seecreature and I are expecting a baby in the summer!" Osbourne captioned a dimly lit photo of himself sitting down and holding his partner's belly. "Baby #4, here we come!"

Gearhart, for her part, posted a close-up photo of her bare baby bump on Instagram with the caption, "best friend downloading." Meanwhile, grandmother Sharon Osbourne boasted on her profile, "couldn't be more excited about grand-baby #4!!!" Congratulations, @jackosbourne and @seecreature!"

Gearhart announced her pregnancy just one day after her 31st birthday. "Happy birthday to my best friend and lover @seecreature!" Jack wrote on Instagram on Monday. In the words of Doctor Evil, "you complete me."

According to Page Six, The lovebirds welcomed their child on July 9, 2022.

Between 2012 and 2019, Jack Osbourne married actress his ex-wife, Lisa Stelly for seven years. The couple also has three children together. Stelly, known for her roles in Green Day: 21st Century Breakdown, Passed Over, and Green Day: 21 Guns, among other films, is currently running her own business. 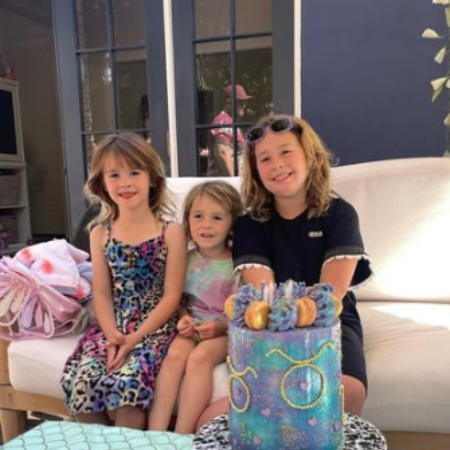 Stelly is the owner of Fancy Sprinkles, a sprinkle shop that assists with party and holiday decorations. Her shop also carries edible sprinkles. Furthermore, the company sells syrups such as chocolate and candy cane for your desserts. Lisa is also spending the holidays with her three children, whom she shares with her ex-husband, Osbourne, according to her Instagram.

Lisa was previously dating fellow actor Skylar Astin, who has appeared in films such as Pitch Perfect 2 and 3, Zoey's Extraordinary Playlist, and others. After more than a year of dating, the couple appears to have broken up in September 2021. "They're both so busy," a source close to the former couple told People, "but there's no drama between them at all."

"Lisa's business is booming, Skylar was in Canada working for half the time they were together, and they both needed some alone time to re-calibrate," the insider added. The duo still have pictures of each other on their social media.

Stelly was linked to Brad Pitt in October 2021 after her breakup with Skylar. Pitt was spotted with Lisa at the Bel Air Hotel in October, according to reports. Someone who saw them together allegedly informed the gossip site DeuxMoi.

After nearly seven years of marriage, Jack and Stelly announced their divorce in May 2018. She filed for divorce three months after the birth of their third child, Minnie, in 2018. "What's best for our family right now is that we separate lovingly and remain best friends who are committed to raising our children together," the couple said at the time.

Stay updated on Married Wiki for more news and articles.