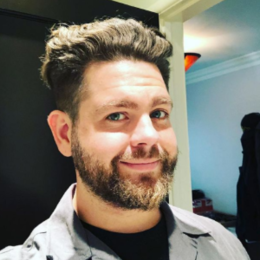 Jack Joseph Osbourne, an American media personality, rose to the spotlight after he hosted the hit Tv shows such as Jack Osbourne: Adrenaline Junkie, and BBC's Saving Planet Earth. Other than that, Joseph made headlines in 2016 when he traveled the world in the reality series, Ozzy & Jack's World Detour.

Who Is Jack Osbourne's Girlfriend?

Musician Jack Osbourne is currently dating his girlfriend Aree Gearhart since 2019. Jack and his partner reportedly have a whirlwind romance. Back in August 2020, Aree joined her partner's family vacation with Osbourne's parents, Sharon Osbourne and Ozzy Osbourne, and his daughters. 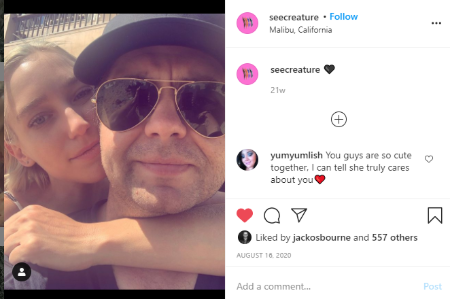 Jack Osbourne has been dating Aree Gearhart since 2019.
SOURCE: Instagram

Indeed, the New York Minute star went Instagram official with Gearhart in September 2019 with a post that showcases him spending the Labor Day weekend with his boo in Malibu. They lovebirds also live together. Not to mention, Aree shares a great bonding with her boyfriend's children already.

Other than that, the actor has been raising his three kids as a single father post his split from his first wife Lisa Stelly. Regardless of separation, Jack Osbourne and Lisa have good bonding for their children's sake.

Osbourne was previously married to a lady named Lisa Stelly Osbourne in Hawaii. The model and actress is famous for her appearance in Green Day: 21st Century Breakdown and the movie, Passed Over (2009). Jack and Lisa got engaged on September 29, 2011, prior to tying the knot on 7 October 2012. 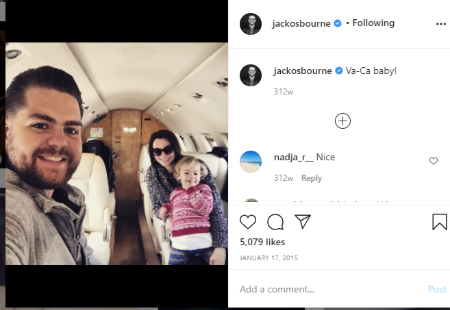 Everything was fine between the two for years. But, the couple called it quits after seven years of marriage citing personal issues. Stelly and Osbourne reportedly shared their separation on 18 May 2018 before their divorce was finalized on 5 March 2019. They co-parent three children, all daughters, together.

Osbourne Is Father to Three Children

Jack and Lisa had their first child, Pearl Clementine Osbourne on 24 April 2012. Unfortunately, while pregnant with the couple's second child, Lisa suffered a miscarriage with her second child whom they had even named Theo. Lisa then welcomed another child, a daughter again, Andy Rose Osbourne on June 13, 2015.

Expanding their family, Jack Osbourne and his partner Lisa welcomed their third child, Minnie Theodora Osbourne on February 3, 2018. Happy daddy of Minnie shared the happy news and cute snapshot of his child via Instagram.

How Much Is Jack Osbourne's Net Worth?

Jack Osbourne has a staggering net worth of $15 million, as of 2020. The reality star made a big amount of money from his career as an actor, director, and reality star. 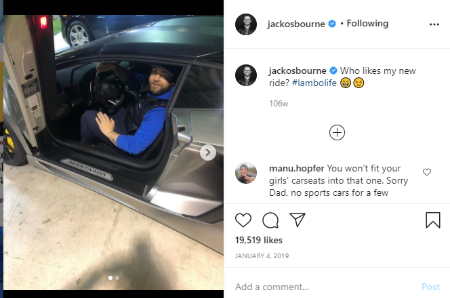 Osbourne embraces a luxury lifestyle and loves spending his big chunks of wealth on traveling, and expensive cars like Lamborghini. Jack flaunted his new Lambo on January 4, 2019, asking his fan's views.

Jack Osbourne married Lisa Stelly on 7 October 2012 and divorced in March 2019. They lived together for seven years and shares three children.

Pearl Clementine Osbourne on 24 April 2012. She is the first child of Lisa Stelly Osbourne and Jack Osbourne.

Andy Rose Osbourne was born on June 13, 2015. he is the second child of Lisa Stelly Osbourne and Jack Osbourne.

Minnie Theodora Osbourne on February 3, 2018. She is the youngest child of Lisa Stelly Osbourne and Jack Osbourne.