Julie Chang Is Happily Married To Lief Drake ; Details of her Husband and Child here

Entertainment anchor Julie Chang most popular for her work on KTTV's Good Day LA and Fox 11 Morning News is a married woman now. She married her high school love, Lief Drake in 2014.

Entertainment anchor Julie Chang most popular for her work on KTTV's Good Day LA and Fox 11 Morning News is a happily married woman. She tied the knot to her high school sweetheart, Lief Drake in 2014.

The couple shares an adorable baby boy. So, today let us discuss the beautiful family life of Julie Chang.

"True relationship is about growing as a couple, learning about each other, and never giving up on each other" and Julie and Lief are a true example of a happy relationship.

"We went to rival schools in Ann Arbor. I was dating his best friend's older brother at the time. So he barely made eye contact with me!"

They went separate ways for college and after 15 years, she got a chance to reconnect with her childhood friends and there she met her future husband.

"Sparks flew, and we proceeded to see each other every single day until I moved to Los Angeles nine months later for work." 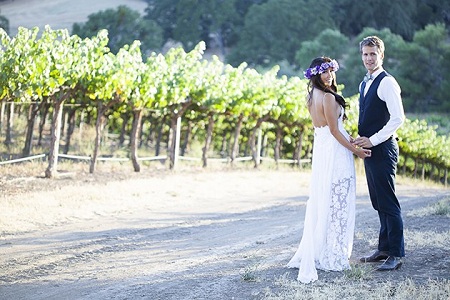 Truly a blessed moment Julie and Drake in their marriage ceremony
Source: Brides

The couple started dating and after sometimes they tied the knot on 12 July 2014 at the Hammersky Vineyards. As it was an intimate ceremony few people including some close friends and family members attended the nuptial ceremony.

The couple is blessed with a baby boy but the name of the child is still not revealed.

I’ve never been so sad, yet, so happy at the same time. My little man is starting school this week. I knew the day would come when I would have to share him with more people, but that day came so fast and furious! One of the best parenting advice I got was from our cousin Joanna: your child is his own person...your job isn’t to mold him into someone, but to usher his spirit. I’m so grateful that he was put in my path. He is my ultimate “comeback” health barometer & my greatest teacher & the kind of love I never knew existed. I can’t wait to see his spirit thrive even further in this new setting! Onward and upward. #RainbowUnicornAndDriggs ??

The happy parents are enjoying their family life to the fullest as her little baby boy is almost ready to start his school.

KTTV's presenter was diagnosed with brain tumor in the month of September 2013. She came to know about the tumor when she underwent a CT scan following a surfing accident.

"One of the difficulties in her road to recovery has been her eyesight. It's improving every day but it's definitely not 100%. But, trust me it's not holding her back! She's learned to roll with it."

'I always knew Julie was a shining star but now I'm convinced she's a superhero! Her attitude in all of this is simply unbelievable. We can all take a page out of Julie's book and not take one single day for granted!'

"LA, thank you. If it wasn't for my move to Southern California, I would've never taken up surfing, which in a way, may have saved my life."

She underwent a major surgery in late November 2013. You can see the Instagram post of the diva over here:

Exactly 4 years ago today. This picture is my screensaver on my phone. It’s a humbling reminder to never sweat the small stuff. Post surgery, I lost half my vision. It never came back & most likely won’t. But since then, I’ve gained a family, my very first home, and the will to live my best life. I’ve said this before & I’ll say it again: you don’t have to see to have a vision. Don’t wait for a life scare to do that for yourself. Give thanks & get after it! & to so many of you who still check in about my health, my deepest admiration. #braintumorsurvivor #grateful

As of now, Julie is happy and healthy and is enjoying every moment of her life with her husband and child!!!

Julie actually wanted Lief to move on in his life when she came to know about the brain tumor.

"I tried to set him free but he wouldn't have it. He proposed right there!"

Thankfully, after her full recovery, Lief proposed his lady love the second time in December 2013.

"We'd already been through the 'and sickness and in health' part, so of course, I said yes all over again!" 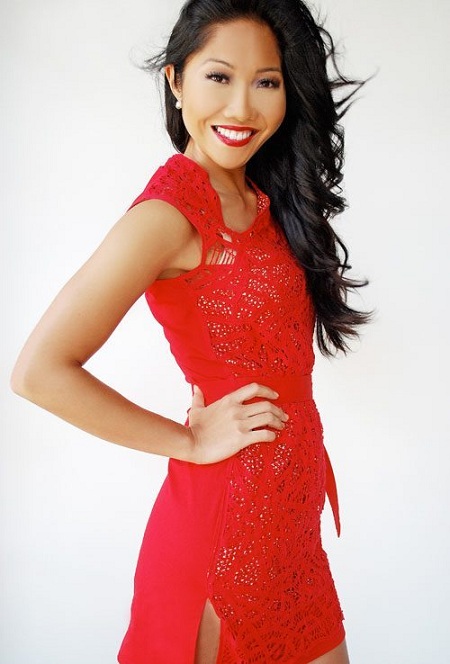