Is Lauren Gottlieb Indian? Learn Interesting Facts about her 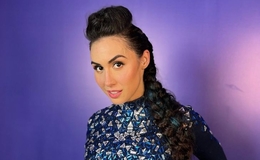 Stunning Dancer and actress Lauren Gottlieb, who demonstrated her talent, first tried out for So You Can Dance but got her breakthrough role in the television show Ghost Whisper. Is Lauren single or dating someone secretly? Let's find out here.

Lauren Gottlieb is an American dancer and actress who was offered the leading role in the 2013 Dance drama film Any Body Can Dance. But is Lauren in love? Many people dream 0f marrying their partner, but some are focused on their careers that they stop dreaming about romantic things.

Well, Ms. Gottlieb was involved in at least three different serious relationships total, but none of them worked out. And all those years of dating several guys, none seemed to please her eyes as Lauren never married anyone.

Who is Lauren Gottlieb Dating?

When Gottlieb shared an adorable photo and story of herself and her handsome hunk boyfriend, Benjamin, during their photoshoot on the beach on Instagram in 2018, that's correct! Lauren had found herself a perfect man. 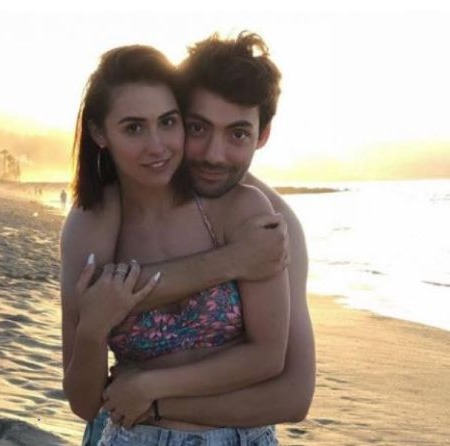 "It is in your love; I have learned how to be free truly," Lauren captioned the post making it official, putting an end to rumors of the time of her seeing someone else. The next picture, shared by the couple on their IG account, is written," In an endless garden of flowers, I will always pick you."

Similarly, Benjamin posted a lovely snap of holding his lady love in his arms and captioned it with a rose emoji. Sadly, the lovebirds parted ways as their relationship couldn't last and broke up. 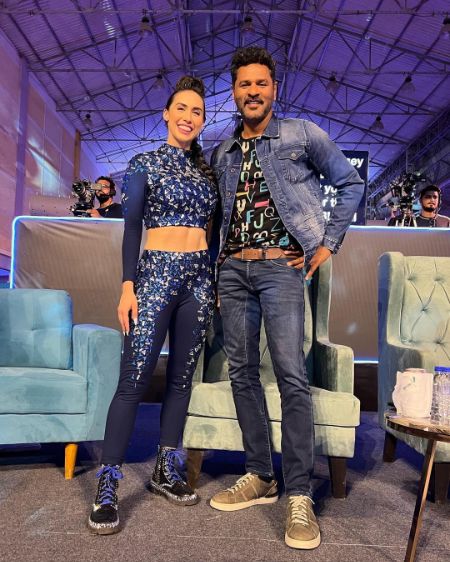 The source suggests Lauren then moved on with Matt Raimo, an actor-writer. The lovebirds flaunted the picture of them goofing around in June 2019. After all these years, she is still having difficulty finding a person with whom she can share her life, as the lady is probably single.

Past Relationship of Lauren Gottlieb

For those who don't know, she was the contestant on season 6 of Jhalak Dikhala Jaa, and at the top of the link-up list was her dance partner Punit Pathak. After moving to India, she met several local artists and became acquainted with them. 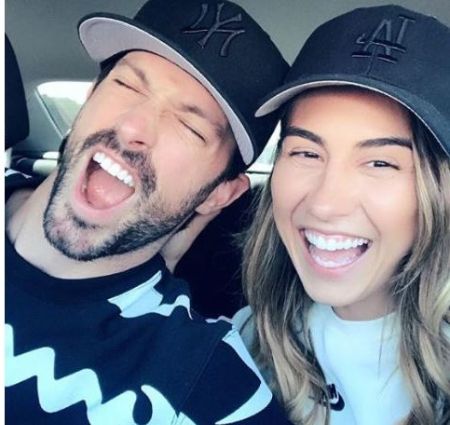 The two were a power-packed dance couple from the show, and speculation was also that they were dating. The buzz got fueled when the duo appeared together in the dance drama film, ABCD and she used to visit Punit's house. When the speculation with Puneet ended, there came a twist in the story.

Afterward, Lauren went out for a cozy lunch with a Bollywood singer and music composer, Vishal Dadlani. He and Lauren seemed to be comfortable with one another. At the time, Vishal had divorced his former wife of 18 years, Priya. But as surprising as it may sound, the lady seems to have a rather hard time getting a perfect boyfriend.

What is Lauren Gottlieb UpTo Now?

Lauren Gottlieb made his guest prances in numerous supporting roles, and a leading role in the Indian 3D Dance film Any Body Can Dance: ABCD. Before Gottlieb worked in ABCD 2 and Welcome 2 Karachi, her service in the Fox Network's show got her into Bollywood.

Watch the video of Lauren Gottlieb on Shraddha Kapoor and Varun Dhawan on ABCD 2.

Further, Lauren performed in the song titled Calcutta Kiss. But later, in 2020, she disclosed details about her battle with depression and alcohol-related issues with being unable to work.

During her career, Ms. Gottlieb also assisted in choreographing. Lauren has impressively maintained a strong presence on every social media page and juggles her time between India and US for multiple projects.

Lauren Gottlieb was born in Scottsdale, Maricopa County, Arizona and is American. The third child out of all siblings, she uprooted her life and moved to LA from her native Scottsdale.

Speaking of her family, her elder brother is a commercial airline pilot. Lauren's father is none other than Carl Gottlieb, a mortgage banking industry worker, while her doting mom is Lyn Gottlieb, a jewelry brand owner.

Be sure to check out Married Wiki for exciting news & articles about celebs.