Home Article Is Leslie Phillips still Married? Detail About his Married Life and Past Relationship

Is Leslie Phillips still Married? Detail About his Married Life and Past Relationship 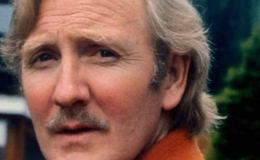 Leslie Phillips was a well-known novelist, director, producer, and actor in England. In this article, learn all about Phillips' personal life.

Leslie Phillips was a well-known novelist, director, producer, and actor in England. In the 1950s, he rose to notoriety by portraying elegant, upper-class comedy characters in which he utilized his catchphrases Ding dong and Hello. Phillips had roles in the film series Carry On and Doctor in the House, in addition to The Navy Lark, a long-running radio comedy series on the BBC.

In his latter career, Phillips focused on more dramatic roles, one of which was nominated for a BAFTA and starred him alongside Peter O'Toole in Venus.

Leslie Phillips's third wife is Zara Carr with whom he tied the knot on December 20, 2013, when he was 89 years old. As per Daily Mail, the pair were subsequently joined by forty friends and family members for the blessing, which took place at a church close to the star's residence in north-west London. 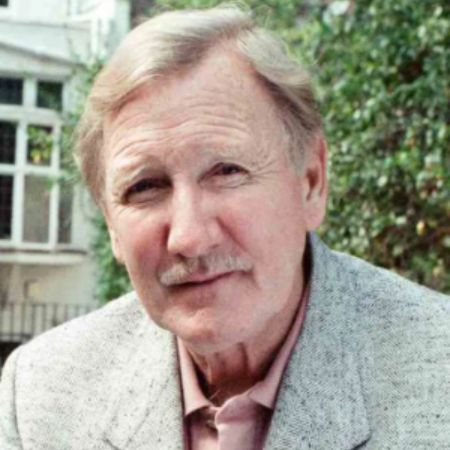 Leslie Phillips's third wife is Zara Carr with whom he tied the knot on December 20, 2013, when he was 89 years old. SOURCE: Instagram

The two people have been acquainted with one another for more than ten years and claim to have created what they call a 'nurturing connection.' 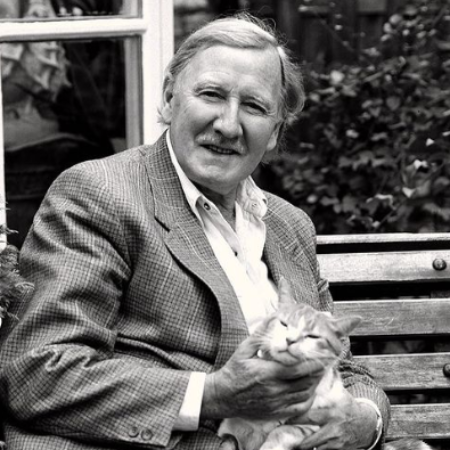 In 1962, Phillips started a relationship with the actress Caroline Mortimer, who was an understudy in a theatre play in which Phillips appeared. Caroline was the daughter of the author Penelope Mortimer and the stepdaughter of John Mortimer. At that point, Phillips and Bartley decided to go their separate ways, and they divorced in 1965.

After his relationship with Mortimer ended, Leslie began dating Australian actress Vicki Luke, with whom he shared a home for the better three years. In 1977, Phillips moved in with actress Angela Scoular. At that time, Scoular was pregnant from a previous relationship. Phillips raised the child as his own.

Phillips tied the knot with Scoular in 1982. Angela made a suicide attempt in 1992 while battling bipolar disease; however, he was not institutionalized then. Scoular passed away on April 11, 2011, due to the unsurvivable burns she sustained to her neck, body, and gastrointestinal tract after drinking a caustic drain cleaner.

Angela had previously battled colon cancer, and even though she was afterward certified cancer-free, she began to worry that the disease had spread to other parts of her body. Three months later, when the inquest into Scoular's death occurred, Phillips was too unwell to attend.

On April 20, 1924, Leslie Phillips was born in Tottenham, Middlesex, England. He passed away on November 7, 2022. Phillips' mother is Cecelia Margaret, and his father is Frederick Samuel Phillips. Leslie is the third child of the couple. The family relocated to Chingford in 1931, and Phillips enrolled in the Larkswood Primary School. Leslie's father passed away in 1935 at the age of 44.

Leslie attended Italia Conti Academy at his mother's suggestion after the passing of his father. There, he participated in drama, dance, and, most significantly, elocution to rid himself of his cockney accent. In 1938, when he was only 14, he quit school.

Phillips first appeared on stage in 1937 in Peter Pan's production, playing the wolf's role. During the 1938–1939 season, he was given the role of John Napoleon Darling, which was a significant promotion for him. Acting provided Phillips with the opportunity to earn additional income for his family, which had been having a difficult time financially after the passing of his father.

Leslie made his debut in the motion picture industry with the musical comedy film Lassie from Lancashire, released in 1938. In addition, he appeared in the movie Climbing High and The Mikado. Phillips was employed by Binkie Beaumont and H. M. Tennent at Theatre Royal Haymarket in the West End during the early years of the Second World War.

After taking some time off, Phillips returned to the film industry and made cameo roles in films such as Anna Karenina and The Red Shoes, directed by Powell and Pressburger. In the sitcom My Wife Jacqueline, he made his debut as a leading actor in a television series.

Leslie's breakthrough role in the movie industry came in the Gene Kelly musical Les Girls. Initially, he was cast in supporting roles in British comedies like The Smallest Show on Earth and Brothers in Law. Gerald Thomas cast Phillips in several other comedic films.

Between 1959 and 1977, Phillips became well-known for his role as Sub-Lieutenant Phillips in the comic radio show The Navy Lark. He also made an appearance in the film adaptation of The Navy Lark. Phillips was given a role in Doctor in Love, released in 1960 and the fourth film in the Doctor comedy series.

Leslie had roles in two further episodes, Doctor in Clover and Doctor in Trouble, released in 1966. Phillips appeared in several comedic films directed by Ken Annakin, including Very Important Person, Raising the Wind, and Crooks Anonymous. In these comedies, he was frequently cast alongside his Doctor co-star James Robertson Justice.

Leslie had roles as a guest star in several renowned British television programs, including The Bill, Holby City, and Midsomer Murders. He also co-starred in the sitcom Honey for Tea with Felicity Kendal. In the film Venus, directed by Hanif Kureishi and starring Peter O'Toole, he portrayed the role of a senior actor named Ian in 2006. Orion released Phillips' autobiography titled Hello the following year, in 2006.

Phillips, together with Jules Williams and Back Door Productions, was a co-producer on the Sky Arts series Living The Life, which aired for three seasons until ending in 2013. He continued to act up until the year 2012 and continued to make television appearances until 2015 when he was interviewed on the BBC One program VE Day: Remembering Victory.