Home Article Marla Maples Might Be Dating a Trump Critic? Why Did she and Donald Trump Get Divorced?

Marla Maples Might Be Dating a Trump Critic? Why Did she and Donald Trump Get Divorced? 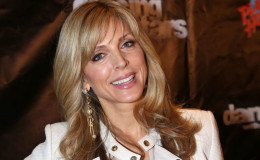 Marla Maples gained huge popularity in the 1990s when the New York Post ran a story about her sexual chemistry with Donald Trump, her ex-husband.

Marla Maples gained huge popularity in the 1990s when the New York Post ran a story about her sexual chemistry with Donald Trump, her ex-husband. Reportedly, Trump cheated on his then-wife Ivana Trump with Marla. The couple then married on December 20, 1993, and divorced after six years on June 8, 1999

Maples has moved on from her "Messi relationship" with Trump and is currently dating TV host Donny Deutsch who once slammed Trump calling him'physically disgusting.' Let get the details about their relationship over here.

Later, the pair left together in his car. 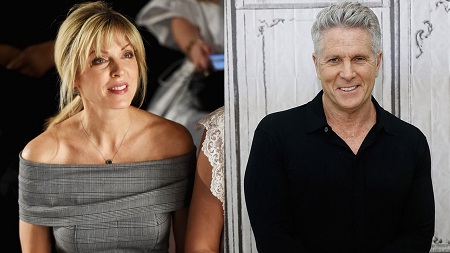 An insider source gave details about the coy couple stating,

'It was their first or second date. She looked amazing.'

The sources also said Deutsch had mentioned Trump as his friend in the past and their kids went to the same school.

However, Trump-baiting TV personality Deutsch once called Trump 'physically disgusting' and 'a pathetic sniveling little president' on an MSNBC show.

Deutsch appeared on three seasons of The Apprentice as a guest judge whereas Trump also made the guest appearance on Deutsch's CNBC talk shows The Big Idea back in 2007.

And now the closeness of Marla and Donny has raised questions regarding their relationship as most sources confirm that they're dating!

Maple's famous quote created a buzz in the media in the 1990s. The New York Post's famous headline revealed that she recalled the president as "the best sex I've ever had."

And now, it seems that the star wants to take her words back. Page Six stoppedMaples on her way to the jury in Manhattan on 6th February 2018, and asked about her confession to which she stated that she had never said such thing before. 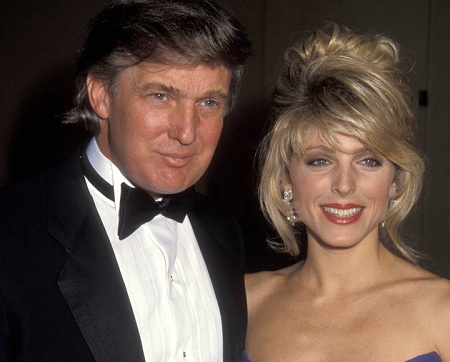 Marla Maples and Donald Trump together before their divorce
Source: Huffington Post

"I never said that someone else said that. [But] is it true? I’m not going to talk about that. The truth will come out, just not here."

Maples was married to Trump from 1993 until 1999. The former duo shares a gorgeous daughter Tiffany Trump together. 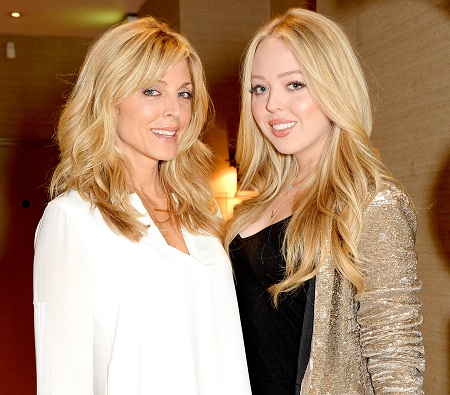 "Donald was never the man I wanted to marry. He and his world were alien to me. I’m so happy to be away from Donald, and I’m just trying to move as far away as I can."

She also talked about raising her daughter alone:

"That was my choice, raising her outside of the spotlight. Her daddy is a good provider with education and such, but as far as time, it was just me. Her father wasn’t able to be there with day-to-day skills as a parent. He loves his kids. There’s no doubt. But everything was a bit of a negotiation.”

It was after she became a mother when she decided to leave Donald Trump. Motherhood gave her courage to leave.

"After I became a mother I was less willing to put up with his behavior".

Well, that was all in the past. As of now, she has a different view of her relationship with Trump. In a recent interview, she stated:

"We're so different. I came from Georgia and family values and a strong sense of spiritual growth, always wanting to be the best I can, and he came with his positive ability to see the world and make money, get out there, and so I think in a marriage you always hope you'll bring out the best in each other, but after many years, we realized we weren't.

Both of them has moved on now; Trump is living happily with his current wife Melania Trump while Maples is reportedly dating MSNBC host Deutsch. 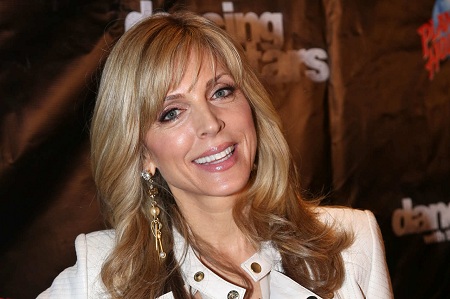