Home Article Is Matt Gutman Married? Know in Detail About his Married Life and Relationship

Is Matt Gutman Married? Know in Detail About his Married Life and Relationship 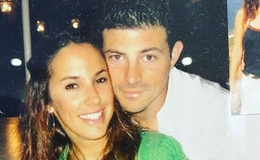 2007 changed the life of Miami-based ABC radio correspondent Matt Gutman forever, as he got hitched to his love. And what fans should know about a reporter and his marriage.

Is Matt Gutman Gay or Straight?

Matt Gutman is a humble guy who never gets tired of supporting the LGBTIQ communities and also tries to bring forth happiness in the lives of his children and partner. 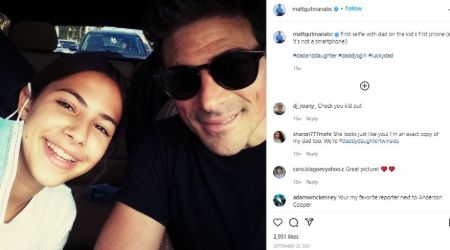 Matt Gutman was spending time with his daughter. SOURCE: Instagram(@mattgutmanabc)

And in this section, another famous reporter is under speculation as people wonder about his sexuality. Gutman is not gay, but people thought otherwise due to his constant support towards the LGBT community.

Well, Gutman's standing up for homosexual rights made him one of the favorite subjects for gay gossip sites. It looked as if mainstream media had made it a habit to call another celebrity gay.

Around 15 years ago, Matt met his young love, Rachel Gutman, at a vat of a gel while coming home from Beirut. Ever since he has always been outspoken about his family life.

Then, fast forward to 2007, Matt exchanged the vows with his lady, Rachel. Looking at his social media, it's clear that he is not shy about flaunting his family. 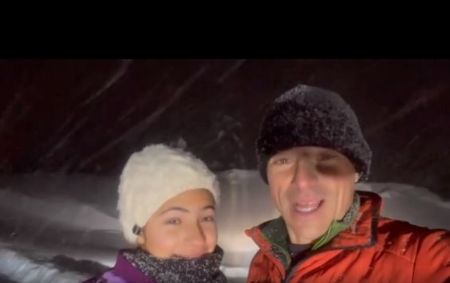 Matt Guttman got hitched with his Rachel Gutman in 2007 SOURCE: Instagram(@mattgutmanabc)

Matt's successful personal life with his wife and children is something to talk about. Being happily married to his wife Rachel Gutman for about a decade now, the ABC reporter lives life to the fullest.

Things moved pretty quickly with Matt and his wife that they started a family right away after their wedding. The couple welcomed two adorable kids, Tom Gutman and a daughter.

Watch the video of Matt Guttman on the earthquake simulator.

On 9 September 2021, Matt took the day off to spend time with his daughter and share his daughter's first day at 7th Grade. The Gutman family knows how to enjoy, which was imminent when he posted a picture of their family playing in the snow.

One such instance of him making us aware of his bond with his family was an Instagram post made by Matt on 9 October 2021, having a fun father-son moment of his son learning to ride a bike.

Matt wrote," Somebody conquered his fear today. The next round he did solo down the street." Despite his hectic schedules, he spends time with his growing children and is fond of them. 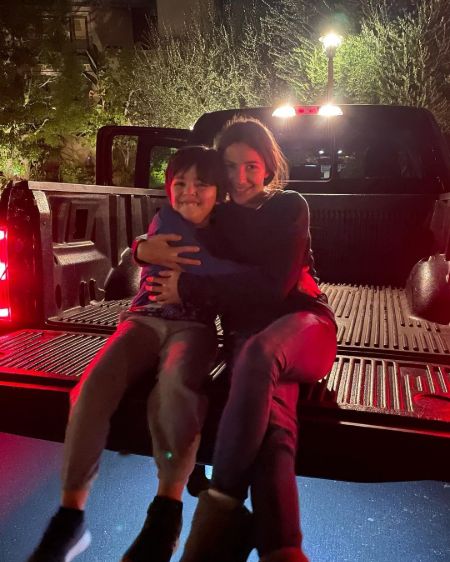 With this, the journalist even took to social media to show love towards his soulmate by another post on their anniversary. He wrote, "Im may far away but feel closer than ever #happy anniversary."

This shows that their love for his family grows with each passing day. As of now, Matt Guttman is enjoying his life with a successful career and a beautiful family.