Home Article Is "Nip/Tuck" Actor Dylan Walsh Dating a Girlfriend After a Couple of Failed Marriages? Know More About His Past Relationships and Children.

Is "Nip/Tuck" Actor Dylan Walsh Dating a Girlfriend After a Couple of Failed Marriages? Know More About His Past Relationships and Children. 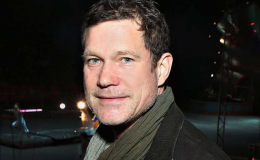 Famous American actor Dylan Walsh had to get over with two marriages both ending in divorce before finding a stable relationship. He married an actress in the'90s and had two children, another actress in 2004 and was blessed with a daughter, however, he divorced her after just six years of marriage.

Is Dylan Walsh not good at keeping a good relationship? Despite his awful past experiences, it is said that he's dating a girlfriend and the duo has been together for years with two lovely kids. Let's get to know every detail.

Is Nip/Tuck Star Dylan Walsh Dating Anyone Or Is He Single?

Not a news girl wants to hear, Dylan Walsh is in a happy relationship with a Modern Vampires and The Apostle actress Leslie Bourque since 2011. They are in a comfortable relationship after Walsh's second divorce. 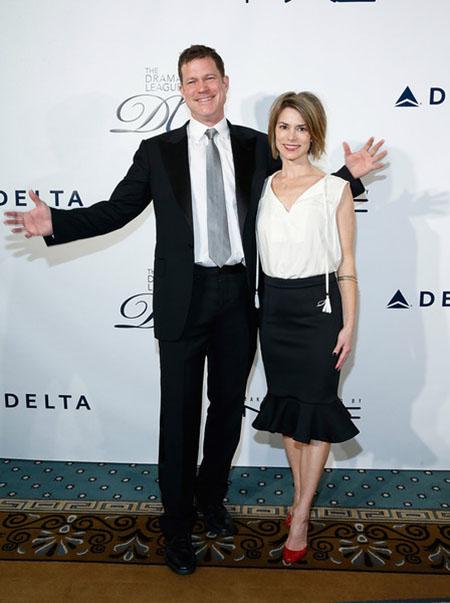 Although having failed with marriage twice in the past, he got himself a beautiful lady with whom he is happy and putting all the effort to live a successful love life. They have a 7-year-old daughter Amelie Belle Walsh and a 6-year-old son Hudson Walsh.

Law & Order: Special Victims Unit star doesn't miss out on spending quality time with his girlfriend as Paparazzi spotted him walking around the Los Angelos street with his pregnant girlfriend on Christmas day 2012. He was seen shopping for holiday gifts earlier that week. 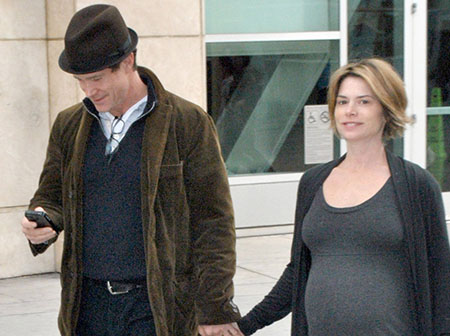 Dylan Walsh Walking On The Los Angeles Street on The Christmas Day.

He along with his wife and children were having a meal at the Lafayette Zoe's Kitchen, spotted by one of his fans. It was because of Bourque's root and his past movie shooting they explored the place more. 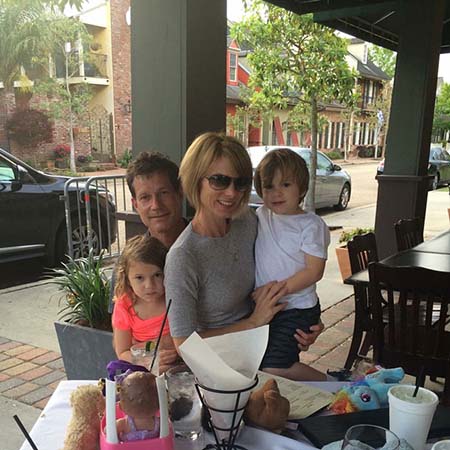 Dylan Walsh Eating Out With Family.

All these romantic moments indicate he's having a great love life that would envy anyone. We can expect them to get married soon only as long as they are happy together.

Dylan Walsh Failed Marriage. Who Are His Ex Wives And His Children?

Lead role in Nip/Tuck as Dr. Sean McNamara, Dylan Walsh, 55, had a couple of failed marriages with actress Melora Walters from 1996 to 2003 with whom he has two children, and actress Joanna Going on 2004 to 2010 with whom he has a daughter. 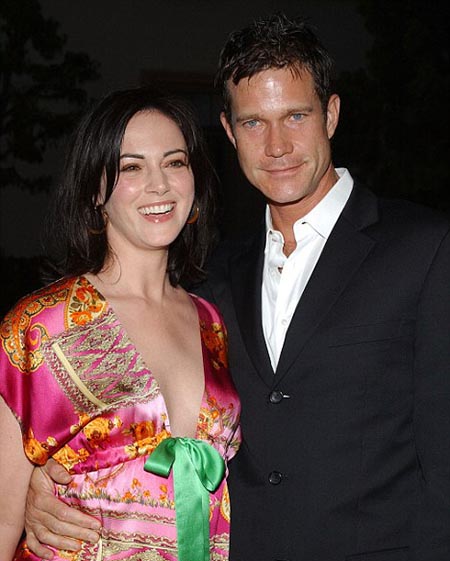 How can one not be loyal to his wife? It seems marriage is not a positive thing to him.

You may like: Hollywood actress Blake Lively and actor Ryan Reynold's secret married life. Are they getting baby?

Getting a divorce is not as easy as it looks like. Divorce with actress ex-wife Joanna Going had him pay her half of his royalties from Nip/Tuck, a couple of movies, an "SVU" episode, and more. Meanwhile, she also agreed to pay half of her royalties from her shows like CSI and Criminal Minds. They had to pay $4,300 each from each paycheck in child support for their then 9-year-old daughter.

With Merola Walters, he has a 23-year-old son Thomas Charles Walsh and a 21-year-old daughter Joanna Marie Walsh. Stella Haven Walsh, 15, is his daughter with Joanna Going. His now girlfriend Bourque was pregnant with his child in 2011 before he got divorced with Going. Doesn't it sound like cheating?