Home Article Ricky Martin and Jwan Yosef happily Engaged since 2016, is the Couple getting Married this year?

Ricky Martin and Jwan Yosef happily Engaged since 2016, is the Couple getting Married this year? 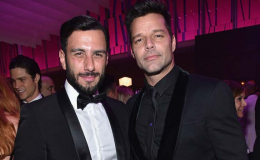 Ricky Martin came out as gay in 2010 and has a series of boyfriend since than. Today we're going to take a look at all of his relationship.

Ricky Martin coming out as gay in 2010, was one of the most shocking revelations of the year. It definitely broke the heart of the millions of female fans out there.

However, Ricky is now a father of two children with his current boyfriend Jwan Yosef. Both of them officially got engaged in November and word is they're going to get married soon...Really!

Ricky and Jwan started dating since early 2016 after Ricky's relationship with stockbroker Carlos Gonzalez came to an end in 2013. 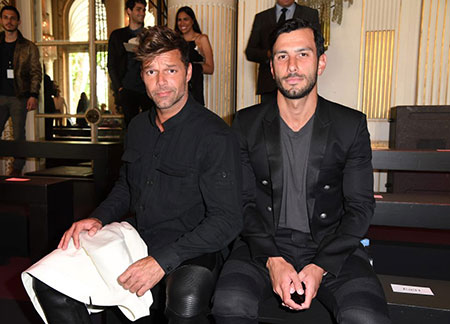 Ricky and Jwan during an event, Source: The Sun

They confirmed their relationship in April 2016, during a red carpet event in Brazil. Both of them were holding hand in hand and later Ricky took to his Instagram account to reveal his relationship with the Syrian artist.

Since coming out as gay in 2010, Ricky dated Nathan Lane and Carlos.

The Nobody wants to be lonely singer is often seen holidaying and enjoying quality time with his better half. Their most recent trip was to Ibiza, alongside their good friend Esther Canadas. 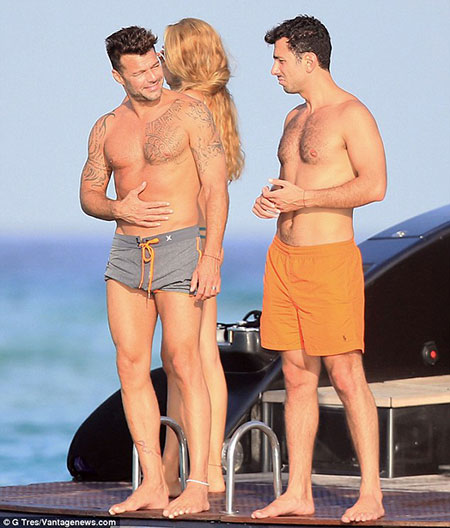 But when the time came to take his relationship to the next level, Ricky popped the question and then the rest is history. 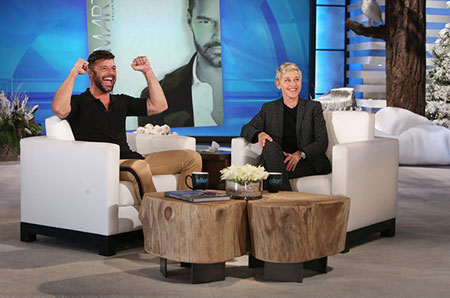 “I proposed. I was really nervous, but I got on my knees and I took out the little metal box — I just had it in a little velvet pouch — and instead of saying ‘Would you marry me?’ I said, ‘I got you something!’ Bad!” he said with a laugh. “And then he was like, ‘Yes?’ I said, ‘I want to spend my life with you,’ and he was like, ‘What is the question?’ ‘Would you marry me?’ That’s it.”

It even revealed how he met and how much his children loves his partner on the show. You can watch the full video here!!

Ricky and Jwan's blissful life is not complete without mentioning their two children. In 2008, via surrogacy, he brought his own twin children into this world, two boys named Matteo and Valentino. 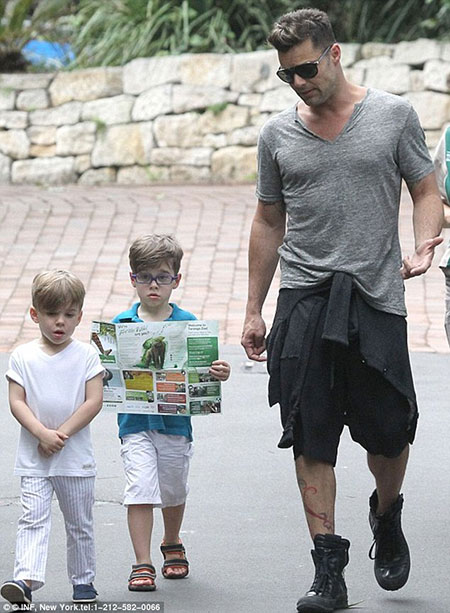 Ricky with her children-Matteo and Valentino, Source: Dailymail

It was one of the most joyous moments in his life. His boys are all grown up now and travel together with their dad all across the world.

Even though at first he got traumatized after the birth of his sons. He stated,

'I was traumatized after the birth of the twins.'

It was because the latino singer wasn't able to take responsibility for them. But later he decided to become a good dad and turns out, he is a good father after all. 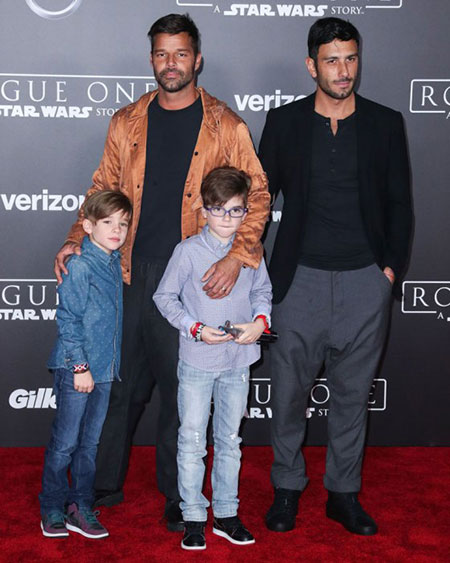 Well, we do hope that the love birds get married and be one. They'll also become a big example to all the LGBT community out there. Loads of luck to them!