Is Rosalind Ross, 26, still Dating Boyfriend Mel Gibson, 61? Is the Couple planning to get Married? 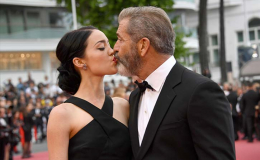 Rosalind Ross and American actor Mel Gibson are living happily in their romantic life with a baby boy.

The American actor and filmmaker Mel Gibson is currently in a relationship with the Rosalind Ross. The Couple is dating for two years and now is also the proud parent of their first child together.

How is the relationship of the couple going on? Are they about to get married in near future? Let us find out!!!

Rosalind Ross and Mel Gibson are still in a Relationship

The year 2017 has brought a lot of amazing news for the couple. We can assume that they are going to remember this year for their entire life.

The Australian star was nominated for two categories in the Golden Globes as an unexpected comeback. 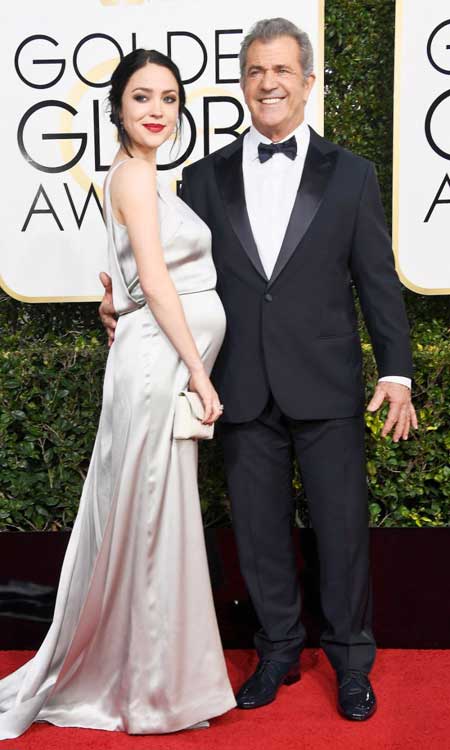 The couple in the Golden Globe Award, Source: Yahoo

On the top of that, Mel and Rosalind are very glad to welcome their first baby on 20 January 2017. Though Rosalind has successfully become a mother for the first time, on the other hand, Mel is the father of his ninth child.

The baby boy was born in Los Angeles and is named as Lars Gerard Gibson weighing 5 lbs. 5oz. As per the source,

“They’re thrilled and Lars is adorable. Their family is all around them and Mel is over the moon. They’re home and everybody is healthy and happy!”

The actor and his girlfriend began their relationship two years ago when Ross applied for a job at the production company of Mel named Icon.

The couple spent quality time together and soon choose each other for their entire life. According to a source,

“They started their romantic getaway in Costa Rica, hiding out in Playa Barrigona, where he owns a 500-acre tropical sanctuary in the middle of the jungle, before heading to Panama. It's clear the two of them are really happy together,”

Despite 35 years gap in the couple, Mel defended his girlfriend on every occasion stating that age is just the number. The father of nine confirmed the pregnancy in September 2016. 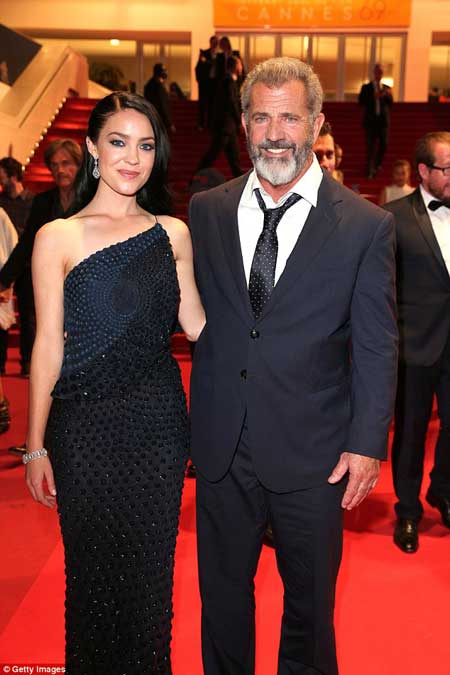 Gibson and Ross on the red carpet, Source: Daily Mail

“It might cause a problem and one has a trepidation about these things, but it's working out great. She is a really special person.”

Mel recently attended Oscar Awards 2017 on the red carpet with Rosalind. It seems that they are very much dedicated to each other. They might soon take their relationship to a next level.

Mel Gibson and his past relationship

The oscar winning director and actor was previously linked with Russian pianist Oksana Grigorieva. The couple has an adorable daughter, Lucia. 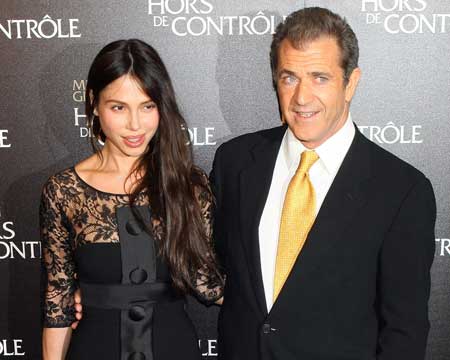 Mel with his ex-girlfriend Oksana in an event, Source: Pinterest

Oksana accused Mel of domestic violence in the year 2011 and the dispute made the couple split for the entire life.

Again, the star was married to his former wife Robyn Moore and maintained their relation for 30 long years and decided to divorce in 2009.

Robyn and Mel encountered each other in 1970 and later got married ten years later in the year 1980 in Roman Catholic church in Forestville, New South Wales.

Their divorce settlement is one of the expensive in Hollywood since Mel had to pay an amount that worth half of his property including portions of jewelry of around $400 million.

Career of Mel Gibson in short

As a student, Gibson made his film debut in 1977 the movie Summer City.

He was labeled as 'action hero' for his roles as Martin Riggs in the Lethal Weapon and Max Rockatansky in the three action series of Mad Max.

He showed his versatility in the field of acting through the role of mentally slow youth in Tim and at the same time he was also featured in the Australian television series The Sullivans.

William Wallace: Aye, fight and you may die. Run, and you'll live... at least a while. And dying in your beds, many years from now, would you be willin' to trade ALL the days, from this day to that, for one chance, just one chance, to come back here and tell our enemies that they may take our lives, but they'll never take... OUR FREEDOM

Mel gives all the credit of his film direction particularly to George Miller, Peter Weir and Richard Donner who taught and nfluenced him to be a director.

When I portrayed Benjamin Martin, an unassuming man who is forced to join the American Revolution when the British threaten to take his farm away from him. Together with his patriotic son, Gabriel, the pair faces the vicious Redcoats with a heroism that reflects the stubborn pride of a young country's most dedicated supporters. If you know the title of the movie. Comment it.. :-)

He made his directorial debut in the year 1993 in The Man Without a Face including Braveheart, which emphasized his success with Academy Award for Best Director.

Here is an interview of the couple on extra TV at the Oscars:

Mel was born on 3 January 1956 ainPeekskill, New York, U.S. and later migrated to Australia with his parents at the age of 12. He is the sixth of eleven children in the family. 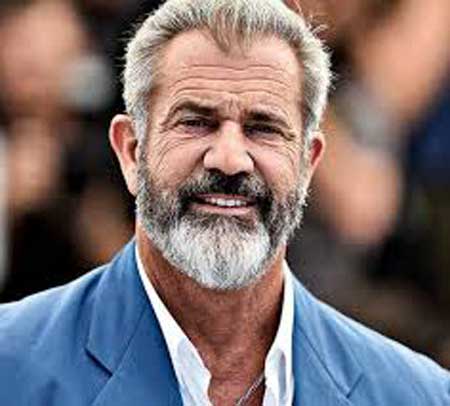 Gibson has both Irish and American citizenship and all the credit goes to his mother.

He gained the knowledge of acting at the Australian National Institute of Dramatic Art and completed hsi high school education at St Leo's Catholic College in Wahroonga, New South Wales.

As of now, the star is very busy in his life with Rosalind Ross. Though there is immense age gap in the relation, they have well maintained it to their best.

Hence, we wish him all the luck for his future life. May the heavenly couple commence their conjugal life soon in days to come.