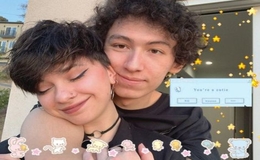 'Cradles' was a massive hit. And the viral song and its weird music video were enough to bring its singer Sub Urban an extensive flow of fame and attention.

And, since the release of the song, Cradles, the song made inside a living room with the help of a piano surpassed over 72 million views on YouTube in only three months. Whilst, the rising star enjoys the hype of his career, some of the fans can't stop pondering over the curly-haired's love life.

So, Does Sub Urban Have A Girlfriend?

The currently 20 years old singer, Danny Maisonneuve, who uses Sub Urban as his stage name surely likes to keep his personal life under the radar, but that doesn't mean we don't know a thing or two about him. 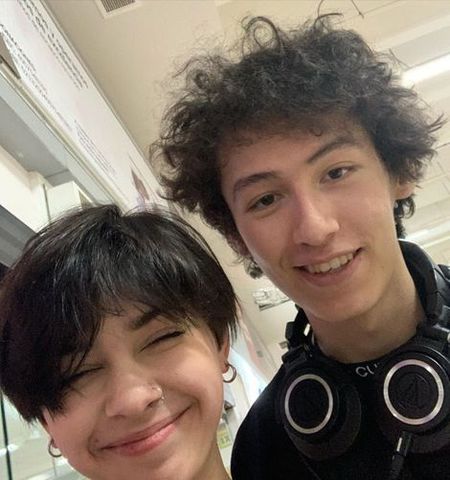 Speaking on the matter, Sub Urban does have a girlfriend. Sorry girls, we don't mean to break your hearts, but the truth always prevails sooner or later, don't they? And, to get straight to the point, Sub Urban is dating his beloved girlfriend Sophie Xavier.

Danny and the e-girl began dating since 2018. But, in the meantime, the singer is yet to officially introduce his girlfriend on social media. Sophie, however, had already made the move.

As a matter of fact, the short colored haired showed off Danny for the first time on 21st June 2019. And, two days later on 23rd June 2019, sharing a picture with the singer, Sophie wrote how she missed her beau on Instagram.

On 25th December 2019, Sub Urban, likewise, tweeted, "So, you fell for an egirl", which was obvious to some of his fans that the tweet could be applicable to himself. But, that wasn't the first time, Maisonneuve disclosed information on his love life, as he previously made an awkward tweet.

Taking to Twitter on 3rd March 2018, Maisonneuve, in his earnest words, tweeted:

"I played fortnite with my ex’s new boyfriend. Not a good feeling"

But, when asked by username VorsaMusic why the singer allowed such incidents to happen with his ex's new boyfriend, it was later learned that the singer didn't know the truth by then. Interestingly, what is even funnier is the fact that his ex's boyfriend was a mutual friend of the singer's friend. 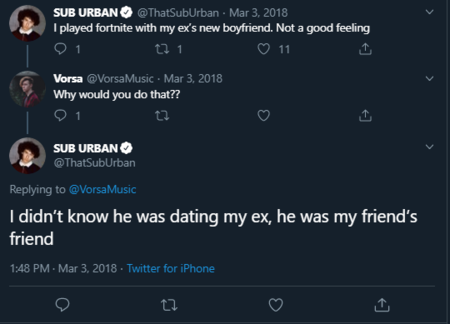 The identity of Sub Urban's former girlfriend, however, isn't disclosed yet. But, it's safe to say, Danny and his ex-girlfriend broke up somewhere in between or early 2018.

View more interesting Stories and Biographies on your favorite celebrities only on Marriedwiki.com.