Home Article Super Girl Stars, Chris Wood and Melissa Benoist On Their Next Relationship Level, Will They Get Married Any Time Soon?

Super Girl Stars, Chris Wood and Melissa Benoist On Their Next Relationship Level, Will They Get Married Any Time Soon? 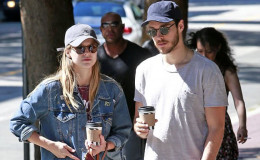 Chris Wood is a well-known American actor. He is famous for his role as Malachi "Kai" Parker in the TV series The Vampire Diaries. He has been nominated for many awards in this career. The guy is great around women with his nature and had been in several relationships in the past few years. We will take a closer look at his past affairs.

When we talk about handsome hunk, Chris Wood, it definitely rings the bell as the actor is known for his iconic roles including Malachi/Kai Parker in The Vampire Diaries and also as Mon-El in the superhero drama series, Supergirl.

He sparked the romance with supergirl co-star Melissa Benoist but there were rumors of their split around the gossip mongers, but could this be true. Let's find the truth!

It's a fan's dream come true to see their favorite stars onscreen, come together as a real-life couple and the pair, Chris Wood, and Melissa Benoist have made this possible.

The pair has been dating since early 2017 and though they have remained low-key, together they've been spotted many times doing adorable things like, walking their dogs together or kissing on the beach!

Just last month, Chris shared a picture of him with Melissa enjoying a ski trip together and both looked really happy.

They look absolutely adorable together and their fans are crazily shipping them.

Prior dating Chris, Melissa was married to actor Blake Jenner but eventually, the pair couldn't sustain their marriage and got divorced.

Chris Wood and his other Past Affairs

Chris Wood was in a relationship with Erin Burniston from the year 1995-2013. Their relation was so loving that they even decided to get married but the relation had to come to an end. 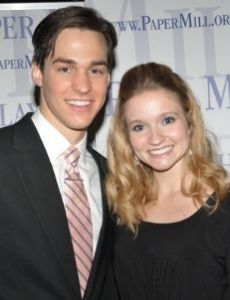 He was also involved with actress Anna Sophia Robb for nearly a year but it did not last as expected. 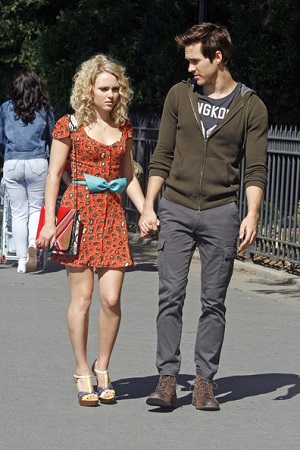 Again, he was in a relationship with Nina Dobrev in 2014 but eventually it had to end.

Then he started dating actress Hanna Mangan Lawrence in 2016 but it too didn't last long.

He is recently dating his Supergirl co-star, Mellisa Benoist.

They were found kissing publicly in Cancun Beach, Mexico. The lovebirds were also spotted outside the LAX airport after together. 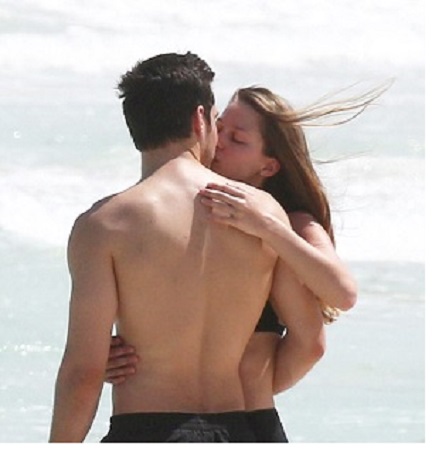 The twosome was found kissing at beach, Source: Dailymail

Both were recently out of a relationship as Melissa filed for divorce with her ex-husband and Chris too was just out of his relationship with former girlfriend Hanna Mangan Lawrence.

Wood was born as Christopher Charles Wood in 1988. After the completion of his graduation, he started pursuing his car the er into film industry in 2010. According to Wood, his work in The Vampire Diaries is stated as the best he has done till now in film industry. 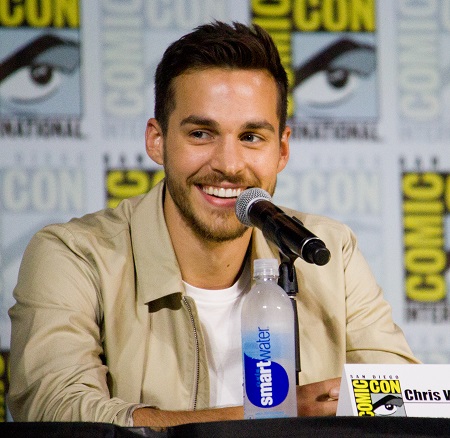 He took Fine Arts degree as his major and is doing great with his work of field.

Seems like he is having a bit of a flow in fan following as he has 2.1 million followers in Instagram and 317k followers on twitter as of now. 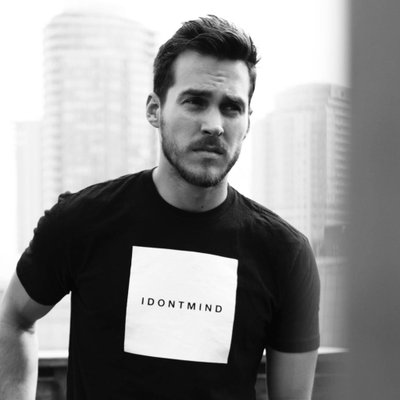