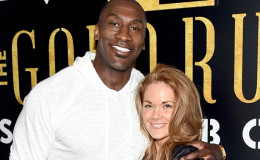 The American Footballer Shannon Sharpe Married to longterm Partner Katy Kellner and their troublesome relationship. How blissful are Denver Branco star and fitness coach's married life? Do they have any children? Let's dive deep in to know the result...

Love to someone is like a flying bird. It arrives from an unknown place and ends up disappearing suddenly leaving a painful tear in the eyes. Similar is the case of American Footballer Shannon Sharpe, who met a loving beautiful dove but only she did is left an unbearing pain to this young man.

Regardless of living most of his professional life under the spotlight, Shannon prefers to keep private life behind the curtains. Shannon’s admirers are eager to know about the love life of him which created a huge controversy back sometime. Does Shannon plan to get married soon after his failure in the previous relationship? Let’s find out!

Fox Sports anchor Shannon Sharpe felt the wrath of Griselda Records posts taking a shot at Buffalo's Hip Hop scene. Benny The Butcher and Westside Gunn clashed with the NFL Hall of Famer through socials over some comments made by the former Denver Broncos tight end on his TV show Undisputed.

Midst debating his co-host Skip Bayless during the latest episode, Shannon randomly asked: " What great rappers you know come out of Buffalo?"

Twitter user, Jalen R posted a clip and tagged the Grisdela roster telling the former NFL star-tuned media personality that he was out of contact. Westside interrupted by taking a shot at Sharpe and warning the NFL great on disrespecting Buffalo.

Skip and Shannon: Undisputed host is currently single at the moment. He is indeed in love with toasts and oatmeal after splitting from his longterm partner.

Sharpe had met the love of his life and was speculated to be engaged with Katy Kellner in 2016. While the duo strolled together on several occasions making public appearances, Shannon and Katy were the talks of the town for some time.

The fitness instructor's down to earth, nature brought balance to the aggressive and trash-talking behavior of Shannon. After Katy became pregnant with her new partner Marlon Byrd, Shannon decided to choose a separate path.

Believe it or nor Sharpe's admiration for Nicole Murphy might be the reason behind their separation. The former NBA star has widely made his feelings towards Nicole exceptionally clear in his socials and own show as well.

Sharpe's socials are filled with pictures of workouts, cuisines, pets, and shopping. He is so much in love with dogs that he calls them boys and refers himself a daddy to dogs.

Shannon Sharpe finally met the love of his life after he got engaged to his longtime love and flywheel fitness instructor Katy Kellner somewhere during the time period of 2016. 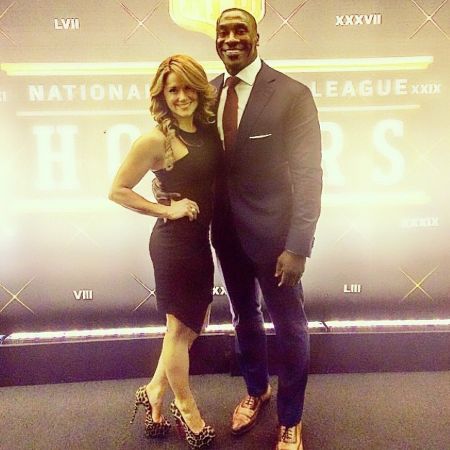 Shannon Sharpe with his ex-wife to be Katy Kellner
SOURCE: MTO News

Shannon Sharpe is in a long-term relationship with this fitness instructor with whom he shares three children; Kaley, Kayla, and Kiara from Shannon’s previous relationship. Also, the lover of dog, Katy, proudly owns three dogs altogether.

Tonka, yes Daddy. What are you doing? I’m waiting for Santa. Tonka, why are you waiting on Santa because I ordered 24 bully sticks, 2 steaks, 5 chew toys and a new bed? I get that Tonka, but why are you waiting. I’m going to make sure he brings everything I requested or it’s going to be smoke in the city#TonkaTheBully #DaddysBoi #LALife

With the duo noticed together on several occasions making public appearances, Shannon and Katy became the gossiping matter for quite some time.

Several reports, as well as her Twitter bio, which says “fiancé to #84,” Sharpe’s old jersey number, suggest that the couple is engaged.

How long were they married? About as long as Scaramucci had his job. Too soon?

Moreover, Katy revealed the duo’s passion for fitness added blossom in their relationship and admitted,

“Working out is a passion for Shannon and me. In fact, our romance began in a gym! Fitness has had a positive effect on our relationship because it is a common interest that we both feel very passionate about. We work out together, and that allows us to spend much more quality time together.”

Nevertheless, their relationship didn’t last long though with no official announcement of their breaking up. Furthermore, it is believed that Shannon’s huge admiration for Nicole Murphy might be the reason for their separation.

As of now, Sharon is still single and yet to be married, however, ex-spouse Katy is in a relationship with Marlon Byrd, with whom she shares a baby child together recently.

Shannon Sharpe's wife Katy Kellner is now a mother to a baby boy Jaden. She gave birth to her son on 7 December 2018 with boyfriend Marlon Byrd. The baby is eight months now. Katy and Marlon's socials are showered with, pictures of the three.

Like Kellner, her present boyfriend is also a fitness enthusiast and gym owner. Following the bitter split with Kellner, Shannon is not seen with many women to date neither he ls heard of marrying anyone.

Michelle Bundy, a woman claimed to be Sharpe's lover, filed a restraining order against Shannon on September 9, 2019, in an Atlanta court. She accused him of physical assault and threatening her life. Bundy added, she was forced to have sex with him and cause of that he reportedly threatened her life. A few weeks later, the restraining order was dismissed with Bundy sued of fabricating her claims against the NFL star.

As a teenager, Shannon’s performance made a positive impression throughout his high school and college which ultimately led him to place his name to the All-Southern Intercollegiate Athletic Conference team for three years, from 1987 to 1989. He even became the Conference’s Player of the Year. 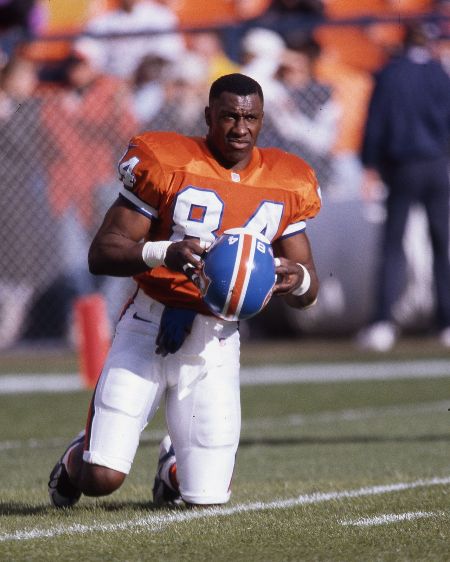 Later in 1989, his hard work paid led him to play for Kodak Division II All-American before getting inducted into the Division II Football Hall of Fame a decade later. Following his success in Division II, Shannon got noticed by the Denver Broncos out of Savannah State.

Shannon’s breakout year came in the third season for Broncos after leading the team receiving with 53 catches for 640 yards. That year, he earned his first Pro Bowl nod and got named first-team All-Pro.

Following the success from past performance, Sharpe returned to Denver and played two final years with the Broncos before retiring. He played a total of 204 regular-season games and started in four AFC championship games.

Shannon Sharpe was born on June 26, 1968, in Chicago, Illinois, the U.S. As a child, the brown-eyed made extra money by catching chickens for a farmer and working in tobacco fields. 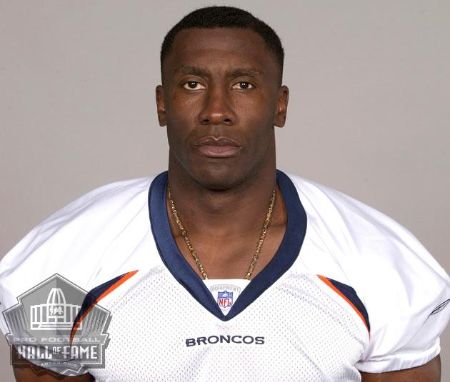 Shannon is the younger brother of former NFL star wide receiver Sterling Sharpe. Furthermore, He is the first tight end to reach 10,000 receiving yards. Shannon has an estimated net worth of $12 million.

be sure to check out Marriedwiki.com for more celebrity entertainment and biographies.