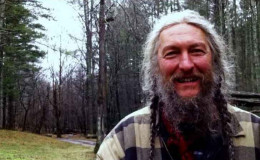 TV personality Eustace Conway is living a solitary life. He is still living a healthy and sound life in Turtle Island. He has no plan to get married. He has a huge net worth.

"Being single is a good feeling, no drama or headaches, Only if you don't mind the loneliness."

It seems personal life is not a big deal for American naturalist Eustace Conway as he is living a solitary life. He is the sole owner of Turtle Island and dedicated his entire life taking care of nature around him.

He has become the source of inspiration for many as he has become a subject for a number of writers and his life is also featured in a couple of documentary movies. Wanna know more about him? Let's go on!

Conway was born to the family of Karen Conway and Eustace Robinson Conway III. He has two brothers named Judson and Walton and a sister Martha.

While talking about his dating life, Conway falls under the category of those rare individuals who are fully content with their single life. It's pretty clear among his fans that he's never been married or divorced. 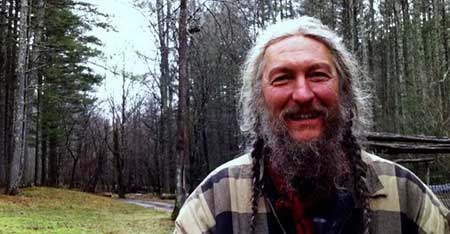 Instead of living a blissful life with wife and children, he prefers to take care of his home Turtle Island and natural resources around him.

His solitary life raised a lot of questions and speculations about his sexual preferences. Rumors about him being gay also swirled in the media but Conway is yet to speak on the very topic.

Living home at an early age, Conway started his life Turtle Island Preserve in Boone, North Carolina. He claims to cross the United States on horseback from the Atlantic to the Pacific within 103 days.

His cross-country journey was reported in the episode 'Adventures in the Simple Life' of the weekly radio show 'This American Life'. In addition to it, a documentary movie  Full Circle: A Life Story of Eustace Conway depicted his life in 2003.

We were so humbled and grateful to have been able to meet , and listen to this incredibly inspiring human today, Eustace Conway (@eustaceconwayhofs )! #homesteadersofamerica #hoa2018 #hoa #eustaceconway #turtleislandpreserve #turtleisland #virginia #inspired #reallife #mountianmen #nc #naturallife

He gained wide recognition while appearing in a reality TV series 'Mountain Men' on History Channel. The series focused on his daily life and showed how he prepared food and lived in an extreme environment.

Moreover, he became the topic of the book by Elizabeth Gilbert entitled The Last American Man and Adventures in the Simple Life by Sarah Vowel.

He was one of the four stars featured in the 2012 documentary movie Reconvergence alongside scientist Preston Estep,  poet Caleb Whitaker, and historian Waite Rawls directed by Edward Tyndall. 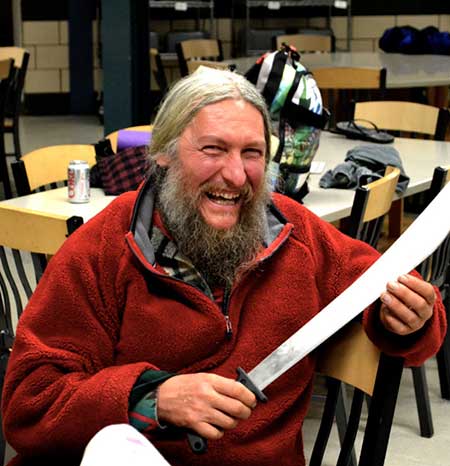