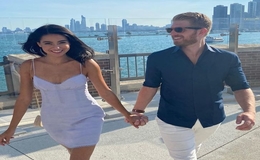 Jake Hamilton has the best of both worlds. What can't this talented man do? He can act, sing, host, and whatnot. Not to let it go, he is also one of the people gifted with blissful love life.

The American singer and anchor, Jake Hamilton bagged a great romantic partner, none other than his beautiful girlfriend, Amanda Alesak, also called Mandy. And, by the looks of their Instagram pages, both Jake and Alesak are indeed head over heels in love.

Needless to say, Jake and his girlfriend aren't shy to showcase their love for each other on social media. Several pictures of them together doing spontaneous stuff like traveling can be spotted on their pages.

Not to mention, Hamilton took his future, possible wife, to their first vacation in June. Jake took lovey-dovey pictures to share them on Instagram. The New Song singer and Mandy are definitely having a blast. 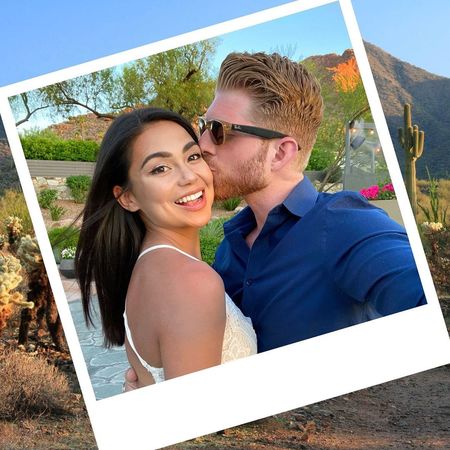 Mr. Hamilton and Alesak, however, are yet to tie the knot. As a matter of fact, the pair is yet to be engaged too. After all, Hamilton and Mandy seemingly only began dating in 2020 and marriage is definitely not on the table this soon, as of September 2020.

Past Heartbreaks & Marriage Of Jake Hamilton

Jake Hamilton has come a long way after suffering multiple heartbreaks since his previous breakups and even a divorce, to one's surprise. The anchor was previously married to his first wife, Nicole Hamilton, the mother of his three children.

The Emmy winner anchor and Nicole tied the knot in 2002 after dating for years in a Christian ceremony. Things looked bright in the beginning as they went on to welcome three kids together since their first child's birth in 2004. Their kids include Ezrah Ambrose, Geneva Justice, and Judah Blue.

Unfortunately, it wasn't meant for Jake and ex-wife, Nicole as they started suffering from marriage problems and eventually split and divorced in 2007. Jake and Nicole co-parents their children together.

Other than Nicole, Jake was also in a relationship with his former girlfriend known as Lauren Deschenes with whom he was even engaged to in 2017. Hamilton shared an adorable picture of the couple's engagement where Lauren showcased her massive diamond ring. The couple couldn't make it to their wedding and eventually parted ways.