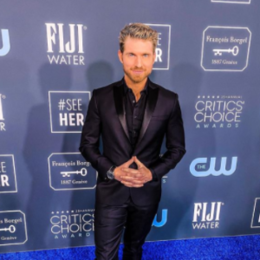 Mediocrity knows nothing beyond itself, but talent instantly recognizes genius. The same is the case with Jake Hamilton, an American Christian praise and worship singer-songwriter. He is widely acclaimed for his music album Freedom Calling which made commercial successes through Billboards Charts. How Rich is the California-born artist? Know his net worth and personal life in detail.

How Is Jake Hamilton's Married Life with Nicole Hamilton?

Jake Hamilton is currently dating a lady named Mandy Alesak. She made a debut on his Instagram on June 19, 2020, enjoying a drive with her man. On June 23, Jake took a cozy picture of himself kissing Mandy's cheek amidst their first vacation together. 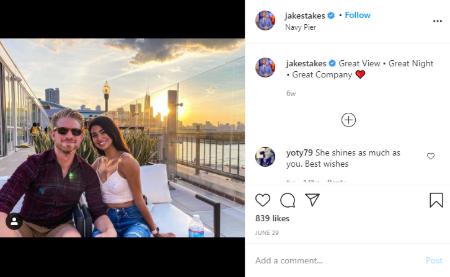 Hamilton took his new partner to Navy Pier, one of Chicago's waterfront destination. The lovebirds stayed at a luxury hotel of Chicago for nearly two weeks. The Christian worshipper who's been sparking dating rumors wished Mandy a Happy Birthday on June 26, 2020.

His caption read, To the smartest, funniest, kindest, most driven, most selfless, adventurous, most passionate, and the most beautiful woman on the planet. Mr. Hamilton is often spotted hanging around with his lady far from the city rather than on PDA.

Jake previously dated a girl named Lauren Deschenes and even proposed her in a dark movie theater using the magic of fake movie trailer on 27 August 2017. The musician further shared the results of his proposal adventure online which instantly gained vital heat. 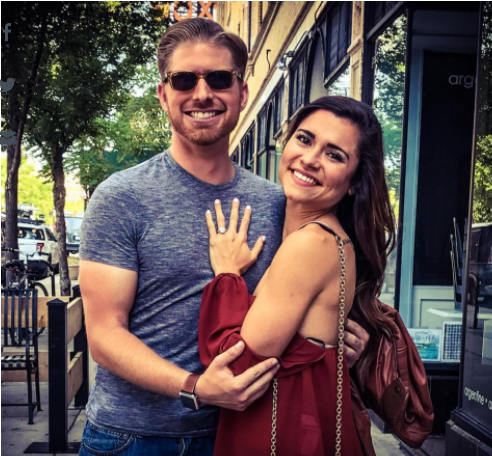 In addition, the gist of the five-minute video scored two thumbs up from Deschenes, as she immediately responded "Yes" to Jake's request for her hand in marriage. However, the relationship could not last long, they end up splitting within two years.

Jake Hamilton was once married to partner Nicole Hamilton (NICCI) for six years. The pair walked down the aisle in 2002 and welcomed their first child in April 2004. They were blessed with three adorable kids Geneva Justice, Ezra Ambrose, and Judah Blue.

Having said that as an artist, Jake wishes to push the limits of creativity and as a baby daddy, he is committed to his family first. The two were deeply in love with each other and had been sharing many things together. Suddenly, the relationship turned sour; they divorced in 2007 citing personal issues.

The 41-year-old Christian praise and worship singer Jake Hamilton has an estimated net worth of $2 million. He receives a payroll of $45 to $60,000 per annum which is the basic salary of a singer-songwriter.

Hamilton released the first album Marked by Heaven in 2009 while starting his musical career. As the debut song was a massive hit, he released his second album Freedom Calling in 2011 that saw commercial success on Billboard charts.

Later on, Jake founded a band named Jake Hamilton and the Sound, in 2014. The band released the song Beautiful Rider, which became commercially hit. The singer-songwriter recorded a solo song for the movie Holy Ghost in June 2014.

As a Jesus Culture worshipper, he opened sold-out rights with Jeremy Champ. Jake recorded two CDs with Jesus culture music and made it to the top 10 on iTunes Christian Music charts.

Jake Hamilton was born as Charles Jacob Hamilton on 15 April 1979 in Rancho Cucamonga, California, the U.S. The Chicago entertainment reporter holds an American nationality and belongs to white ethnicity.

Hamilton spent his early days in hometown Rancho, where he lived with his family. He is one of three children of parents Charles Hamilton and mother Catherine Hamilton. Jake has two younger brothers.

Jake Hamilton was married to Nicci Hamilton for six years. They tied a knot in August 2002 and divorced in 2007. They were blessed with three children.