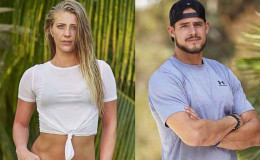 The Challenge stars Jenna Compono and Zach Nichols finally made their relationship official!!!

After the years of on-and-off relationship, the lovebirds Jenna and Zach are back together officially. The couple who met for the first time and fell for each other in 2014 is really serious about their relationship this time.

Wanna know more about the two? Let's get every detail in today's session.

Love is in the air for the star couple Jenna Compono and Zach Nichols on The Challenge.

After years of ups and downs, MTV's hot couple is back together officially. Compono took Instagram on 30th May 2018 to share a photo with Nichols. 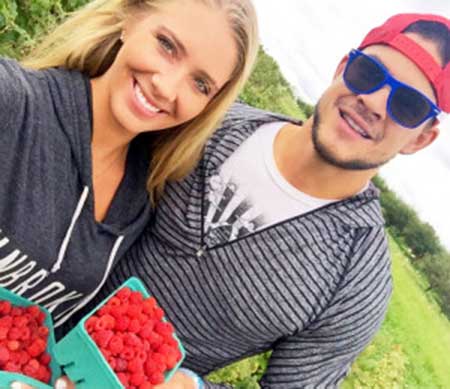 Jenna Compono with her boyfriend Zach Nichols
Source: US Weekly

"Love isn’t practical. It isn’t meant to be easy. It doesn’t appear on command. It doesn’t let you fall for whomever you’d like. It surfaces neither at the most opportune moment nor in the most convenient. It might pair you with someone you might never have expected."

"It’ll put you face to face with endless obstacles. But in the end, none of that will matter because it’s how you overcome its obstacles that will define your love. It may not be practical, but love is ultimately the best thing that will ever happen to you."

The lovely couple together for the first time in 2014 during her first Challenge, Battle of the Exes 2. After the end of the season, things went on a perfect pace between the pair.

So today consisted of a bloody lip, a water fight and losing my car keys in Panera because I was too busy getting our food.. not too bad! Just another ordinary day

She found out that her boyfriend cheated on her in 2016 when she was starring in Rivals III. Things between the two went down when he called her by the wrong name during a phone call.

Happy Birthday Handsome Insert long sappy love paragraph that no one will read here hahaha jk have the most amazing birthday, can’t wait to spend the next 100 with you old man! Love you so much!

Well, the on-and-off couple is back in the game and we are very happy about the two.

Don't Miss: The Challenge Stars Cheyenne Floyd and Cory Wharton Reveal They Have A Nine-month-old daughter Together Via Instagram Post!

It's been a year since Compono and her boyfriend Nichols rekindled their romance. They are back together and are better than ever these days.

"I met him when I just turned 21 on my first season, and he just got out of a relationship."

"When we broke up, we dated other people in between but always found our way back. The difference is, now we realize the other one isn’t going anywhere, we are each other’s person and now we handle certain situations more maturely. Even though we drive each other crazy sometimes at the end of the day we always fight for one another and our relationship."

The couple came back together earlier in 2018 and made their relationship Instagram official in the month of May.

Compono entered the world of reality TV on MTV's Real World in 2014. She received wide recognition appearing on MTV's 'The Challenge' series in 2015.

The reality game show is spun off of two reality shows Road Rules and Real World.

She's widely noticed for making it to the finals in all three seasons of the show and also appearing on "The Challenge: Rivals 4". 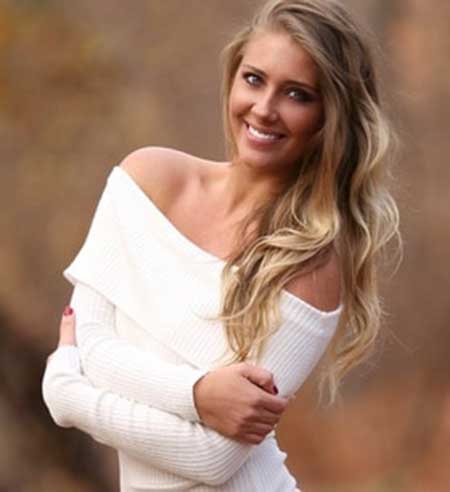