Home Article Jennifer Connelly and her Husband Paul Bettany; Happily Married in 2003, Details of her Family and Children

Jennifer Connelly and her Husband Paul Bettany; Happily Married in 2003, Details of her Family and Children

American actress Jennifer Connelly who just starred in Only the Brave and Spider-Man Homecoming also performed in Alita: Battle Angel; set to release in July 2018.

An Academy Award-winning actress Jennifer Connelly and husband Paul Bettany are one of the sexiest couples in the Hollywood and we just cannot get enough of their charm.

The couple tied the knot in 2003 and is blessed with three children. Know more about their family life here!!!!

Jennifer and Paul first met on the set of A Beautiful Mind and the rest is history. After dating for few years, the duo tied the knot in the year 2003.

The pair was recently seen attending the opening of Louis Vuitton's exhibit Volez, Voyagez in New York City. The husband-wife duo was spotted holding hands together. 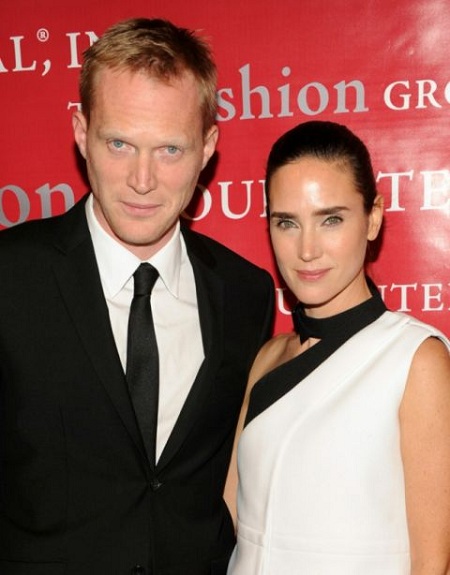 The actress, 46 looked sensational in a mini dress paired with a funky PVC tank top whereas her husband appeared in a black jacket, jeans, and black leather shoes.

The duo still seems so much in love. Connelly said in one of her interviews,

"I remember meeting him at the first read through. I thought, ‘Hmm, he’s really good that guy."

Bethany was also mesmerized by the beautiful actress. He said,

"I’ve never been this close to someone that beautiful before. I remember thinking, ‘I bet every man you ever met has tried to flirt with you."

They are such a relationship goals!!!!

The Couple Is Blessed With Three Children

Jennifer is a proud mother of three kids. She gave birth to her first baby with Paul, Stellan Bettany in 2003 and another baby girl Agnes Lark Bettany in 2011. 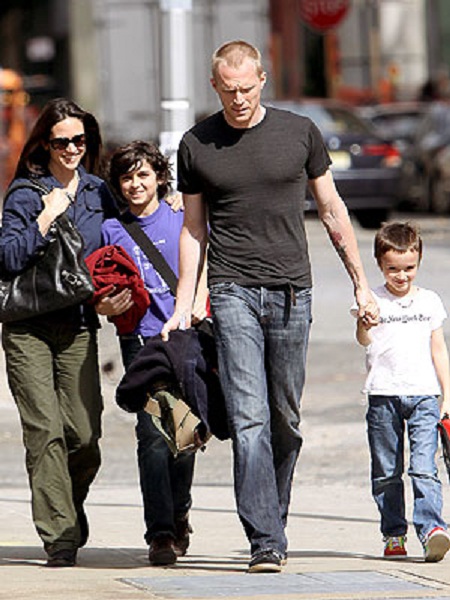 Jennifer and Paul walking with their kids
Source: Celebrity Babies and Kids

"I knew that we were going to be done after number three. That's enough for us."

Furthermore, she also has a son Kai, born in the year 1997 from her previous affair with David Dugan. 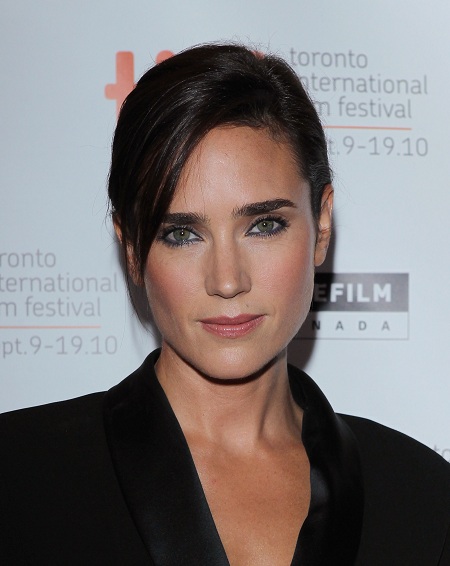