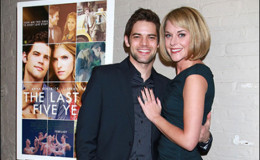 Jeremy Jordan plays the role of a villain in CBS show, Supergirl, but in real life, he is the hero for his wife of five years, Ashley Spencer.

The big time actor is happy in his marriage life and the family of three lives delightfully together. The third member you ask? Well, to find out about the third member, scroll down below!

Jeremy Jordan & Ashley-Marriage made in heaven

The handsome actor started his career in the mid-2000s and ever since he has been building a good foundation, slowly but steadily. After his marriage, the actor is lucky to have a good support from his then girlfriend and now wife. 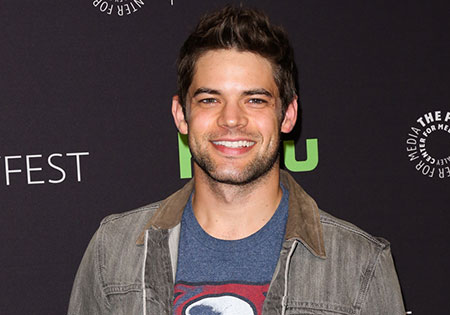 Jeremy Jordan is famous for his role in the series, Supergirl, Source: EW

Every one in this world needs someone by their side, who will stand by them, no matter what. Through thick and thin, that person stays with you, keeping you sane and strong.

Jeremy lucked out on this one as his wife, Ashely supports him all the way. The pair first met each other on Facebook, not you exact fairy tail kinda first meeting.

Saturday at the Jordan's!!!

Repost from @ajbway. This is what Saturday w the Jordans looks like!

But hey, their marriage worked and it's all that matter now. Their first date was quite interesting and fun as they went on a dinner date, got drunk, sang karaoke, and then the usual.

So that was it, their first date in one sentence. We're sure they did a lot of things together. 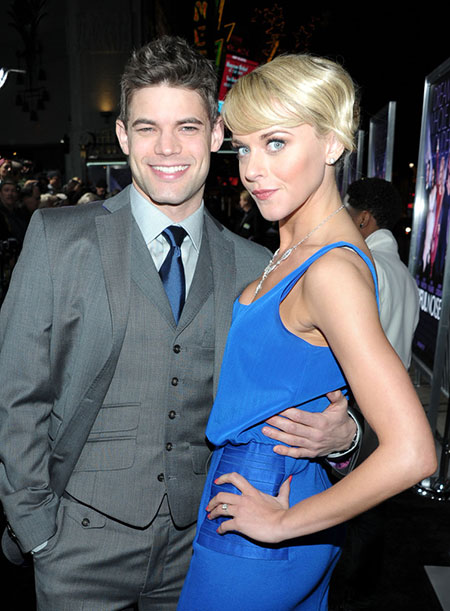 Jeremy tied the knot with his girlfriend, Ashely in 2012, Source: Zimbio

The pair tied the knot on September 8, 2012, after going on for few dates. The nuptials was an intimate affair and many of their friends and family were in the attendance.

According to him, he was expecting the worst type of things that could happen during his marriage. But in the end, it all went well and his girlfriend didn't leave him alone at the altar.

Jeremy Jordan-Share any Children with Wife

So who is the third member of his gang, is it a boy or a girl. Well, to say the least, their third member is the most loyal living organism in the world. 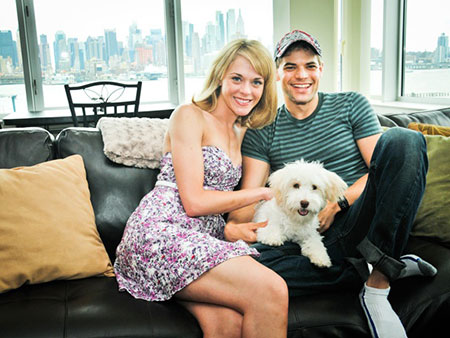 Jeremy lives together with his wife and pet dog, Riley, Source: Pinterest

Talking about children, it looks like the pair isn't ready for any responsibilities for now. His overwhelming career is a handful as it is, so looks like all of you have to wait before seeing him as a real father. 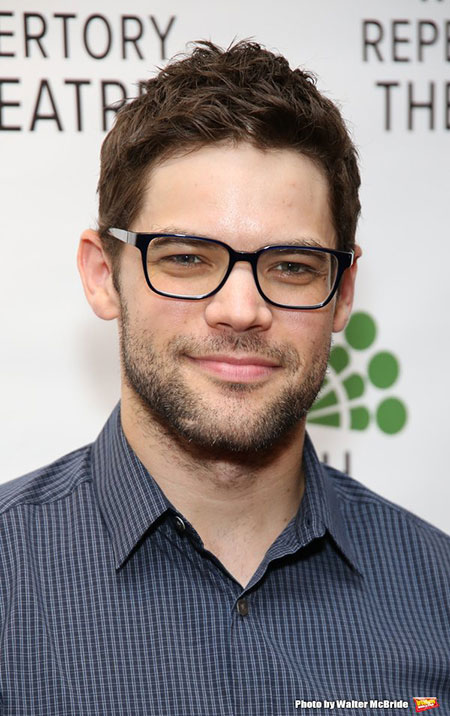