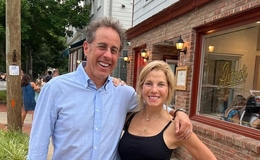 Inside author Jessica Seinfeld's married life: The cookbook author is married to stand-up comedian Jerry Seinfeld, with whom she shares three children!

Known for her extensive and pragmatic work in propagating veganism and nutritious delicacies, Jessica Seinfeld is an author and philanthropist. If you're a vegan or trying to become one, chances are you've flipped through Seinfeld's one of several books in pursuit of finding mouth-smacking recipes and analyzing the secret code to steer away from meat and its by-products. The hack is, as Seinfeld states in her book Vegan at Time, indulging in meats only once in a while.

Jessica's other best-selling cookbooks are The Can't Cook Book, Deceptively Delicious: Simple Secrets to Get Your Kids Eating Good Food, and Food Swings. Born Nina Danielle Sklar on September 12, 1971, in Oyster Bay, New York, she famously founded  Baby Buggy, later named Good+Foundation, in 2001. The New-York based non-profit has been catering essential items to the needy since its inception and has reportedly donated over $75 million of goods. Ahead are all the deets about Seinfeld's married life.

Jessica's family life becomes a topic of interest once again as the cookbook author's husband, Emmy-winning comedian Jerry Seinfeld, lauds his wife after Jessica came forward in support of the Jewish people following the recent anti-semitic incidents that started with Kanye West's tweets. "I support my Jewish friends and Jewish people," the best-selling author's post read. "She found a simple, and I thought non-aggressive, way to say something that, as we said, unfortunately, needs to be said – but does need to be said," the Seinfeld actor told Jenna Bush Hager while supporting his wife. 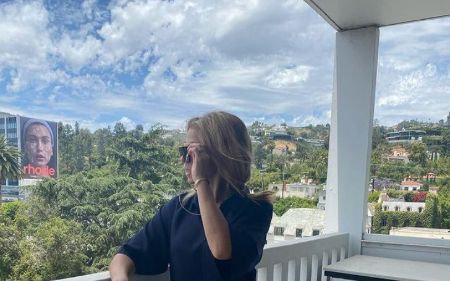 Jessica is a best-selling author and philanthropist. SOURCE: Instagram

Although the Seinfeld couple is considered a powerful couple in Hollywood, the duo didn't have the best start. When the comedian met Jessica, then Sklar, she was married to theatrical producer Eric Nederlander. Jessica, who was working as a public relations executive at the time for Tommy Hilfiger at the time, met Jerry after returning from her honeymoon with Nederlander. The New York-born author recalls how her marriage with the producer was already on the brink of dissolution when she met the comedian.

Jessica met Jerry at a Reebok gym in August 1998- a month after she ended things with Nederlander, but was still legally tied with the producer. "He attempted to make me laugh, and I was really not interested in being entertained at that moment," Jessica says as she recounts her first encounter with the comedian. Jerry's persistent attempts at making her laugh worked the second time around, and a friendship ensued- which soon turned romantic. Jessica and Jerry were spotted being cuddly and all gushy on multiple occasions, and it didn't go well with Nederlander. 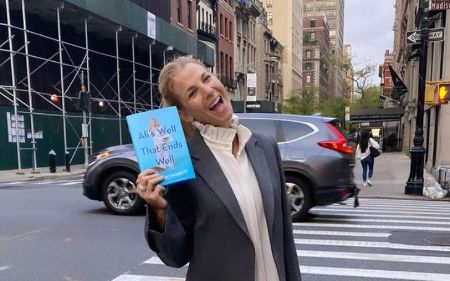 "I was manipulated, misled, and completely caught off guard by Jessica's infidelity," said the theatrical producer, who was yet to be legally separated from the author. Nederlander added, "Jerry and Jessica have no respect for decent values. They deserve each other." A year after Jessica's divorce from Eric, the author walked down the aisle with the comedian/actor in December 1999. "It was very funny and very beautiful, and they're obviously very in love," one of the 40 wedding guests said. 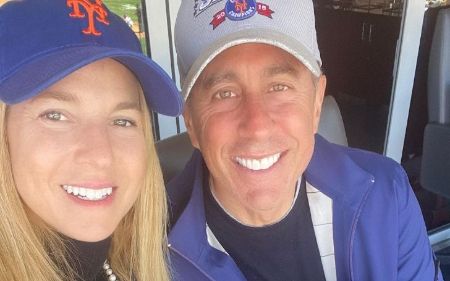 Jessica and Jerry's relationship may have started with a slew of controversies and open disparaging of the author's character- one opinion on Jessica read, "this insignificantly featured girl was lucky enough to have a wealthy, powerful Jew break, but being more ambitious, the newlywed started timing her workouts at New York's posh Reebok Club with Jerry." But the Seinfeld couple has pretty much kept it to themselves. The pair are parents to Sascha, Julian, and Shepherd.

Get to Know Jessica Seinfeld's Husband and their Kids!

A stand-up comedian, actor, writer, and producer, Jerry Seinfeld is best known for portraying the fictionalized version of himself in the popular sitcom Seinfeld- co-created with Larry David. Born in 1954 in Brooklyn, New York, Jerry experienced many failures in his early career before eventually becoming a widely-loved comedian with Seinfeld. The comedian-turned-actor has since written, starred, and produced some of the most iconic comedy flicks, including Bee Movie, the comedy special I'm Telling You For the Last Time, and the Emmy-nominated Comedian in the Car Getting Coffee. 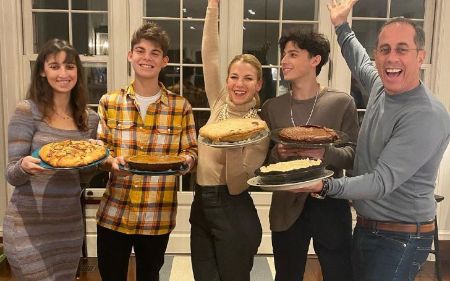 The Brooklyn-born comedian is a ten Emmy-winning comedian and is considered a cultural icon who single-handedly redefined television comedy. When away from the screen and the spotlight, Jerry plays the most important role that life has endowed him- being a father. The Emmy-winning comedian and his best-selling author are parents to three. Their oldest, daughter Sascha, was born a year after their wedding. She is currently enrolled at Duke University in Durham, North Carolina.

The Seinfeld couple's middle child, Julian Kal Seinfeld, has followed in his sister's footsteps by also getting himself into Duke University. Jessica shared a post on her son's departure last year with the caption, #2 is launched. I had fun even while searching the campus for a lost Jerry in 95F heat. Why are some men the worst at directions and instructions?" Other than on special occasions, the author rarely posts about her children.

Jessica describes Jerry as a patient and strong father!

The couple's youngest, Shepherd Kellen Seinfeld, is a 2005-born baby, which makes him 17. Not much is known about the youngest Seinfeld. The Vegan at Time author once dished on her comedian husband's parenting style. "He's patient with them. Where I am weaker, he is stronger, and we complement each other. I wouldn't change anything," Jessica revealed. The Seinfeld clan recently jetted off to Italy for a family get-together. "We have all reunited after too many months apart," the mother of three wrote alongside a carousel of pictures.