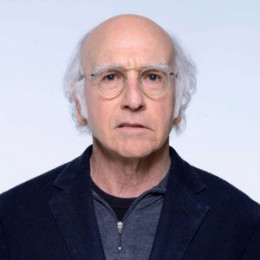 Larry David is an award-winning writer, actor, and producer. He has contributed a lot in the television industry. He is most known for his work on Seinfeld and Curbs Your Enthusiasm.

Larry David was born on 2 July 1947 as Lawrence Gene David in Brooklyn, New York. He is the son of Rose and men’s clothing manufacturer, Morty David. He is of Jewish descent.

David attended Sheepshead Bay High School. He earned his bachelor’s degree in history from the University of Maryland, College Park. He joined the United States Army Reserve after his graduation.

Larry began his career as a standup comedian in New York nightclubs in 1974. He soon got an opportunity to be the writer and performer of the comedy variety show Fridays. As a result of his incredible work his demand in the industry continuously rose up. In 1982 he started working as a writer for Saturday Night Live.

In 1989, David was hired by Jerry Seinfeld from NBC. They collaborated and developed Seinfeld, starring Seinfeld, Julia Louis-Dreyfus, Michael Richards, and Jason Alexander. He won two Emmy Awards for best comedy and best writer. He also wrote for The Contest. He won the Primetime Emmy Award for the show and it was ranked episode No.1 by TV Guide on the list of TV’s Top 100 Episodes of All Time.

Larry also featured in Woody Allen’s Radio Days in 1987 and New York Stories in 1989. He wrote as well as directed the film Sour Grapes in 1998.

His semi-scripted series Curb Your Enthusiasm in 1990 became his breakthrough work. The show won the Golden Globe in 2003 for Best Comedy Series. In 2012 he made his appearance in the classic trio The Three Stooges. He then starred and wrote Clear History in 2013 featuring Bill Hader, Jon Hamm and Kate Hudson. Apart from that, he has appeared on SNL numerous times.

David who created and starred in HBO's Curb Your Enthusiasm paid a tribute to actor Bob Einstein who died at 76 on 2nd January 2019.

The 70- year -old David married Laurie Lennard on March 31, 1993.  The husband and wife contributed as bloggers in The Huffington Post in 2005. The duo is blessed with two daughters Cazzie Laurel and Romy March.

After fourteen total years of staying together, Larry and Laurie decided to split up amicably and asked for joint custody of their two daughters. Their divorce was finalized on July 13, 2007. After separating with his wife, rumors spread about David having affair with actress Amy Landecker.

Prior to his marriage with Laurie, he was in the relationship with Monica Yates from 1970 till 1985.

The multi-talented personality David earns a jaw-dropping amount from his career. He holds the staggering net worth of $400 million.

In 2013 it was reported by Reuters that his estimated net worth is $900 million. He denied the report saying that he has nowhere near that amount.

His work in Seinfeld earned him $250 million alone in 1998. He made $55 million from Seinfeld syndication, DVD sales and Curb Your Enthusiasm.

Cazzie Laurel is the first child of Larry David and Laurie Lennard. She was born on May 10, 1994.

Romy March is the first child of Larry David and Laurie Lennard. She was born on March 2, 1996.