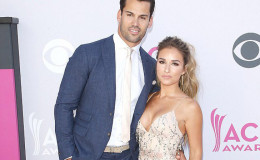 Jessie James Decker Is expecting third child with Husband Eric Decker!! The couple shares two children and were married back in 2013.

Another baby in the Decter family!!

The country music singer Jessie James Decker and her loving husband Eric Decker is expecting a third baby. The soon to be parents of three announced this exciting news on Instagram this Monday.

The gorgeous singer Jessie James is pregnant again with their third baby and she seemed really excited about the news. She shared this big news on an Instagram video, stating,

"Eric and I are so excited to share with y'all that we are expecting baby Decker number 3! As you can see Viv is so happy and Bub doesn't quite know what's going on, but we are over the moon and feel so blessed and can't wait to meet this little one end of March"

The powerhouse couple together starred in the E! reality show Eric & Jessie: Game on which returned in September 2017. And on the show, she had confessed that she would love to have another baby soon which finally came true for her. A big congratulation to the couple!

Jessie married her longtime boyfriend NFL player Eric Decker back on June 22, 2013, in a lavish wedding at St. Francis in Castle Rock, Colorado and welcomed their first baby Vivianne Rose Decker in March 2014. 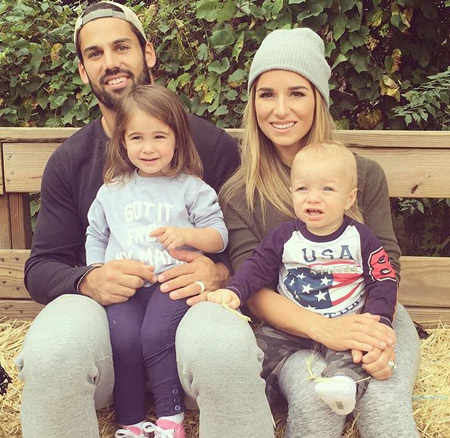 Jessie and Eric Decker with their two kids, Source: Instagram

In her interview with People back in August, she dropped some hints on having another baby.

"I do see more kids in the future. I don’t know if it is necessarily right now, but we’re not doing anything not to have more kids. We’re just leaving it up in the air and leaving it in God’s hands"

stated the singer and now they're on their way to expand their family.