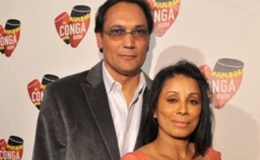 Once upon a time, American actor Jimmy Smits was married to his high school sweetheart. But, that ship turned out to be too weak and eventually sank. However, Jimmy's fortune changed after meeting a top-notch veteran actress Wanda De Jesus, who is also known for her role in RoboCop 2.

The Emmy-award-winning actor Jimmy Smits rose to fame as a co-star on the popular NBC television series 'L. A Law'. Jimmy was once a married man and shared marital bliss with his former late wife, none other than his high school sweetheart, Barbara Smits. The two started dating while attending the same university for few years before making the relationship official with marriage in 1980. 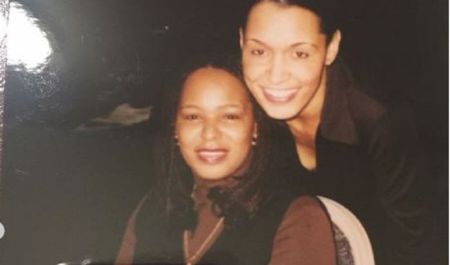 The former wife of Jimmy Smits, Barbara Smits, with her daughter. SOURCE: Pinterest

While the actor was only 19, Barbara gave birth to their first child, Taina Smits. The arrival of the second child, a son, Joaquin Smits, brought immense happiness to the family. Everything seems to be going fine in the marriage.

But the tension began to rise among former husband & wife after Barbara discovered Jimmy's infidelity with another actress. Barbara decided to file for divorce that got finalized in 1987. The divorce papers filed also indicated that the actor would not seek custody of the two children. 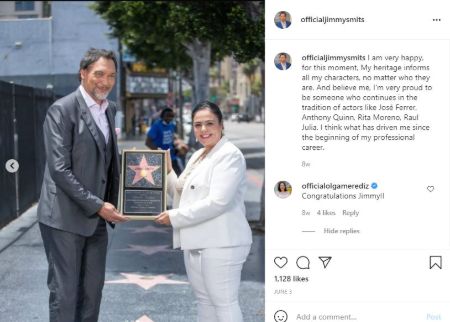 Sadly Jimmy's former wife, Barbara, is no more with us. The complication of her illness- pneumonia took her life on April 16, 2010. She is survived by her children & loving grandchildren. Before her last breath at the age of 54, Barbara used to work at Cornell Cooperative Extension-New York(CCE-NYC) for almost three decades. Barbara lived the rest of her life in Brooklyn, N.Y, with the couple's two children.

Following the divorce, Jimmy lived together with his long-time companion & girlfriend, Wanda De Jesus. The two first met in New York in the early 1980s while Wanda was shooting for a film. Jimmy came closer to the Ghost of Mars actress after their daily meet-up, both having a common interest in the Hollywood industry. Eventually, friendship with Wanda later transformed into a passionate affair. 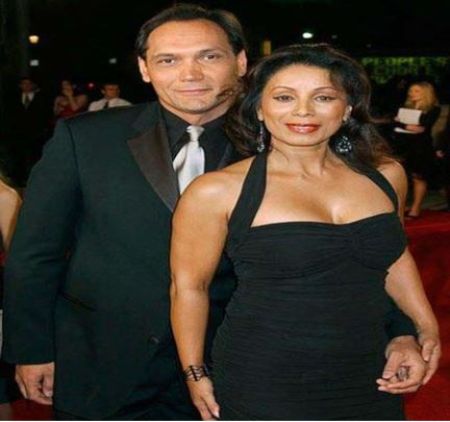 Jimmy Smits together with his soulmate Wanda de Jesus at some event. SOURCE: Getty Image

Further, it's been over 35 years since their romance blossomed. Jimmy Smits looks quite happy with his life and regularly makes public appearances with his partner. However, Smits and Jesus still aren't engaged & are yet to start a family.

Apart from all these, Jimmy made headlines with the scandalous event on August 9, 1987, along with Wanda De Jesus. Both were convicted on a charge of battery and assault for an alleged attack on three police officers. Actually, police authorities arrived at his West Los Angeles home after the reports came from a woman screaming for help. Later on, Smits and DeJesus faced probation for 18 months in Country Jail and were fined $150.

How rich is actor Jimmy Smits?

The American actor, Jimmy Smits, best known for his detective roles, came to the limelight for his role as NYPD Detective Bobby Simone in NYPD Blue, Matthew Santos in The West Wing, and Senator Bail Organa in the Star Wars. Jimmy is still active in the entertainment sector. Jimmy now plays the character of lawyer Victor Sifuentes on the NBC drama Brooklyn Nine-Nine, a hit in its second season.

Check out the video of Jimmy Smit appeared at GMA's shown below.

The Brooklyn native Jimmy Smits definitely is blessed with a successful career. From his many years of contribution as an actor, Jimmy managed to amass a whopping net worth of $25 million. The Starwar cast receives an annual paycheck of $150,000 per episode through a series like NYPD Blue. Jimmy relishes a lavish lifestyle with his love of life and resides in a 4,405 sq ft California home, which he bought for $1.5 million in 1993.