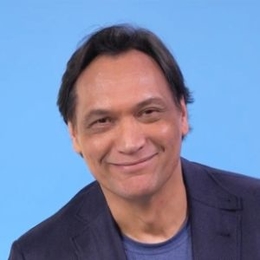 Jimmy Smits is an Emmy award-winning actor who is prominent for his role in movies including LA Law, NYPD Blue, and Rogue Won.

The Emmy-award-winning actor Jimmy Smits rose to fame from his realistic acting in movies like LA Law and NYPD Blue. Well, Jimmy is successful and still remains as active in Hollywood as he has been since the 1980s. But Smits' personal life had few bumps with divorce & the meeting of a new girlfriend. What exactly happened? 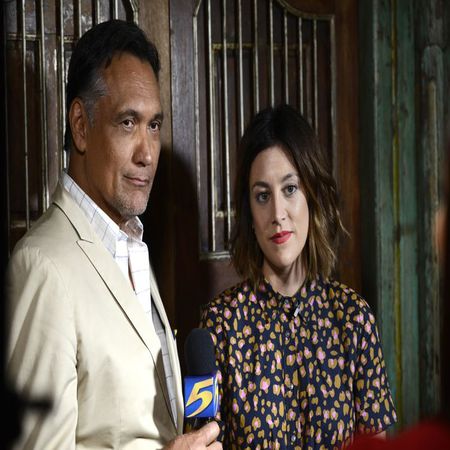 A picture of Jimmy Smits taken at an interview. SOURCE: Pinterest

Once upon a time, Jimmy was a married man. He tied the knot with Barbara Smits aka his high school sweethearts. The pair first encountered while studying at Thomas Jefferson High School. Jimmy and Barbara became close friends and after spending decent quality time, Jimmy eventually fell head over heels for her.

The duo eventually turned their relationship into nuptials when they walked down the aisle in 1981. Together, they even welcomed two children, a daughter Taina Smits and son Joaquin Smits. As for his daughter Tania, she is married with two beautiful children. 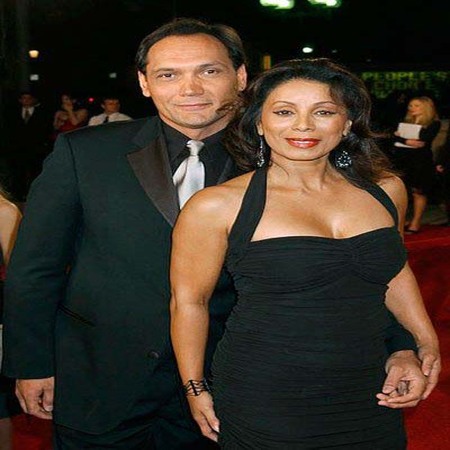 Everything seemed to go smoothly in their husband-wife relationship. But, slowly, their relationship was turning bitter. It is said that the arrival of new girlfriend Wanda de Jesus brought havoc in their marriage. And in 1987, Jimmy finalized his divorce. Following the divorce, both paved the way; Barbara stayed single. Meanwhile, Jimmy moved on with his long-time companion & partner, Wanda de Jesus.

Speaking of his ex-wife, Barbara Smits is no more. For a long time, Barbara was a pneumonia patient. Eventually, in April 2010, she passed away from pneumonia with severe complications. Barbara is survived by two grown-up children & grandchildren.

Who is Jimmy Smits Dating?

Following the divorce, the NYPD Blue actor Jimmy Smits is currently dating fellow actress Wanda de Jesus. Wanda is best known for portraying Luisa Diaz at Downtown and Estevez on Robocop 2. It may be surprising to many, but Jimmy still isn't engaged with his current girlfriend. 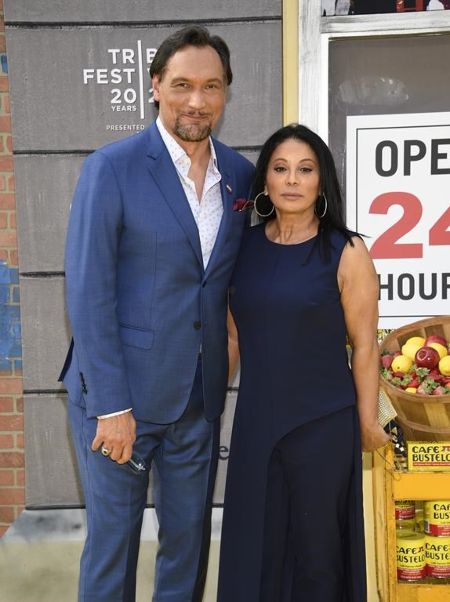 Further, it's been over 35 years since the two first came romantically closer. However, Smits and Jesus don't share any children either. Yet, Jimmy Smits looks quite happy and delightful with his life. Jimmy also often makes public appearances with his partner, particularly at award shows and movie premieres.

On the other hand, things have been scandalous for Jimmy & Wanda as they faced a legal issue in 1987. The reason for the charge was a battery on an on-duty police officer. To be precise, Wanda misidentified herself as Juanita Cruz when police questioned her. Further, when Jimmy arrived, he began to assault the police. They were arrested at the spot & charged 18 months of probation and a $150 fine.

The veteran actor, Jimmy Smits, began his illustrious journey in acting with Miami Vice in 1984. Later, Jimmy acted in the films like LA Law, My Family, NYPD Blue, and Star Wars 2. His starred movie Rogue One generated $1.05 billion. He also starred alongside Andrew Jack, Paul Blake, and Adam Driver in Star Wars.

Watch the video of Jimmy Smits at Golden Globes 1996 below.

According to Celebrity Net Worth, Jimmy Smits summoned an astonishing net worth of $15 million. Per episode on Outlaw, the Starwars Star collects a payroll of $150,000. Not to mention, Jimmy also owns $1.5 million worth of a luxurious house in Los Angeles. The property includes four bathrooms and bedrooms situated on 4,405 square feet of living space.

Likewise, he is also involved in philanthropic works, including advocating for cancer research. And in 1997, Smits co-founded the National Hispanic Foundation for the Arts to help Hispanic talent outshine in the media industry. Currently, Jimmy lives a lavish life together with his beloved partner in his mansion.

Jimmy Smits was once a married man. He walked down the aisle in 1981. But their marriage ended in 1987,

Taina Smits is the daughter of Jimmy Smits and her ex-wife, Barbara Smits.