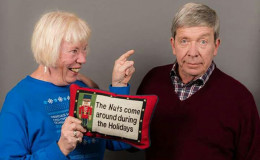 A long-lasting relationship is everyone's dream. The retired Colorado Springs Police Department detective Joe Kenda has achieved the best in his professional as well as personal life.

A long-lasting relationship is everyone's dream. The retired Colorado Springs Police Department detective Joe Kenda; the father of two has been living a blessed married life with his high school love Mary Kathleen Mohler Kenda for more than 50 years.

Although the detective had affairs in the past with whom he eventually split, the Homicide Hunter star and his wife have set an example of a true relationship for all of us.

What is Joe Kenda Up To Now?

Joe Kenda, the retired Colorado Springs Police Department detective lieutenant is married to his high school sweetheart, Mary Kathleen Mohler Kenda for five decades and two years now. The family of four is living blissfully with no rumors of separation.

The duo is blessed with two children, Dan and Kris. The couple's son, Dan is a former US Navy commander, and Kris, a retired US Air Force major. The whole Kenda family can be watched on the Homicide Hunter episode "Married to the Job".

Hermine, Pennsylvania born man featured in the "Homicide Hunter: Lt. Joe Kenda Season 9 until January 29, 2020. Unfortunately, following a notable run of nine seasons, it has been assured the series will no more be renewed for another season.

See More: A Current Affairs', reporter Ben McCormack's shameless activity has led him to destroy his 25-year of a reporting career

The couple soon fell for each other and after a few years of relationship, they married in December 1967. The couple has happily crossed half a century of their married life without any sign of divorce and we must salute them for that! 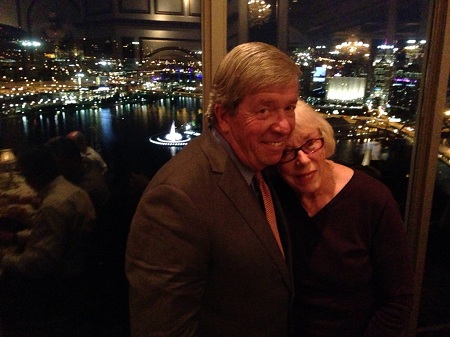 Kenda is definitely a protective and loving husband. Besides that, he is also a father of two, a son, Daniel J. Kenda who's a US Navy Commander Intelligence Officer in Virginia and a daughter who works for the US Government. 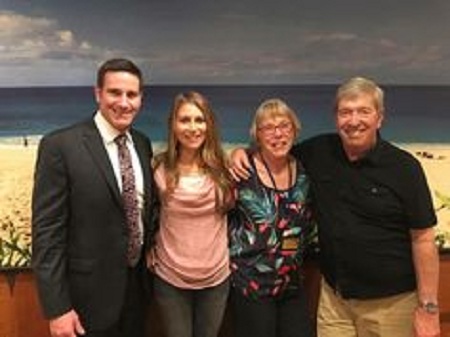 Joe Kenda with his family

In June 2015, the TV personality shared some information about his son and daughter via Twitter post during the occasion of Father's Day:

My daughter added to my Father's Day advice" he gave us a bullshit detector second to none".....

The post is followed by his comments where he states that his son is in the U.S. Navy and his daughter works for the U.S. Government.

Joe Kenda's Television Career: How It All Started?

Most former police officers don't enjoy the things they get after retirement from their posts. However, someone like Kenda, 71, has become the real crime star through the Investigation Discovery series Homicide Hunter. Most importantly, his wife was very supportive during his service years as a Lieutenant and after retirement in 1996. It is Mary Kathleen who encouraged him to share his story with the whole world.

Denver TV series editor Patrick Bryant contacted and interviewed Kenda as a part of a TV special about the local drug trade on which Kenda had been working.

Bryant was highly impressed by Kenda and his works. Later, he built up an idea of developing a TV series built around Kenda's career as a homicide detective. 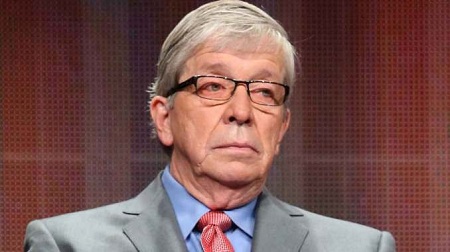 Kenda was appointed in the department in 1973 and was later promoted to detective in 1977. Kenda initially denied working in the TV series when he was asked to read the script. He said,

A younger version of Kenda is played by the actor Carl Marino. The cases are told by Kenda in an extemporaneous narrative way.

The series also includes the contribution of the witnesses to the crimes, family, and friends of the victims along with the media and others.

You Might Like: Four-Time Cop Of The Year NYPD Officer Shoots Himself In an Upstate New York Restaurant

The series premiered back in October 2011 and is being filmed in Knoxville, TN. It is currently going on in its 7th season and Kenda misses no chance to publicize it via his Twitter account. 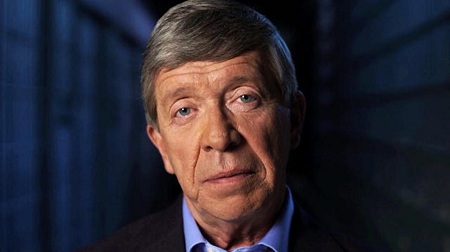 Be sure to check out our page Marriedwiki.com.