Who was Johnny Cash Married to? Complete Story Here 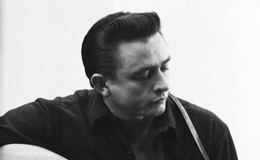 The late country singer was married twice and was a father to seven: Inside the legendary singer Johnny Cash's Life and Relationships!

Although known as a legendary country singer, Johnny Cash's career spanned various genres, including rock and roll, gospel, folk, and blues. Considered a man of many talents, Cash battled reciprocal evils throughout his life. As the living icon, Kris Kristofferson sings about Cash, "he's a walking contradiction, partly truth and partly fiction," Cash indeed lived his life in extreme contradiction. The most fervent believer of God in his brightest days, Cash steered away from the faith during his darkest.

Johnny R. Cash was born on February 26, 1932, in Kingsland, Arkansas. Fourth of the seven children born to Carrie Cloveree and Ray Cash, Johnny grew up in a poverty-stricken and grief-ridden childhood. Just like any kid of the 40s era, Cash first delved into marriage before he could figure out his career or himself, for that matter. Cash landed his first recording at the famous Sun Records, whose biggest asset at the time was Elvis Presley. It wasn't long before Cash's songs ranked on the top charts and the great Presley raved about what a prodigy Cash was.

Johnny Cash and His First Wife!

The Get Rhythm crooner was in his early 20s when he married his first wife, Vivian Liberto, whom he met as a teenager in 1951. The pair were together for years, even during Johnny's deployment to Germany by the US Airforce. Following the singer's return, the couple tied the knot in front of their close friends and family in 1954 and proceeded to live a quiet life in Memphis, Tennessee, until Cash's fame ruined everything. Cash's hitmaker, I Walked the Line, was about his first marriage with Liberto. 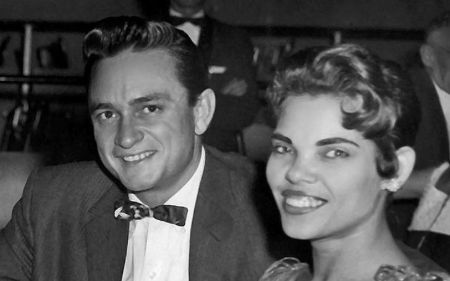 During their sixteen years as spouses, Cash and Vivian welcomed four daughters, singer Rosanne Cash, Kathy, Cindy, and Tara. Trouble started knocking on the couple's paradise when Cash hit the jackpot with his debut single Cry! Cry! Cry!. The Arkansas-born was now away from home most of the time while Vivian tended to their four daughters full-time. As per biographers and the late couple's surviving kids, Liberto tried to save her marriage for decades before finally deciding to give up.

"I'm saying it looking back from decades on and going; that was f*cked up," Cash's daughter Roseanne said, adding, "That's not how children should be raised." Tired of the singer's incessant neglect, drug use, and many adulteries, Vivian filed for divorce from Cash in 1966. Vivian, who was a devoted housewife otherwise, oblivious to the Hollywood housewives' lifestyle, was forcefully brought into the limelight when a publication questioned Liberto's ethnicity in 1965 when the Grammy winner was infamously arrested for buying drugs near the U.S-Mexico border. 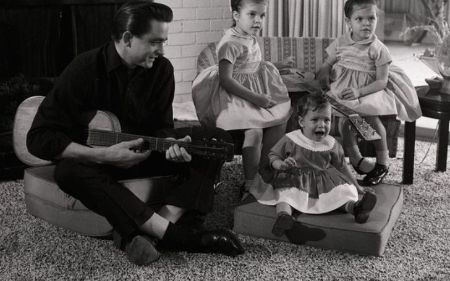 Liberto, previously believed to be of German-Irish descent, appeared Black in the rare photo of her Cash. The benevolent housewife suffered the wrath of the White supremacist as interracial marriage wasn't legal at the time. A paper's headline read, "Arrest Exposes Johnny Cash's Negro Wife." Liberto later blamed Cash's infidelity with June Carter for their divorce, but she is still remembered as the woman who never stopped loving Cash.

Cash and Liberto's unexplored marriage was chronicled in the documentary 'My Darling Vivian!

"Even though I didn't see or talk to him very often, just knowing he was on the planet was enough. But now that he's not, I don't know if I want to be here," Vivian told her daughters. She was married to police officer Dick Distin for two years after her divorce from Cash. Liberto died of surgery complications in 2005, two years after Cash's death. "She wanted people to know June went after Johnny," Liberto's book I Walked the Line: My Life With Johnny's co-author Ann Sharpsteen said in a statement.

Although Cash's affair with June Carter started in the 60s, the Ring of Fire crooner was introduced to the bona fide Hollywood star in the 50s. Cash was fresh off his chart-topping song I Walked the Line when he crossed paths with performer Carter on the Grand Ole Opry stage in 1956. June was three years senior than Cash, who grew up listening to Carter. "I feel like I know you already," June told Cash on the first instant. 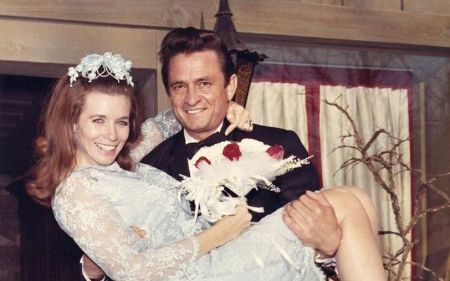 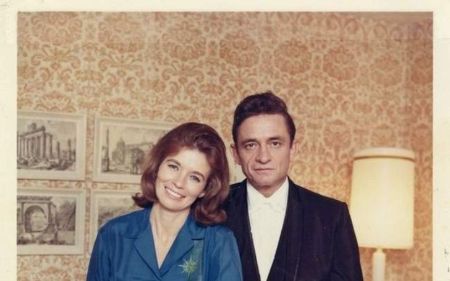 Johnny died of complications from diabetes in 2003. SOURCE: Instagram

Despite the surmounting circumspect throughout their relationship, Johnny and June tied the knot on March 1, 1968, after Cash proposed to her during one of their many live performances. The couple welcomed one son, John Carter Cash, and the Cry! Cry! Cry! crooner also played a doting stepfather to June's two kids from her previous marriage. The duo remained married till Cash's death from diabetes in September 2003.