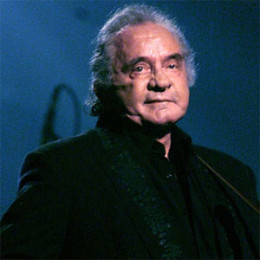 Johnny Cash, an American singer-songwriter married twice in his life to two different women and shared five children with them.

Then he married June Carter Cash, a member of the Carter Family in 1968 and divorced in 2003. The couple had a son John Carter Cash, a singer-songwriter born on 3rd March 1970.

How Blissful was hi Married Life?

Johnny Cash, the rock and roll singer's first marriage was to Vivian Liberto. The musician first met 17-year-old Vivian Liberto in her hometown, San Antonio, on 18 June 1951 while he was in Air Force training. Interesting isn't it?

He dated Liberto for three weeks and was deployed to Germany for three years tour.  At that time, the pair exchanged at least a hundred pages of love letters. After being in a distant relationship for three years, they walked down the aisle at St. Ann's Roman Catholic Church in San Antonio on 7 August 1954. The wedding ceremony was performed by his uncle, Vincent Liberto. 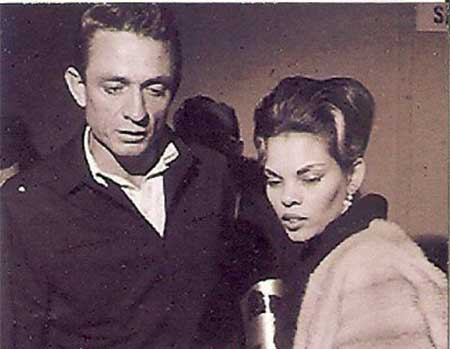 The couple were blessed with four children including Rosanne Cash, a singer-songwriter born on 24th May 1955, Kathy Cash born on 16th April 1956, Cindy Cash born on 29th July 1959 and Tara Cash, an actress born on 24th August 1961. They even lived for some years at hilltop home overlooking Casitas Springs, California.

The family of six was living blissfully until Cash had an addiction, alcoholism. Therefore, Liberto filed for divorce because of his severe alcohol and drug abuse in 1966 were officially separated in 1968. All four kids were raised by Liberto herself.

Past Affair: His Second Marriage to June Carter

The couple walked down the aisle on 1st March 1968 in Franklin, Kentucky. Two years later being wedded, they welcomed a son named John Carter Cash on 3rd March 1970. 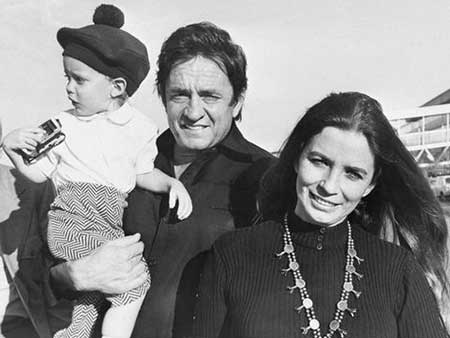 The couple was so much in love that they did everything together. They raised their son, created music and went on music tours together until his death in 2003. He and Orson Bean were one of those 500 guests who attended director James Keach and Jane Seymour's wedding in May 1993.

In 1997, he was diagnosed with the neurodegenerative disease called Shy-Drager syndrome which was previously misdiagnosed as Parkinson's disease.

He was hospitalized with severe pneumonia with damaged lungs in 1998. He was at Baptist Hospital in Nashville during the last days of his life.

He died on 12 September 2003 at the age of 71 after several complications associated with diabetes.

How Much Was Johnny Cash's Net Worth?

Cash had an estimated net worth of about $120 million. Though he came from Arkansas, he spent most of his last days in Tennessee.

He had a home on a little ranch in Bon Aqua. After his death in 2003, the house was abandoned. The house remained empty for many years, however, it is now open for the public as the 'Storytellers Museum'.

He was enlisted in the United States Air Force on 7 July 1950. He returned to Texas after being tragically discharged as a staff sergeant on 3 July 1954.

It was the same year he moved to Memphis, Tennessee where he visited the Sun Records studio with a hope to get a contract. In 1955, he succeeded in making his first recording on Sun;  "Cry! Cry! Cry!" and "Hey Porter".

He was best known for his calm bass-baritone and deep voice. 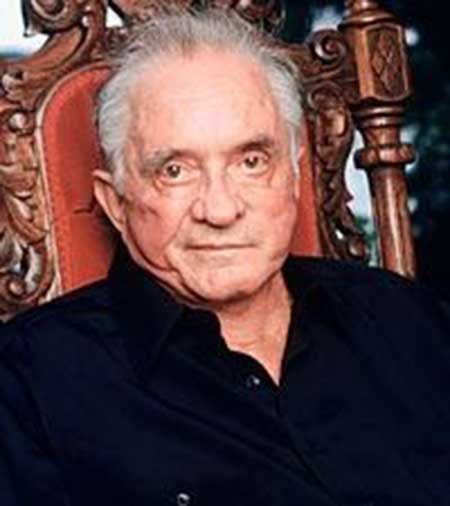 Johnny Cash aka 'The Man In Black',
Source: Pinterest

He was one of the best selling music artists of all time selling more than 90 million records all over the world. Primarily starring as a country music icon, he was generally known for songs and sound embracing rockability, blues, gospel, rock and roll, and folk.

His music basically contained moral tribulation, sorrow, and redemption. Some of his songs included 'Get Rhythm', 'Man in Black', 'Ring of Fire',  and 'I Walk the Line'.

His career was handled by Saul Holiff, a London, Ontario, promoter. Their relationship was best reflected in Saul's son's biopic named 'My Father and the Man in Black'.

He was imprisoned many times in his entire life. He was last arrested in Walker County, Georgia in 1967 when police found him carrying a bag with prescription pills. He began prison concerts in the late 1950s with the first one on 1st January 1958 at San Quentin State Prison.

His performance led to his successful albums like Johnny Cash at San Quentin and Johnny Cash at Folsom Prison; both reaching at no. 1 on Billboard country album music. He starred in his new TV show for two years starting in 1969.

Till the demise, Johnny grabbed multiple of prestigious awards like Grammys, Country Music Association Awards, and many others.

In 1967, he won a Grammy Award for "Jackson" performing diet with June Carter. Besides, he also appeared in an episode of Little House on the Prairie and as John Brown in the 1985 American Civil War TV miniseries North and South.

He achieved the Kennedy Center Honors in 1996. In 2001, he was praised with the National Medal of Arts. Working with Tom Petty and the Heartbreakers, he released Unchained in 1996. The album won the Best Country Album Grammy in 1998.

He released the albums American III: Solitary Man in 2000 and American IV: The Man Comes Around in 2002 during the last stage of his career.

John R. Cash was born on 26 February 1932 in Kingsland, Arkansas to Carrie Cloveree and Ray Cash. He was the fourth among seven kids in the family. Roy, Margaret Louise, Jack, Reba, Joanne, and Tommy were his brothers and sisters. Among all, he was very close to his elder brother Jack.

He belonged to Scottish and English descent. He was just three years of age when he shifted to Dyess, Arkansas with his family. He sang on a local radio station when he studied in high school.

He released an album called My Mother's Hymn Book; an album of traditional gospel songs. He received multiple Country Music Association Awards and Grammys Awards. 'Man in Black: His Own Story in His Own Words, Zondervan, 1975' was his popular book.

Johnny Cash was previously married Vivian Liberto in 1954 and divorced in 1968.The couple had four children.

He married June Carter Cash, a member of the Carter Family in 1968 and divorced in 2003.The couple had one son.

His daughter Rosanne Cash, a singer-songwriter was born on 24th May 1955.

The couple had a son John Carter Cash, a singer-songwriter born on 3rd March 1970.