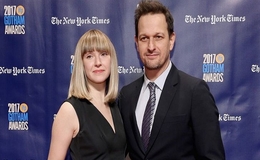 Despite his successful acting career, Josh Charles is more proud as a father to his adorable two kids he shares with his loving wife, Sophie Flack.

Actor Josh Charles who is quite popular among the TV fans for his appearance as Will Gardner on The Good Wife has his eyes set for only one woman. The woman he has been fancying for the past fourteen years. Can you believe that? 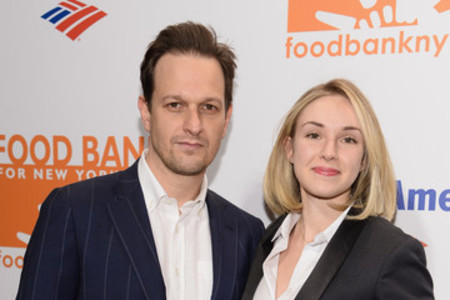 Charles and his wife Sophie Flack have been married for seven years but together for fourteen years. Josh and his then-girlfriend turned wife began dating in 2006. Needless to say, the two lovers were strongly head over hills and shifted their relationship into marriage in 2013.

The Dead Poets Society's star and his wife, a former ballet dancer of nine years wanted their affair and wedding as secretive as possible which is why pictures from their big day are still kept under the radar.

Their big day took place in Manhattan, New York at a private residence, though. Only a few limited close friends and family were invited to their ceremony. Both the bride and groom had then hosted their wedding dinner at an Italian restaurant after the nuptials took off.

Since their wedding, actor Josh Charles and his wife Sophie Flack haven't looked back and started their own family. Speaking of which, the Sports Night star and his partner are proud parents of two children including a son and a daughter. 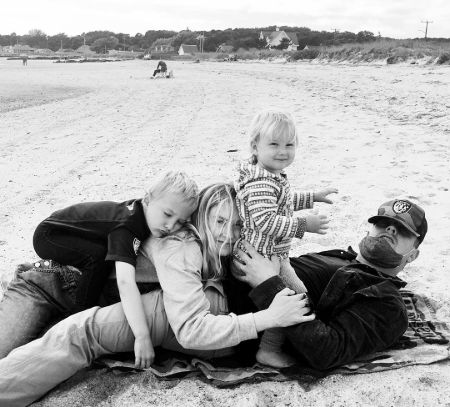 Flack became pregnant with her first child, a son named Rocco Charles in early 2014 and gave birth to him on 9th December. The couple then welcomed their daughter Eleonor Charles on 23rd August 2018.

Josh is Jewish since his father was one and raises his children with the same faith. Other than that, the family of four resides in Massachusetts in a luxurious mansion, Charles had been able to afford with his net worth of over $3 million.

Whereas for his wife, Flack has been working as a writer and worked on her book called Bunheads. Charles' adorable family can be often seen on his Instagram account.