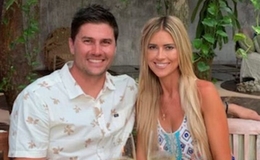 Flip or Flop star Christina Haack has found a new love, Joshua Hall. With the growing love for each other and blossoming romance, the lovebirds are pretty much inseparable. Find out more about handsome hunk Joshua Hall.

Christina Haack from HGTV's Flip or Flop revealed her relationship on July 8, 2021, after keeping it secret for months. But, the blonde beauty eventually confirmed her relationship with her boyfriend, Joshua Hall. Christina eventually came closer to Joshua after finalizing her divorce to Ant Anstead, a British TV show host, and a former motor specialist. 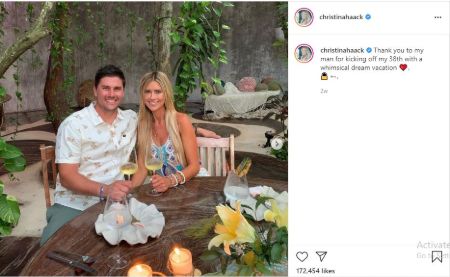 Joshua Hall with the love of his life Christina Haack. SOURCE: Instagram(christinahaack)

Additionally, it was at a real estate conference where Joshua first met Christina. The lovebirds share common interests, including involvement in the real estate industry. Christina and Joshua, on July 6, 2021, were spotted holiday hands at the airport in Los Angeles.

Likewise, Christina posted a couple's picture on Instagram with a heartful caption explaining how they met and the anxiety she felt about Joshua being in the spotlight while thanking him for "the whimsical dream vacation" in Mexico for her 38th birthday. 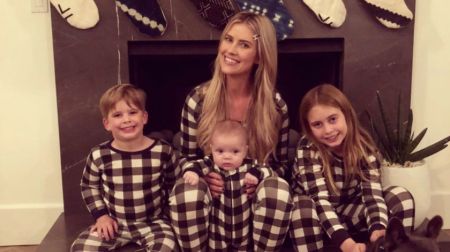 Further,  Joshua & Christina's budding romance continues to blossom as they enjoyed a fun-filled date and posed in front of Sleeping Beauty's Castle at Disneyland in July 2021. It seems like the newest couple is gushing over each other and are pretty inseparable.

Before Christina Haack, Joshua Hall was married to a woman named Chelsea back in 2016. His sister Jessica Haack took to Instagram to celebrate Johsua's first wedding anniversary in August 2017. The marital bliss between the two was short-lived and ended with divorce.

Past Marriage of Flip or Flop's cast Christina Haack

The Flip or Flop star Christina Haack previously shared marital bliss with her co-star Tarek El Moussa. The couple parted ways in 2016 but finalized their divorce at the beginning of 2018 after nine years of marriage. Haack and El Moussa also share two children- Taylor Moussa and Brayden Moussa. 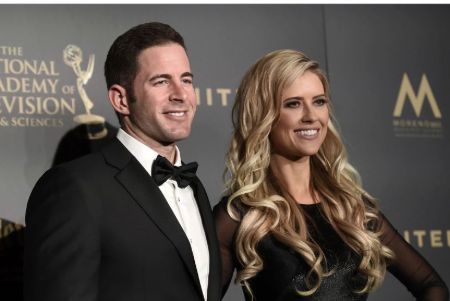 Following the divorce with Tarek, Haack walked down the aisle with the British TV personality Ant Anstead in an intimate surprise wedding at their home in New Port Beach, California, in December 2018.

In fact, the two met through a mutual friend. The former couple also shares one child, a son named Hudson Ants. Needless to say, Christina took back her maiden name after she announced divorce from Ant Anstead after ending marital bliss of fewer than two years.

What does Joshua Hall do?

Besides being the new love of Christina Haack, Joshua Hall is also known as a realtor. As for 2021, Joshua serves at Spyglass Reality in Texas since December 2020. Before his real estate career, Hall worked as a police officer. Joshua became a cop at the age of 21 but retired 16 years later due to injuries that compelled him to shift his career.

Check out the video of Christina Haack calling her Bf Joshua Hall Ride her Die amid Tarek El Moussa Drama below.

Well, believe it or not, but Joshua Hall has a celebrity sibling. Joshua's sisters- Stacie Adams and Jessica Halls, are popular faces on reality television shows. Stacie, who played the role of Dam, the Bartender, was a regular face in the fifth seasons 5 and 6 of The Hills.

Coming to Joshua's girlfriend, Christina possessed a total wealth of no less than $12 million. In May 2019, Christina launched her own new HGTV show called Christina on the Coast. Christina also purchased the Newport Beach home in 2018 for $4.1 million. Nonetheless, Joshua and her beautiful girlfriend relish a blissful life, and it won't be surprised if they soon take their lovey-dovey relationship to a whole new level.